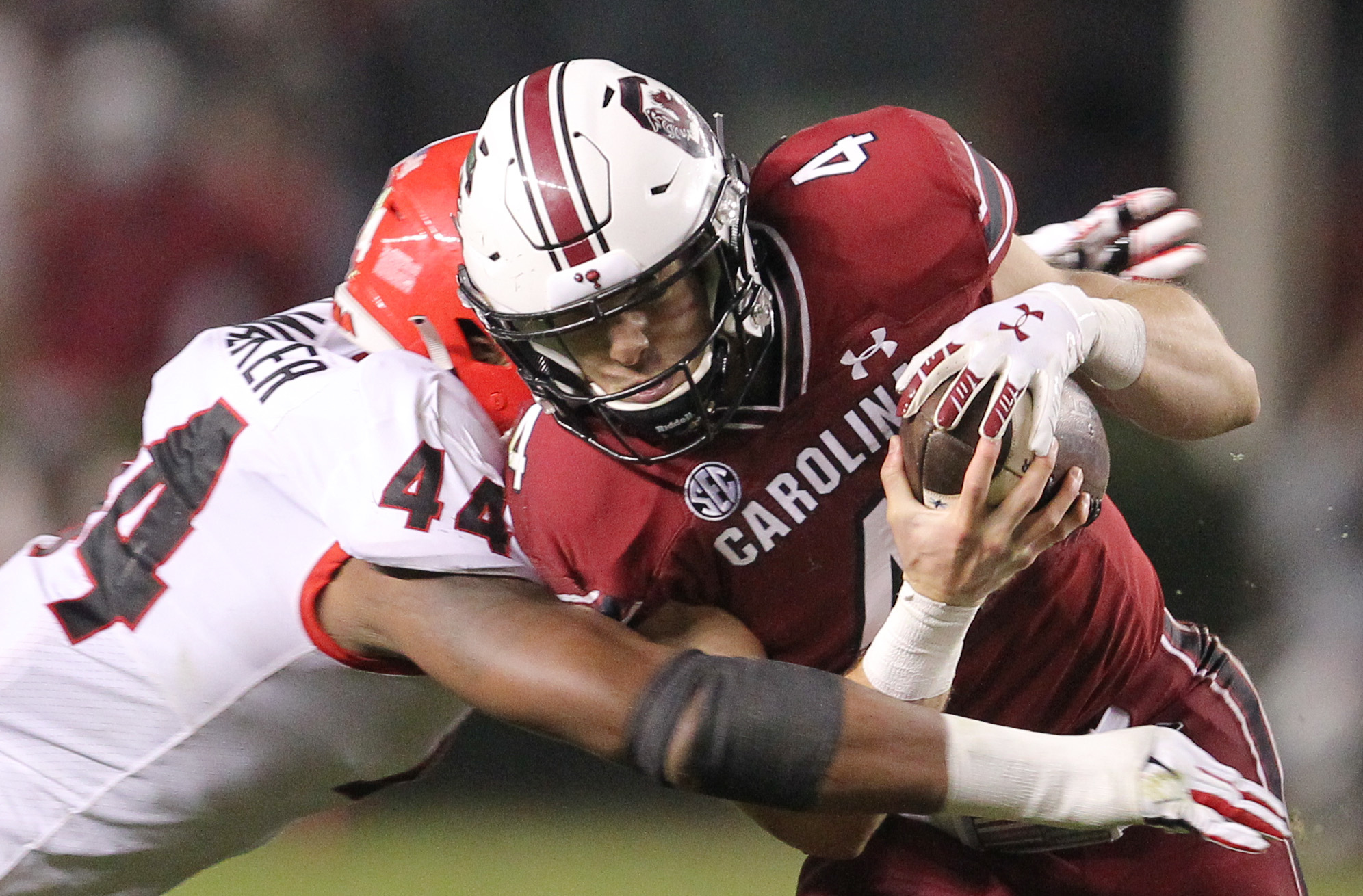 The University of South Carolina football team had a year to forget in 2020. After getting fans’ hopes up with an early season upset win over then-No. 15 Auburn, the Gamecocks collapsed in spectacular fashion during their Covid-19-shortened season.

South Carolina dropped its next three games by a combined score of 159-69 – resulting in the firing of former head coach Will Muschamp on November 15. First-year offensive coordinator Mike Bobo didn’t fare much better after taking over for Muschamp, losing the final three games on South Carolina’s slate.

How did the team fare in its annual rivalry against Clemson?

Yeah … that game wasn’t even played thanks to a controversial scheduling decision by the Southeastern Conference (SEC), sparing South Carolina what would have been a seventh consecutive defeat to the Tigers.

Despite finishing the season with an atrocious 2-8 record, the Gamecocks are going bowling – accepting a bid to play in the 2020 Union Home Mortgage Gasparilla Bowl in Tampa, Florida this Saturday (December 26, 2020).

Hold up … aren’t teams with losing records not supposed to play in bowl games?

No, they’re not … but back in October the NCAA waived bowl eligibility requirements for the 2020-2021 season, citing a “desire to provide maximum flexibility during the COVID-19 pandemic.”

More like important advertising opportunities for struggling television networks that don’t want to take a bath … and struggling athletics departments that desperately need the cash.

Anyway, while 2-8 South Carolina is going bowling (against Conference USA champion UAB), 9-2 Army finds itself left out of the cold after the 2020 Radiance Technologies Independence Bowl was cancelled due to opt-outs by the Pac-12 conference.

That’s right … a team with two wins is playing in a bowl game while a team with nine wins is getting shut out.

“Army finished the season 9-2 and doesn’t get to play in a bowl game,” tweeted CBS analyst Danny Kanell. “South Carolina finished 2-8 and gets one. College football in a nutshell.”


“They deserve better, period,” Army athletics director Mike Buddie said in a statement. “They have earned an opportunity to get 10 wins and, as we have all year, we will continue to fight to get them that opportunity.”

Honestly, South Carolina should give Army its bowl bid.

In fact, the school’s president Robert Caslen – who happens to be the former superintendent at West Point – should call Buddie today and make it happen.

Why? Because South Carolina has absolutely no business playing in a bowl game.

The Gamecocks didn’t earn it, don’t deserve it and shouldn’t accept it.

Hell, you can add up South Carolina’s wins from the past two seasons and this team is barely bowl-eligible under normal circumstances.

And frankly, an extra week of practice isn’t going to do a whole helluva lot to reorient the trajectory of this once-proud program – which was ranked among the nation’s top 25 teams for a school-record 69 consecutive polls beginning in September 2010 and ending in September 2014.

The Gamecocks won eleven games in consecutive seasons from 2011 to 2013. They haven’t won ten games since, though, and have dropped thirteen of their last nineteen games – a stretch that included ten double-digit defeats and seven losses by margins of twenty or more points.

Of course, South Carolina isn’t going to give up its bowl bid. The school desperately needs the $1 million pay day to help compensate for the galling incompetence it demonstrated in managing Muschamp’s massive buyout.

And besides, the SEC would not permit South Carolina to bail on the game as it needs every eligible team to play in order to fill out its contractual obligations – which is why 3-7 Arkansas, 3-7 Mississippi State, 3-7 Tennessee, 4-6 Kentucky and 4-5 Ole Miss are all going bowling even though none of them will finish the season with a winning record.

Mississippi State, ironically, will play in the Armed Forces bowl … adding insult to injury for Army (and further embarrassment for the SEC).

Anyway, for those of you Gamecock fans with sufficient stomach to absorb this indignity, kickoff from Raymond James Stadium in Tampa is currently scheduled for 12:00 p.m. EST on December 26, 2020 with ABC providing national television coverage.

Bobo will continue to coach the team in his interim capacity, with new head coach Shane Beamer observing practices from the sidelines.

UPDATE: Army has a bowl invitation after all. Due to a Covid-19 outbreak within the Tennessee football program, the Black Knights will take the Volunteers’ place in the 2020 AutoZone Liberty Bowl.

UPDATE II: South Carolina is now opting out of the bowl game due to a Covid-19 outbreak of its own.