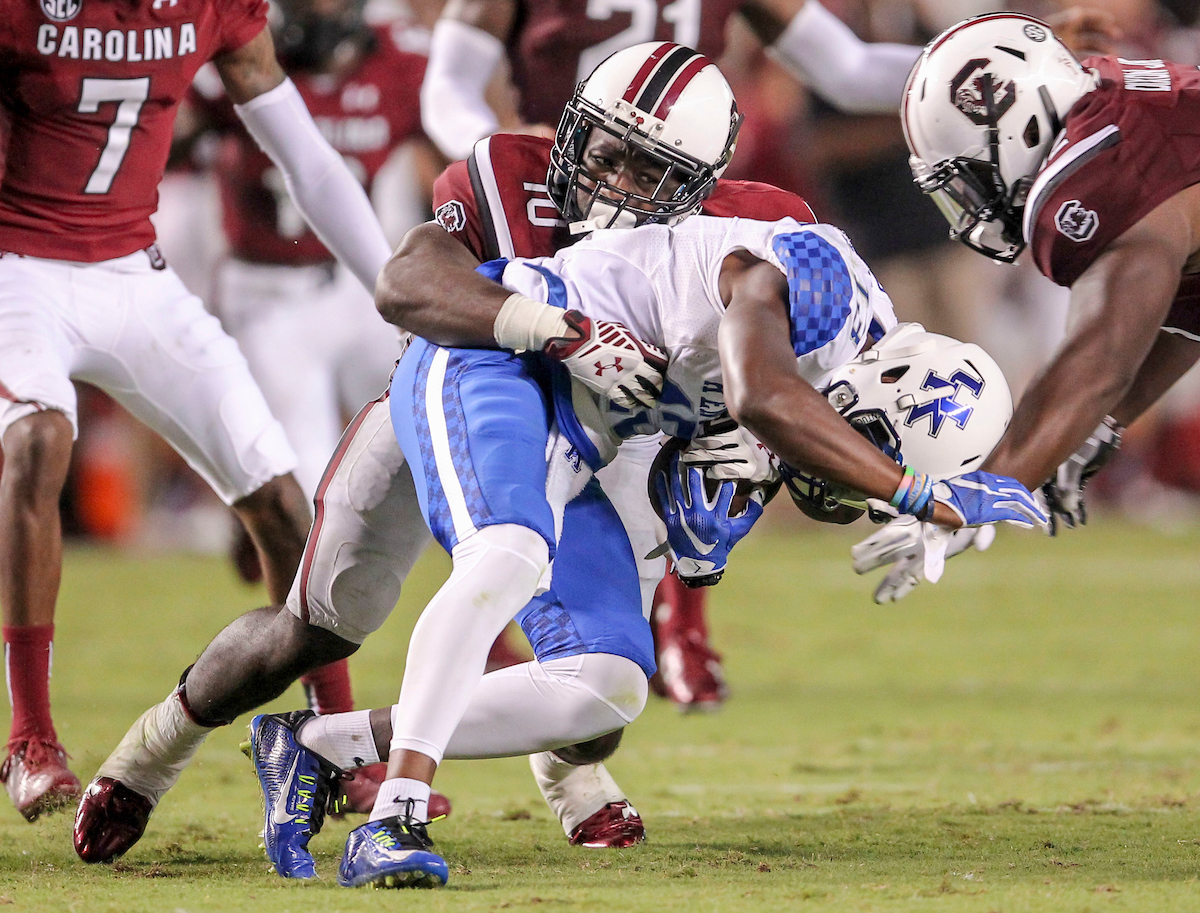 The University of South Carolina football team will open its seven-game 2017 home slate on under the lights at Williams-Brice Stadium, the school announced this week.

The Gamecocks will play the University of Kentucky Wildcats at 7:30 p.m. EDT on Saturday, September 16 – with the SEC Network providing national coverage of the game.  The evening kickoff should benefit second-year head coach Will Muschamp’s squad, as night games generally draw larger, more boisterous crowds.

A perennial Southeastern Conference doormat, Kentucky has nonetheless beaten the Gamecocks three years in a row.  South Carolina still enjoys a 17-10-1 edge in the all-time head-to-head tally, though.

South Carolina’s home opener against the Wildcats is the first of four “must win” games for Muschamp, who is looking to improve on last season’s 6-7 campaign.

The Gamecocks open their 2017 season on Saturday, September 2, against the N.C. State Wolfpack.  Kickoff is set for 3:00 p.m. EDT at Bank of America Stadium in Charlotte, N.C. with ESPN televising the game nationally.  The following week, Muschamp’s team travels to Columbia, Missouri for its SEC opener against the Missouri Tigers.  That contest will be carried nationally on ESPN2 with kickoff scheduled for 7:00 p.m. EDT.

All four of those games are winnable – and the Gamecocks will need to win them given that the rest of their schedule includes dates against SEC East powerhouses Florida, Georgia and Tennessee as well as defending national champion Clemson.

In addition to boosting his win total, Muschamp is also looking to improve attendance at home games.  Last year, announced attendance at South Carolina’s seven home games averaged 76,920 fans.   That’s a 6.6 percent drop-off from the 2013 average of 82,401 fans per game.