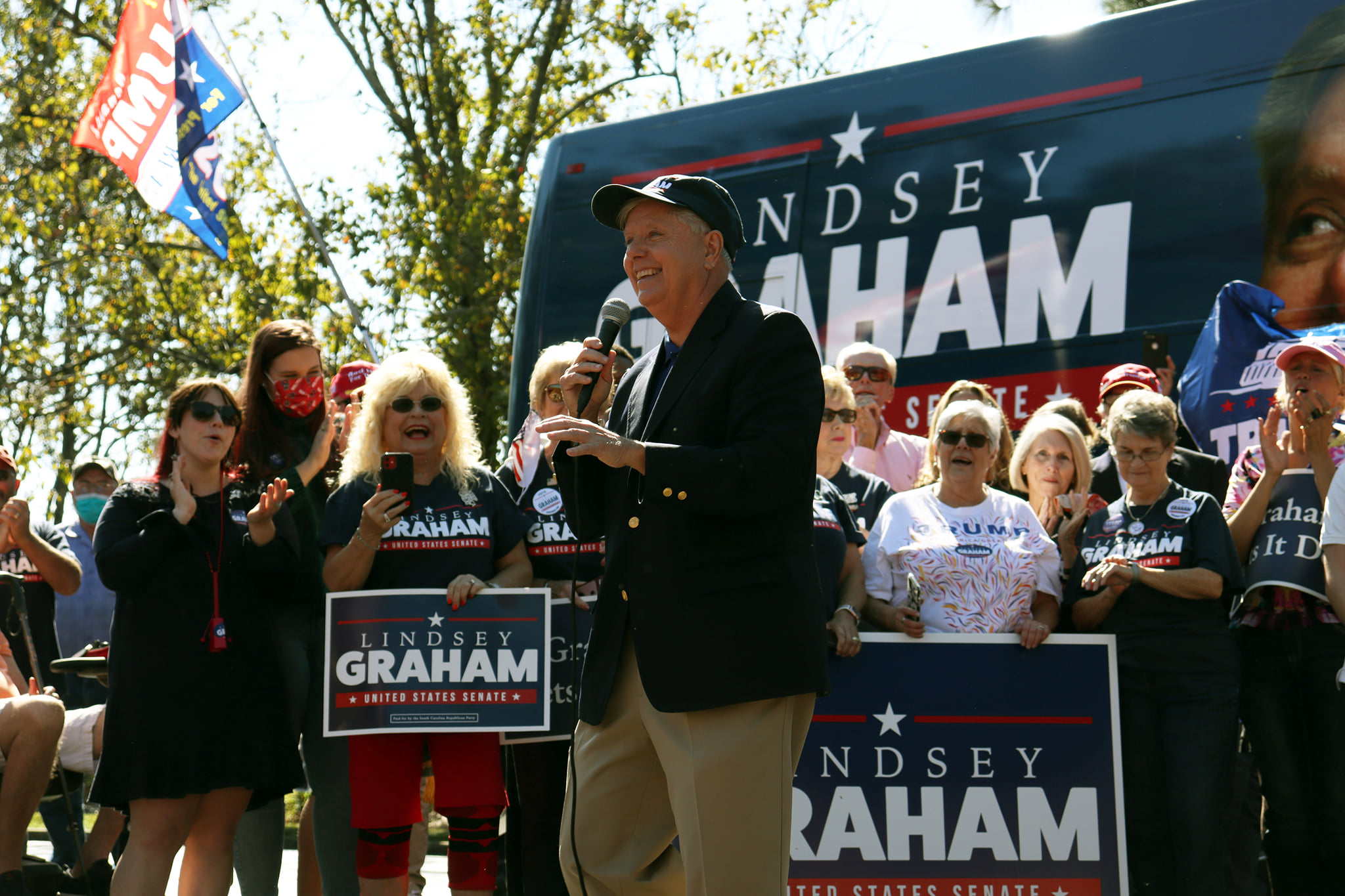 On election eve, “Republican” incumbent U.S. senator Lindsey Graham is clinging to a narrow lead over Democratic challenger Jaime Harrison – the Washington, D.C. lobbyist who has raised record sums of money in his bid to upset the shape-shifting career politician.

Can Graham hang on and win a fourth, six-year term in the Senate?

Or will Democrats win their first statewide election in a decade-and-a-half?

As it stands now, the odds are in Graham’s favor in this race – which could wind up seeing more than $250 million spent trying to influence voters before all is said and done (including Harrison’s campaign raising a staggering $100 million on its own).

The Morning Consult survey was taken between October 22-31, 2020, and it is worth noting Graham’s edge over his rival is within the poll’s margin of error.

Still, its result is consistent with the findings of an East Carolina University survey taken between October 24-25, 2020. That poll showed Graham drawing 49 percent of the vote compared to Harrison’s 46 percent.

Once again, though, this projected outcome was within the margin of error.

Harrison was in position to win this race earlier this year, but then the death of liberal icon Ruth Bader Ginsburg afforded Graham a starring (albeit hypocritical) role in the confirmation of U.S. supreme court justice Amy Coney Barrett.

That has been the difference in this race …

Not only did Graham derive immediate political benefit as the chairman of the Senate committee which advanced Barrett’s nomination – but the battle over her appointment reminded conservatives of Graham’s fiery (again, albeit hypocritical) defense of Brett Kavanaugh, the second supreme court nominee of U.S. president Donald Trump.

Harrison has tried to claw his way back into contention by drawing conservative voters’ attention to Bill Bledsoe, a Constitution Party candidate whose name will appear on the ballot tomorrow – even though he has dropped out of the race (and endorsed Graham).


Harrison and the political action committees backing his candidacy want far right GOP voters to defect to Bledsoe – whom they have “blasted” in faux negative ads as being “too conservative for South Carolina.”

So far, though, rank-and-file conservatives appear intent on supporting Graham – fearful Harrison would embrace an über-liberal agenda that includes adding justices to the U.S. supreme court in the hopes of erasing its new conservative majority.

As we have frequently noted, Democrats have not won a U.S. Senate race in South Carolina since 1998 when the late Fritz Hollings defeated GOP congressman Bob Inglis. In fact, no Democrat has won a statewide election in the Palmetto State since 2006 – when Jim Rex defeated Karen Floyd in the race for state superintendent of education.

According to our crystal ball, that drought will continue until at least 2022 …