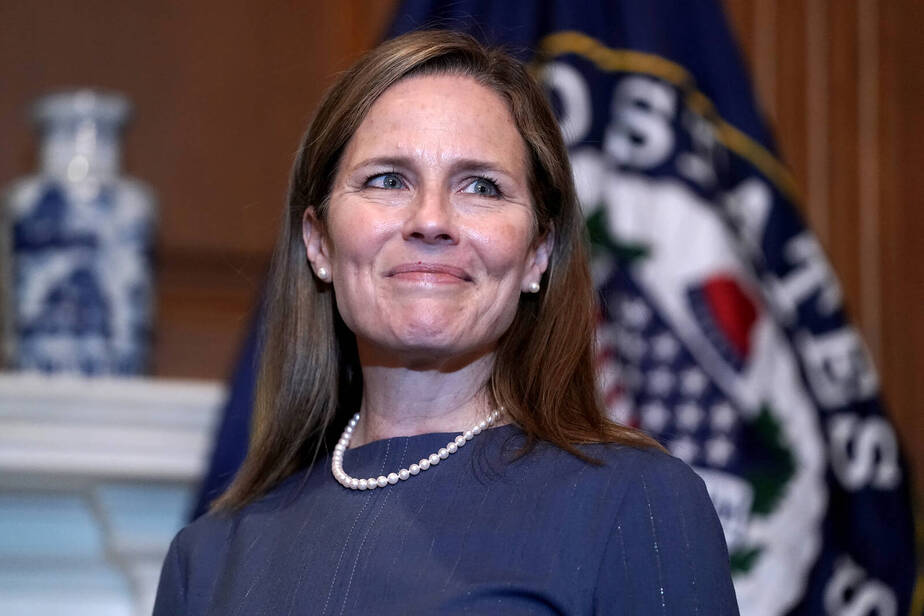 The United States Senate confirmed Amy Coney Barrett as the next associate justice of the U.S. supreme court on Monday evening, a stunning pre-election triumph for U.S. president Donald Trump and ideological conservatives.

By a vote of 52-48, Barrett earned her lifetime appointment to the highest court in the land. The new justice was sworn in at an outdoor ceremony on the south lawn of the White House by Clarence Thomas, the second black justice of the high court.

“I am grateful for the confidence you have expressed in me, and I pledge to you and to the American people that I will discharge my duties to the very best of my ability,” Barrett said after being sworn in.

Will the victory hold, though?

That could depend on the outcome of the vote on November 3, 2020.

Democratic presidential nominee Joe Biden has refused to say whether he and his allies will attempt to “pack the court” if they prevail next Tuesday – setting up a potentially explosive political fight for 2021.

For now, though, the 48-year-old mother of seven becomes the ninth member of the nation’s high court – and the third appointed by Trump. She also becomes the youngest justice on the bench … born four-and-a-half years after 53-year-old conservative jurist Neil Gorsuch.


Trump successfully nominated Gorsuch in 2017 and centrist Brett Kavanaugh the following year – although the latter’s nomination devolved into a nasty partisan spat after Democrats embraced unproven sexual assault allegations against the 55-year-old judge.

In addition to putting three justices on the supreme court, Trump has also successfully installed more than 50 appellate court judges and more than 160 district court judges during his term in office – a broad remaking of the federal judiciary that Democrats will no doubt seek to undo in short order should they regain appointment power.

Barrett – a former law professor at Notre Dame – is a protégé of the late Antonin Scalia, a limited government stalwart whose death in 2016 prompted an ongoing controversy over the protocol for filling supreme court appointments.

Former U.S. president Barack Obama nominated Merrick Garland to fill the supreme court seat vacated by Scalia – but Republicans refused to give his nominee a hearing. When liberal icon Ruth Bader Ginsburg died late last month, however, the GOP moved swiftly to advance Trump’s nominee – putting a number of “Republican” senators in the unenviable position of having to eat their words from four years ago.

One of them even asked to be called out …

“I want you to use my words against me,” U.S. senator Lindsey Graham said in 2016. “If there’s a Republican president in 2016 and a vacancy occurs in the last year of the first term, you can say Lindsey Graham said let’s let the next president, whoever it might be, make that nomination.”

Graham – the chairman of the panel that advanced Barrett’s nomination – reiterated that position in an interview just two years ago.

“If an opening comes in the last year of president Trump’s term, and the primary process has started, we’ll wait to the next election,” Graham said during an October 2018 interview with Yahoo News.

Of interest? One of the two Republican senators who opposed Trump being allowed to nominate Ginsburg’s replacement – Lisa Murkowski of Alaska – wound up voting for her.

“While I oppose the process that has led us to this point, I do not hold it against her as an individual who has navigated the gauntlet with grace, skill and humility,” Murkowski said over the weekend.

#NeverTrumper Mitt Romney also voted to back Barrett’s nomination, making good on his prior promise not to block Trump’s choice.

“She’s exceptionally intelligent, academically astute and impeccably credentialed,” Romney said of Barrett. “It’s essential that the Supreme Court retain the trust of the nation. That’s why judge Barrett’s integrity, wisdom and commitment to the rule of law is so important.”

“I’m confident that she is up to the measure of the times in which we now live,” Romney added. “May God bless her and her family as they begin this chapter of service to our nation.”

Only one “Republican” – Susan Collins of Maine – voted against Barrett’s nomination.

“Because this vote is occurring prior to the election, I will vote against the nomination of judge Amy Coney Barrett,” Collins said, “To be clear, my vote does not reflect any conclusion that I have reached about judge Barrett’s qualifications to serve on the supreme court.”

Funny … we thought that was the Senate’s job? To weigh in on qualifications?

Meanwhile, in what amounts to the latest sign of the calcified polarization of our national politics, no Democrats supported Barrett’s nomination.