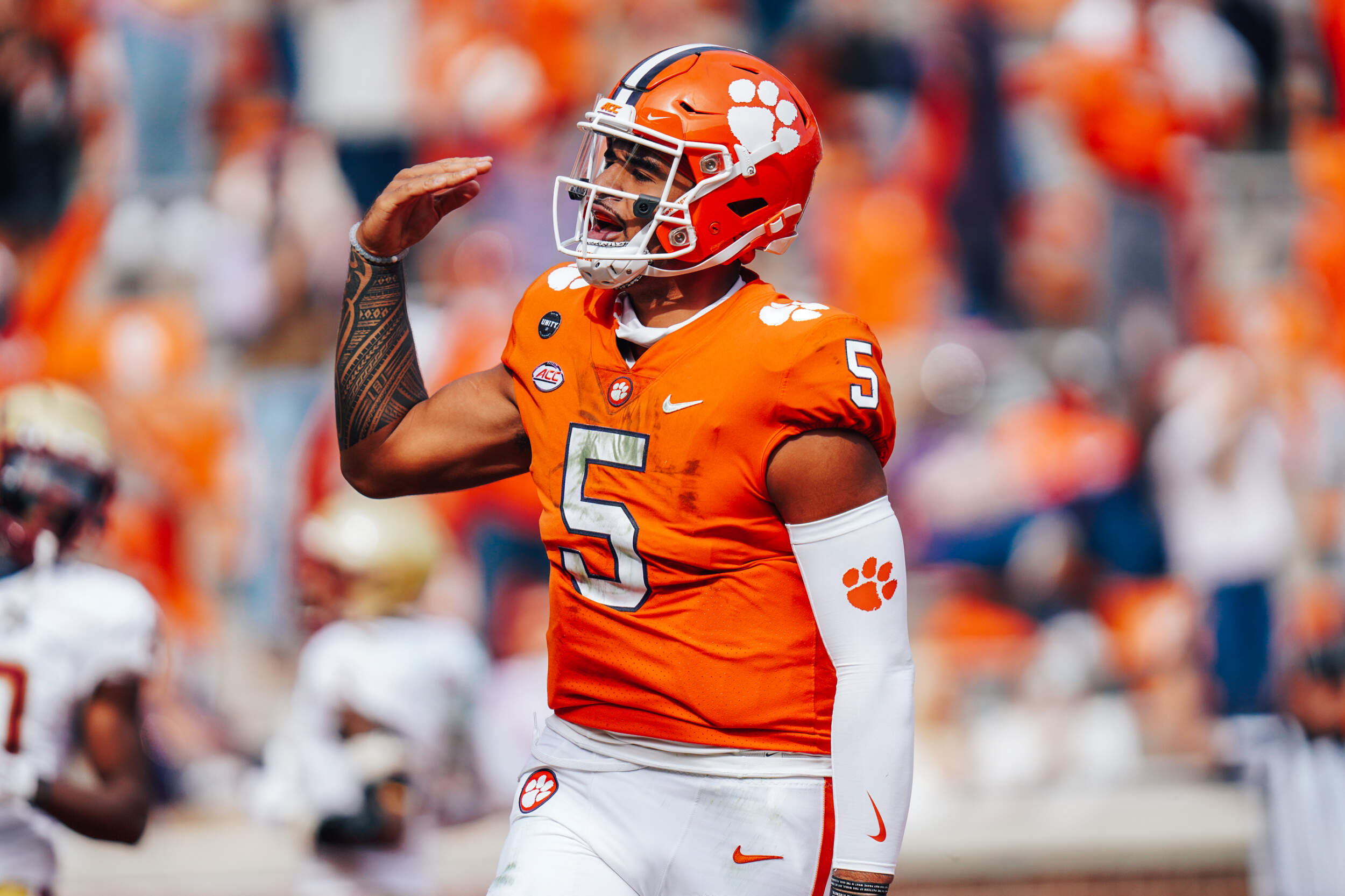 In a potential preview of razor thin electoral margins, Clemson University’s No. 1 football team narrowly retained its top national ranking this week after pulling off a come-from-behind win over unranked Boston College on Saturday at Death Valley.

Led by heralded true freshman quarterback D.J. Uiagalelai, the Tigers clawed their way back from an 18-point deficit to defeat the Eagles 34-26 – a game that wasn’t put on ice until Clemson recorded a safety with just over a minute left on the clock.

Uiagalelai was pressed into duty after Heisman trophy frontrunner Trevor Lawrence – who has posted an incredible 31-1 record as Clemson’s starting quarterback – was scratched from the starting lineup after testing positive for Covid-19.

Lawrence will also miss this weekend’s showdown against No. 4 Notre Dame – the most highly anticipated game on the Tigers’ 2020 schedule and a possible preview of the 2020 Atlantic Coast Conference (ACC) championship.


With Lawrence sidelined, Uiagalelai completed 30 of 41 passes for 342 yards with two touchdowns and no interceptions against the Eagles. He also ran for 25 yards on six carries – including a 30-yard touchdown scamper on a fourth down conversion early in the third quarter that sparked the Clemson comeback.

Still, Clemson (7-0, 6-0 ACC) was nearly knocked from the top spot in the national rankings by No. 2 Alabama (6-0) – which blanked Mississippi State 41-0 en route to its seventh straight victory.

It doesn’t get much closer than that … but then again, should we really expect anything different from these two teams?

Clemson and Alabama have been the nation’s top two programs in College Football Playoff (CFP) era. In fact, no other program even comes close. The Tide and Tigers each have five CFP appearances, six CFP wins, four championship game appearances and two championships to their credit.

Ahead of this weekend’s showdown in South Bend, Indiana, odds makers installed Clemson as a 6.5-point favorite over the unbeaten Irish, although that line has already dropped by half a point – and could fall further.

Dabo Swinney’s team eviscerated Notre Dame 30-3 the last time the two programs met in the national semi-final game two years ago. But again … that was with Lawrence under center.

Following that game, Notre Dame head coach Brian Kelly drew jeers from Clemson fans when he opined that he didn’t think there was that much of a talent gap between his team and the Tigers.

Kelly had an opportunity to revisit those remarks on Monday …

As for this weekend’s big game – which fans of both programs circled on their calendars when the amended ACC schedule was announced this summer – Kelly is giving the Tigers some additional locker room fodder by adopting a decidedly low key approach.

Longtime readers will recall it was Clemson’s 24-22 win over then-No. 6 Notre Dame in monsoon-like conditions on October 4, 2015 that propelled the Tigers to their recent CFP run.