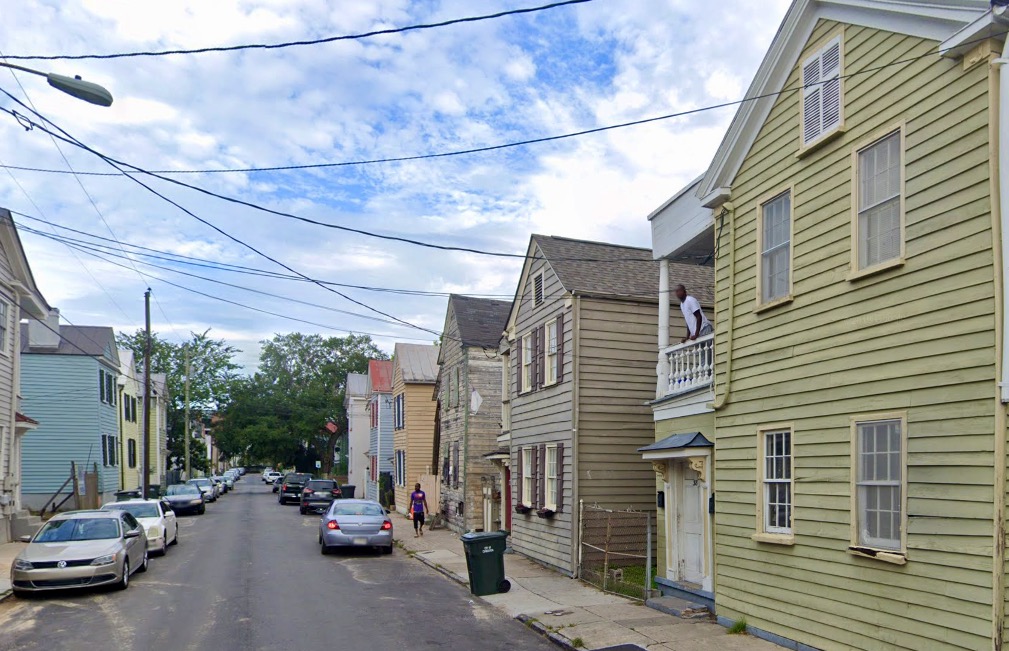 Charleston, South Carolina was recently named the best city in America by readers of Condé Nast Traveler … but our guess is those who filled out these response forms never took in the sights and sounds of South Street – a narrow, two-lane road that runs between East Bay Street and Nassau Street in the heart of the Holy City’s increasingly lawless downtown.

What sort of sights and sounds are we referring to?

Consider, for example, the drive-by shooting that took place at around 3:20 p.m. EDT on Friday afternoon between Nassau and Hanover Streets – a hail of semi-automatic gunfire that appears to have been unleashed by the occupants of a passing black sedan.

Other videos provided to WCIV TV-4 (ABC – Charleston, S.C.) purported to show the attack from different angles – including one video which, according to the station, depicted “a man sitting on the window of a moving car … possibly shooting at the same time.”

Four residences and two vehicles sustained damage in the drive-by shooting – which took place just blocks away from the city’s historic shopping and tourism district. Miraculously, no one was killed or injured in the attack.

According to our sources, officers of the Charleston, S.C. police department attempted to take statements from those who were fired upon (and their neighbors) – but encountered little in the way of cooperation.

“The people who were shot at called the police terrorists and refused to answer any questions,” one witness said.

As we have documented extensively in recent weeks, municipal leaders in Charleston – most notably über-liberal mayor John Tecklenburg – have been taking heat for their failure to protect life, liberty and property during the violent rioting that broke out following the killing of George Floyd in Minneapolis, Minnesota on Memorial Day.

As this news outlet awaits the release of the latest statewide crime report from the S.C. State Law Enforcement Division (SLED), we will be keeping a very close eye on data from Charleston county and other Lowcountry municipalities.

Crime statistics from 2019 should be released later this month …

In the meantime, we would reiterate our support for the law enforcement officers who are tasked with protecting our communities … and would encourage politicians, prosecutors and judges to work with them (and not against them) as they are arrayed against a rising tide of criminality.