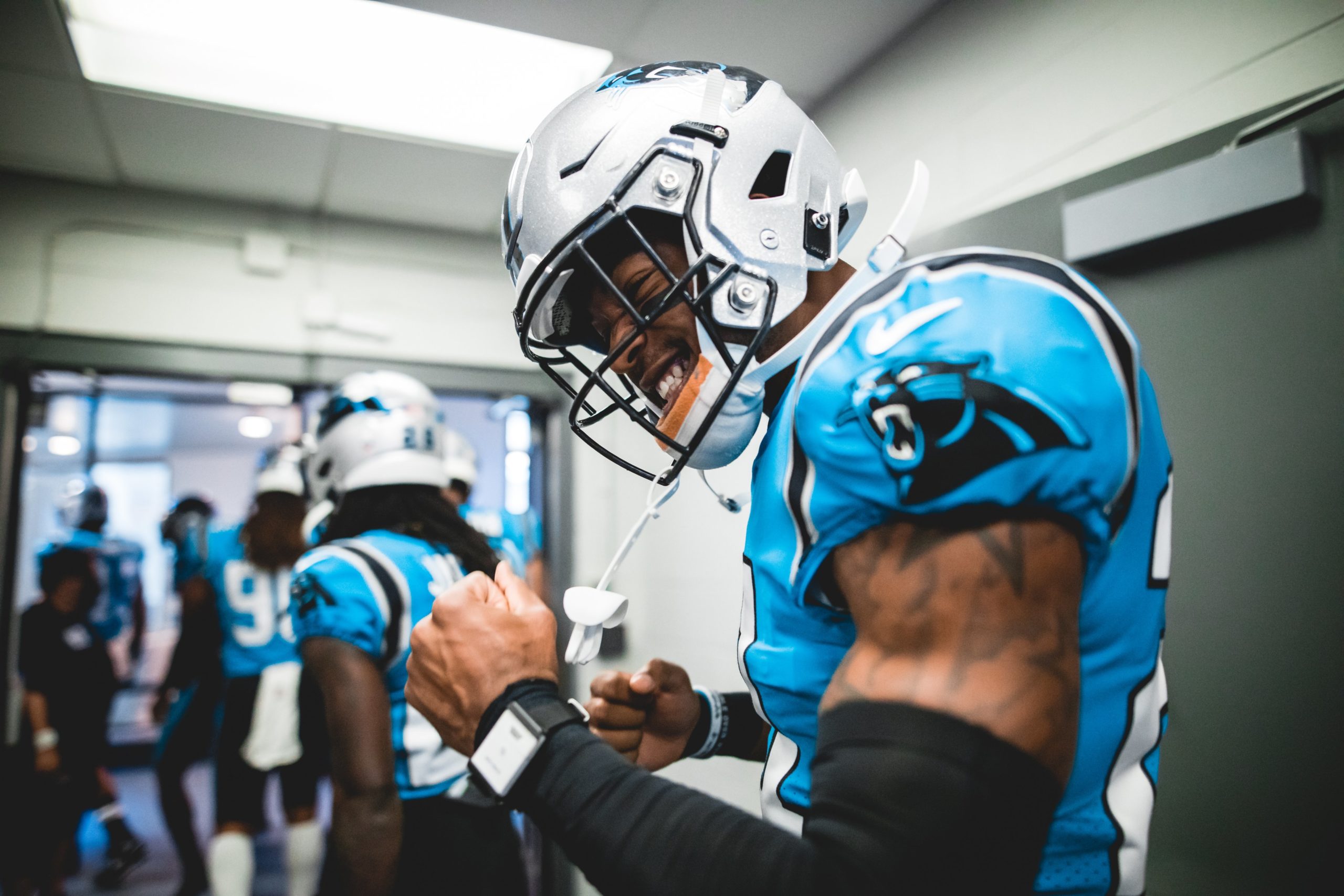 First-year head coach Matt Rhule and the new-look 2-2 Carolina Panthers are set to take the field against the 0-4 Atlanta Falcons on Sunday, October 11, 2020 at Mercedes-Benz Stadium in Atlanta, Georgia.

The Panthers and the Falcons will kick off at 1:00 p.m. EDT, with the game slated to be televised by FOX. Chris Myers will handle play-by-play duties, with Greg Jennings providing color analysis. Jen Hale will be the sideline reporter for the matchup.

As I wrote in my preseason preview of the Panthers, “pundits have set low expectations for Carolina in 2020, but with a new offensive scheme and a program-changing college coach who is known to motivate players, don’t be surprised if those expectations are exceeded.”

This has been the case for Carolina so far, as the Panthers have “Kept Pounding” despite the absence of former MVP quarterback Cam Newton – who is now with the New England Patriots.

The Panthers have also persevered despite an injury to star running back Christian McCaffrey. The 5-foot-11, 205-pound all-purpose back has missed the last two games with a high ankle sprain but is eligible to come off of the injured reserve list next week.

While falling 34-30 to the Las Vegas Raiders at home on September 13 and 31-17 on the road against Tom Brady and the Tampa Bay Buccaneers the following week, the Panthers have reeled off back-to-back wins -defeating the Los Angeles Chargers 21-16 and the Arizona Cardinals 31-21.

Quarterback Teddy Bridgewater was 5-0 as a starter for the New Orleans Saints and is currently number three in the NFL in both completion percentage (73.1 percent) and yards per game (286.8) in four games under Rhule and 31-year old offensive coordinator Joe Brady, who helped guide now-Cincinnati Bengal quarterback Joe Burrow and the Louisiana State Tigers to a college football national championship in 2019.

The Panthers will be looking for a much-needed victory over a winless Falcons team that suffered gut-wrenching losses to the Dallas Cowboys (September 20) and the Chicago Bears (September 27) in typical Atlanta fashion … blowing a late fourth quarter lead.

The result? The Falcons are winless with one-fourth of the season already in the books.

Other than Atlanta’s unique ability to squander multiple-touchdown leads late in the fourth quarter, another weakness Carolina will look to exploit is the Falcons’ passing defense. Atlanta is giving up 341.5 yards per game – which ranks next-to-last in the league.

On offense, Atlanta boasts a dynamic passing attack led by veteran quarterback Matt Ryan. Unfortunately for Falcon fans, the face-of-the-franchise – wide receiver Julio Jones – could be missing in action as he did not participate in Wednesday’s practice. Jones is still suffering the ill effects of a hamstring injury he sustained in the Falcons’ 30-16 loss to the Green Bay Packers on Monday.

If Jones is unable to go, the Panthers’ defensive attention would focus on Calvin Ridley – an athletic, explosive threat at wide receiver whom Ryan will likely target for deep, downfield passes. The third-year star did not haul in a catch in five attempts against the Packers, but Ridley recorded 100 or more yards in his other three contests this season.

While the Falcons have struggled to close out victories, the Panthers won’t be overlooking their NFC South rival – whose home field is located 244 miles southwest of their own headquarters at Bank of America Stadium in Charlotte. At least not anytime soon.