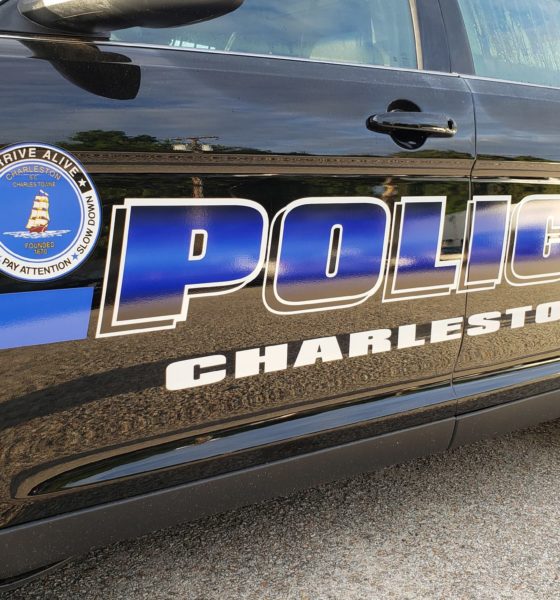 The city of Charleston’s much-maligned police department has already been taking heat for its failure to protect life, liberty and property during the violent rioting that broke out following the killing of George Floyd in Minneapolis, Minnesota on Memorial Day.

To be clear: We do not blame the rank-and-file officers for this failure … we blame city leaders, most notably mayor John Tecklenburg.

Now, city officials have decided to let some of those who participated in the unrest get off scot-free … enraging business owners whose storefronts were smashed and inventories looted.

City officials disputed the contention that anyone involved in the rioting and looting that rocked Charleston on May 30, 2020 was given a free pass – saying that the city only dropped nonviolent charges involving protests that were held “the next day.”

“No charges have been dropped from May 30,” city spokesman Jack O’Toole told us. “We had a curfew the day after. It had nothing to do with the night before.”

According to reporter Gregory Yee of The (Charleston, S.C.) Post and Courier, Charleston police have decided to drop “curfew violations” or “failure to disperse” citations against 27 of 41 people arrested on May 31, 2020.

Of course, the real issue as far as we are concerned isn’t the handful of rioters who were arrested, it was the hundreds of rioters and looters who were allowed to destroy broad swaths of Charleston’s historic downtown district without ever being put in cuffs in the first place.


That is the real travesty … that and the fact Charleston police released a number of rioters detained by other law enforcement agencies without pressing any charges against them at all (and relied on other agencies to arrest those accused of helping incite the riots).

“On the night of May 30, 2020, the city of Charleston was pillaged, beaten and destroyed in one of the most heinous circumstances many Charlestonians have ever seen,” Charleston councilman Harry Griffin wrote late last week in a letter to state officials. “Not only was our business district decimated, but patrons and hospitality workers fled for their lives as it took hours, and even days, for our Charleston police department to respond.”

Curiously, Yee’s coverage focused extensively on the reaction to the announcement by Latisha Imara of the Black Liberation Fund – who claimed that Charleston police (and deputies with the Charleston county sheriff’s office) were discriminating against “marginalized communities” by “criminalizing people who are already in danger.”

“This summer has just been one thing after another with the Charleston police,” Imara told Yee.

Worth noting? Not a syllable of Yee’s coverage was devoted to anyone voicing a contrary opinion.

Although sadly, that is par for the course for his media outlet – which appears to be going “all in” for the far left’s new orthodoxy.