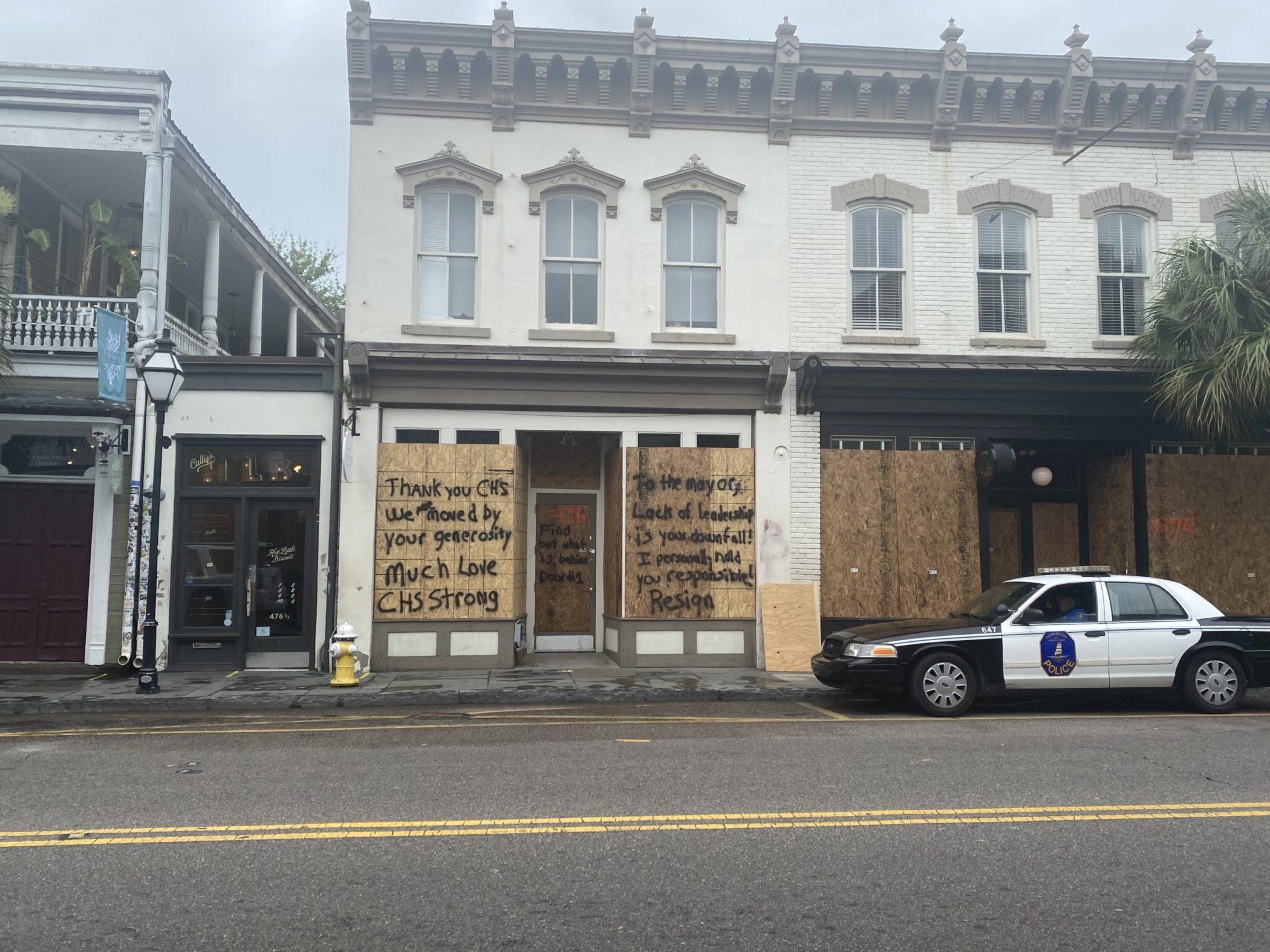 A city councilman in Charleston, South Carolina is asking the Palmetto State’s top prosecutor – and its top cop – to intervene and assist with the performance of public safety duties in the state’s largest municipality.

He is also calling for what amounts to an investigation into the city’s controversial handling of violent riots that rocked downtown Charleston in the aftermath of the killing of George Floyd in Minneapolis, Minnesota on Memorial Day.

Charleston councilman Harry Griffin – who has been a vocal critic of mayor John Tecklenburg – penned a letter on Friday to S.C. attorney general Alan Wilson asking his office “to provide oversight into the actions of our leadership on the night of May 30.”

“On the night of May 30, 2020, the city of Charleston was pillaged, beaten and destroyed in one of the most heinous circumstances many Charlestonians have ever seen,” Griffin wrote. “Not only was our business district decimated, but patrons and hospitality workers fled for their lives as it took hours, and even days, for our Charleston police department to respond.”

“What was the plan of action and was it carried out properly?” Griffin asked. “Were contemporary police practices followed? Did our city make any serious mistakes that caused the situation we faced?”

According to Griffin, in the ninety days since the riots “most of our questions about that night” remain unanswered.

“How can we expect our citizens to trust our city to protect us if we do not address that night, the events leading up to it and the response?” Griffin continued. “Who will take responsibility for the confusion faced by our officers when they saw acts of violence happen but were told not to make arrests?”

Griffin said he could not see Charleston moving forward “without some help and intervention on the state level.”

“I am asking you to help Charleston,” he concluded in his letter to Wilson. “No area in this state faced the rioting, looting, burning and destruction that we did. Our citizens are asking frequently for answers, but there is a lack of transparency or accountability when the subject of May 30th is brought up. Some oversight from (SLED) and your office would be greatly appreciated.”

Griffin’s letter comes as Charleston is bracing for another round of protests tentatively scheduled for the evening of Saturday, August 29, 2020.

City officials told business leaders on a Friday afternoon conference call that police had “all the Facebook information about the march that is to take place” on Saturday evening.

“Chief Reynolds has been communicating with other jurisdictions and other law enforcement agencies all afternoon,” said Jacob Lindsay, Charleston’s top city planner. “They are planning for this event.”

As for Wilson’s office, it seemed more than willing to accommodate Griffin’s request.

“We stand 100 percent behind our law enforcement officers and are ready to work with the local solicitor in any way they need us,” Robert Kittle, spokesman for the attorney general, told us.

To view Griffin’s letter for yourself, click on the image below …