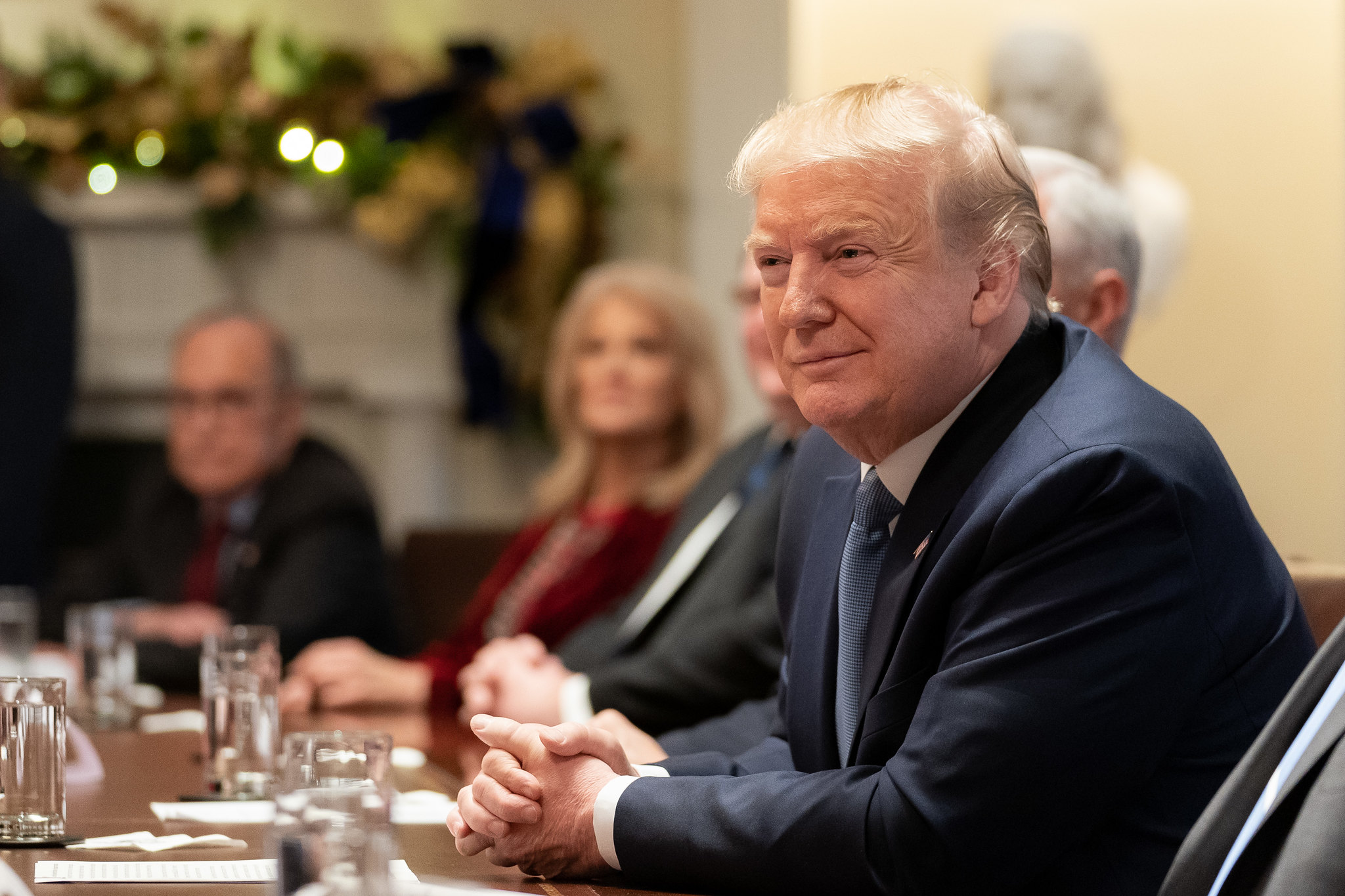 There is good news and bad news today for U.S. president Donald Trump – who is expected to become only the third chief executive in American history to be impeached by the U.S. House of Representatives. Where should we begin on this historic afternoon?

Let’s start with the good news for Trump …

With not a single Republican expected to join Democrats in support of two articles of impeachment against the president – one for abusing his office and the other for obstructing congress – the GOP will be able to retain the talking point that impeachment is an exclusively partisan undertaking.

Also, voters in the thirty Democratic seats won by Trump in 2016 do not appear to be supportive of the impeachment votes – at least not according to internal Trump campaign polling provided by Tony Fabrizio.

Voters in those thirty districts oppose impeachment by a 53-43 percent margin, Fabrizio’s polling suggested … while those same voters “also favor electing a new person over the incumbent … by 11 (percentage) points.”

If accurate, those numbers would seem to validate the concerns initially raised by U.S. speaker Nancy Pelosi prior to her September flip-flop on impeachment.

“These Democrats already knew they were in trouble before the sham impeachment, but now they are in serious jeopardy,” Trump campaign manager Brad Parscale said in a statement accompanying the release of the internal polling data.  “By moving forward with her political theater of impeachment, Nancy Pelosi has accomplished two things: She has energized the President’s supporters and walked her entire majority caucus off the plank.”

First, there is no district-by-district breakdown of the data (which is obviously vital in assessing the individual vulnerability of the thirty Democrats who are walking the so-called “Pelosi plank”). Fabrizio claims to have surveyed 900 likely 2020 voters across all thirty districts “carried by president Trump in 2016 where Democrats are the current congressional incumbents,” but due to the lack of district-specific numbers we have no way of knowing which incumbents are more vulnerable than others.

Second, comparing incumbent politicians against generic party opponents is an inherently unreliable exercise. Only when known commodities emerge as the duly nominated Republican counterpoints to these incumbent Democrats will we have a true apples-to-apples comparison of the extent to which voters truly want to elect a “new person.”

Maybe they will decide they don’t like the alternative?

Third, as we noted in our recent assessment of a pro-impeachment decision made by one of these incumbent Democrats, eleven months is an eternity in politics. And while this is clearly a vote that is going to “stick,” anything can happen between now and next November.

Our fourth and final point is the one Trump should probably pay the closest attention to, however.

His pollster has a history of getting it wrong.

When Trump upset Democratic nominee Hillary Clinton in 2016, Fabrizio was one of the pollsters telling the president he was going to lose the election. Fabrizio also got it wrong the last time he polled in early-voting South Carolina.

Why does Trump still listen to him? And why does the Trump campaign still tout his survey results as gospel?

We have no earthly idea …

The impeachment inquiry focuses on allegations that Trump threatened to withhold nearly $400 million in military aid to Ukraine unless the country agreed to investigate ties between former vice president Joe Biden’s son Hunter Biden and Burisma Holdings, a Ukrainian oil and gas company.

Ironically, Ukraine was investigating Bursima and Biden – until the former vice president threatened to withhold $1 billion in U.S. loan guarantees unless it fired its former prosecutor general back in 2016.

As we have often pointed out, this news outlet has never defended Trump’s conduct in regards to Ukraine. However, as we have said from the very beginning of the impeachment drama if Democrats wanted these proceedings to have any lasting credibility then “(they) better come up with a smoking gun against the president that eclipses the brazenness of Biden’s admitted behavior.”

Those are the best numbers Trump has seen in weeks, and as we have repeatedly argued “we think it is safe to say these are charitable readings for Democrats.”

Once again, this news outlet is no longer in the business of extolling Trump – or defending him from his critics. He has disappointed us on the bread-and-butter issues of taxes and spending, and he had to be dragged kicking and screaming into the fight over his signature border security promise.

But wherever you stand on Trump (or the merits/ demerits of impeachment), it seems clear Democrats have gained nothing politically by pursuing this path – while helping a potentially vulnerable incumbent rally his base around him.

Will Folks: A Teachable Moment For Tim Scott