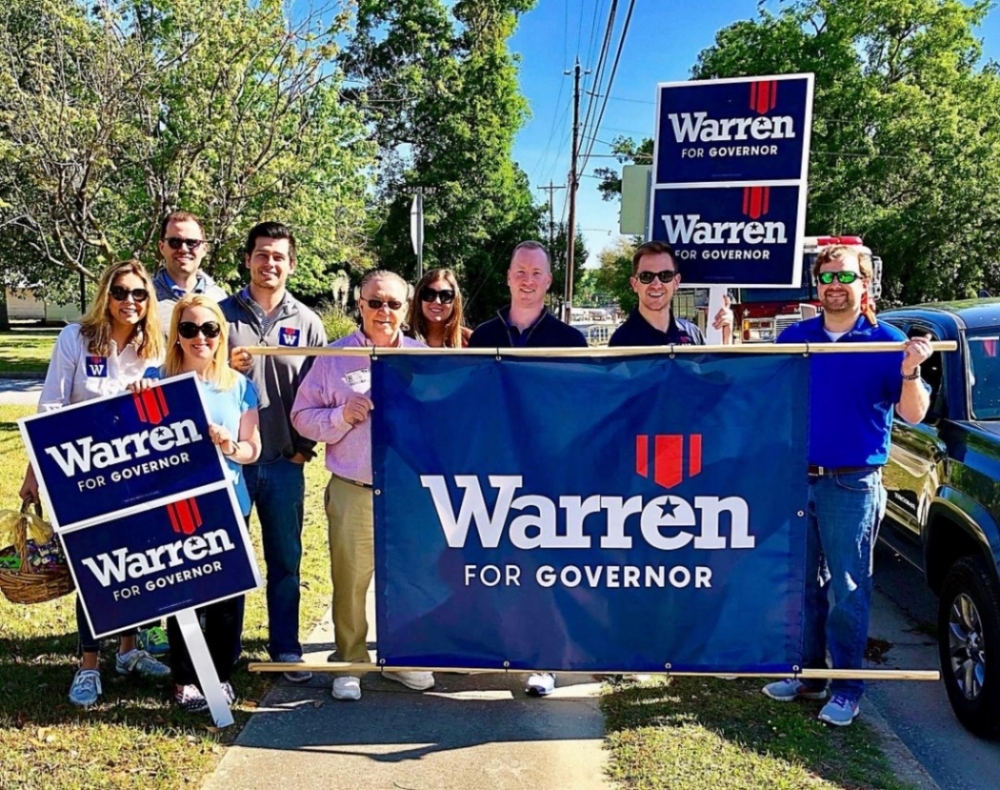 The survey was prepared for Warren’s campaign by Fabrizio, Lee and Associates – the company that did U.S. president Donald Trump’s polling during the 2016 presidential election.

While encouraging for supporters of Warren (including this news site), its results contrast significantly with the results of recent surveys we have seen from Democratic and “Republican” pollsters – both of whom told us just yesterday that they have McMaster enjoying a ten-point lead over Warren in this head-to-head battle.

According to Warren’s pollster, though, he leads the incumbent by a 48-40 percent margin amongst those who are “definitely” voting in the June 26 runoff election – with twelve percent of respondents listed as undecided.  Warren leads McMaster by a 46-42 percent margin among likely runoff voters – with thirteen percent undecided.

“Despite being outspent by McMaster and his allies, Warren’s conservative outsider message of cleaning up corruption and holding government accountable continues to trump McMaster’s message and his allies’ attacks on Warren,” pollsters Tony Fabrizio and David Lee noted.  “Further, McMaster appears stuck – garnering no more (support) than he did in the first round of voting.”

Warren’s campaign manager Taylor Hall said the polling data was proof that his candidate’s message “continues to resonate with voters.”

“John’s background as a combat veteran and businessman is exactly what South Carolinians want,” Hall said in a statement.

The Fabrizio poll surveyed 500 likely South Carolina “Republican” runoff voters between June 19-20.  It used a mix of live operators and voice recordings and surveyed 60 percent landlines and 40 percent cell phones.  Its margin of error was listed as plus or minus 4.38 percent.