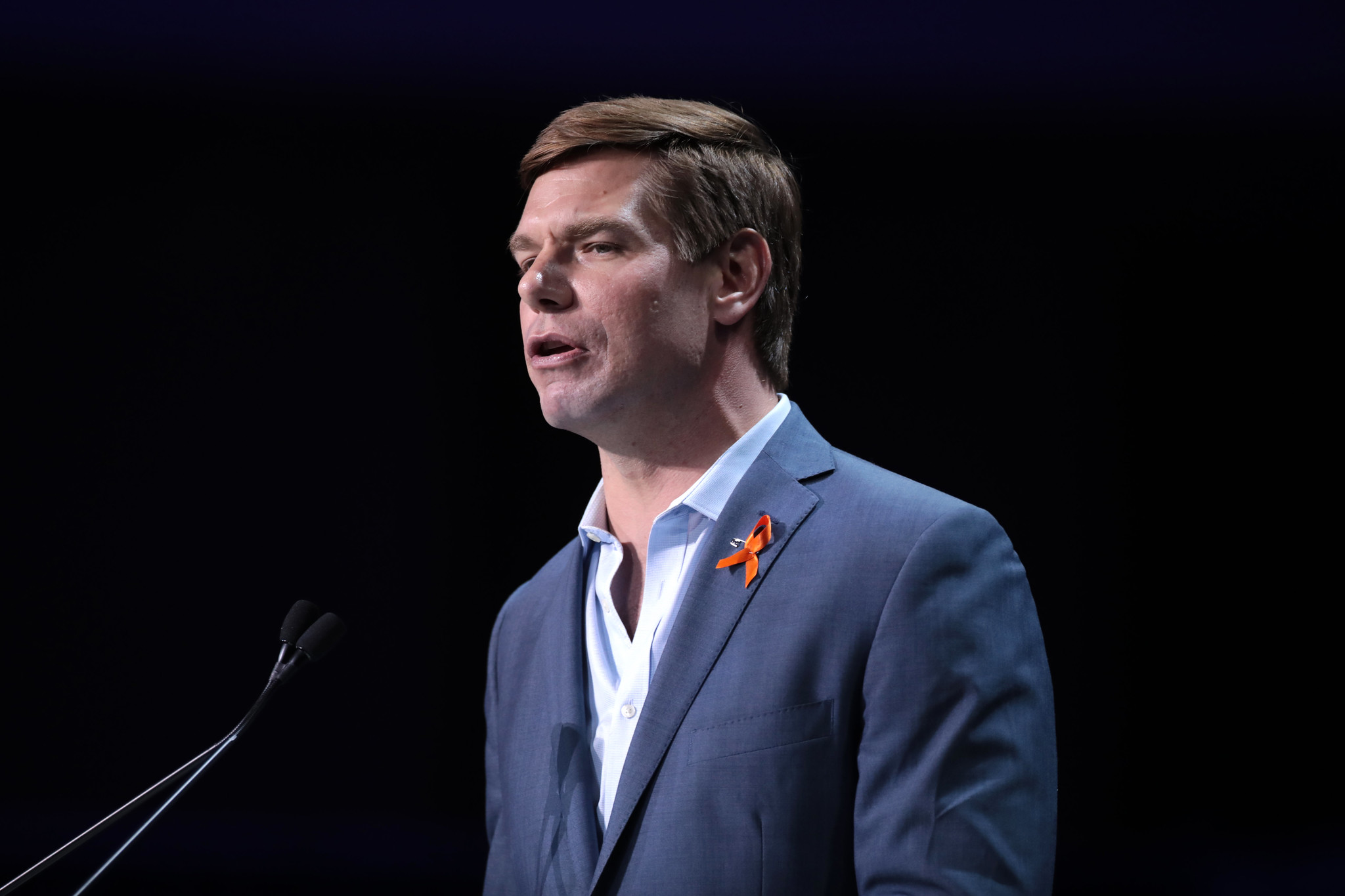 It’s no secret the Washington, D.C. swamp is every bit as fecund today as it was when U.S. president Donald Trump took office in January 2017. And despite his promises to “drain” the swamp, Trump has instead followed the lead of his Republican colleagues by throwing more money into it.

The swamp’s hot air – which is clearly making everyone in the Beltway insane – got a little hotter on Monday evening when U.S. congressman Eric Swalwell of California appeared to experience a moment of major flatulence during a live television interview on MSNBC with host Chris Matthews.

Swalwell, who dropped his long shot presidential bid several months ago, was in the midst of regurgitating some Democratic talking points related to the impeachment of Trump when a loud farting sound interrupted him.

“Chris, so far the evidence is un-contradicted that the president used taxpayer dollars to help him cheat an election,” Swalwell was saying at the moment the emission made its noxious presence known.

According to reporter Addy Baird of BuzzFeed, Swalwell “appeared to react to the fart with a brief pause, while attempting not to smile.”

Yikes … somebody alert the greenhouse gas cops! Because that sounds like some serious methane, people.

Like the good reporter she is, Baird sent a text message to Swalwell saying “I’m really sorry about this but I have to ask if this was you or someone in the studio.”

Swalwell not only denied being the farter, he claimed not to have even heard the offending flatus.

“You look like you heard it and are stifling a laugh,” Baird responded.

Swalwell reiterated that he “def(inately) did not hear it.”

For once, we agree with Swalwell on something. It is funny.

But seriously … who farted?

Because now we have to know …

MSNBC’s Hardball responded to the dust-up (cropdusting?) initially with this cryptic tweet …

Within minutes, though, the tweet had been deleted and Hardball issued a statement claiming the offending sound was actually caused by a “mug scraping across the desk.”

“Sorry to disappoint the conspiracy theorists,” the show’s producers tweeted.

Frankly, we are grateful a substantive, meaningful news story has finally come out of Washington, D.C. this year. And we are beyond happy to report on that story (in fact, look for us to publish a follow-up on the fart’s potential impact on global warming).

Seriously, though … it is important to take a break from the incessant bipartisansh*t in our nation’s capital and laugh.

Because irrespective of your partisan affiliation, ideological orientation, presidential preference or view on impeachment … farts on live television are funny.

As for Swalwell, though, we aren’t sure which is more embarrassing – being accused of unleashing such robust flatulence on the world or the fact the ensuing fart-related allegations generated more coverage than his entire three-month presidential bid.