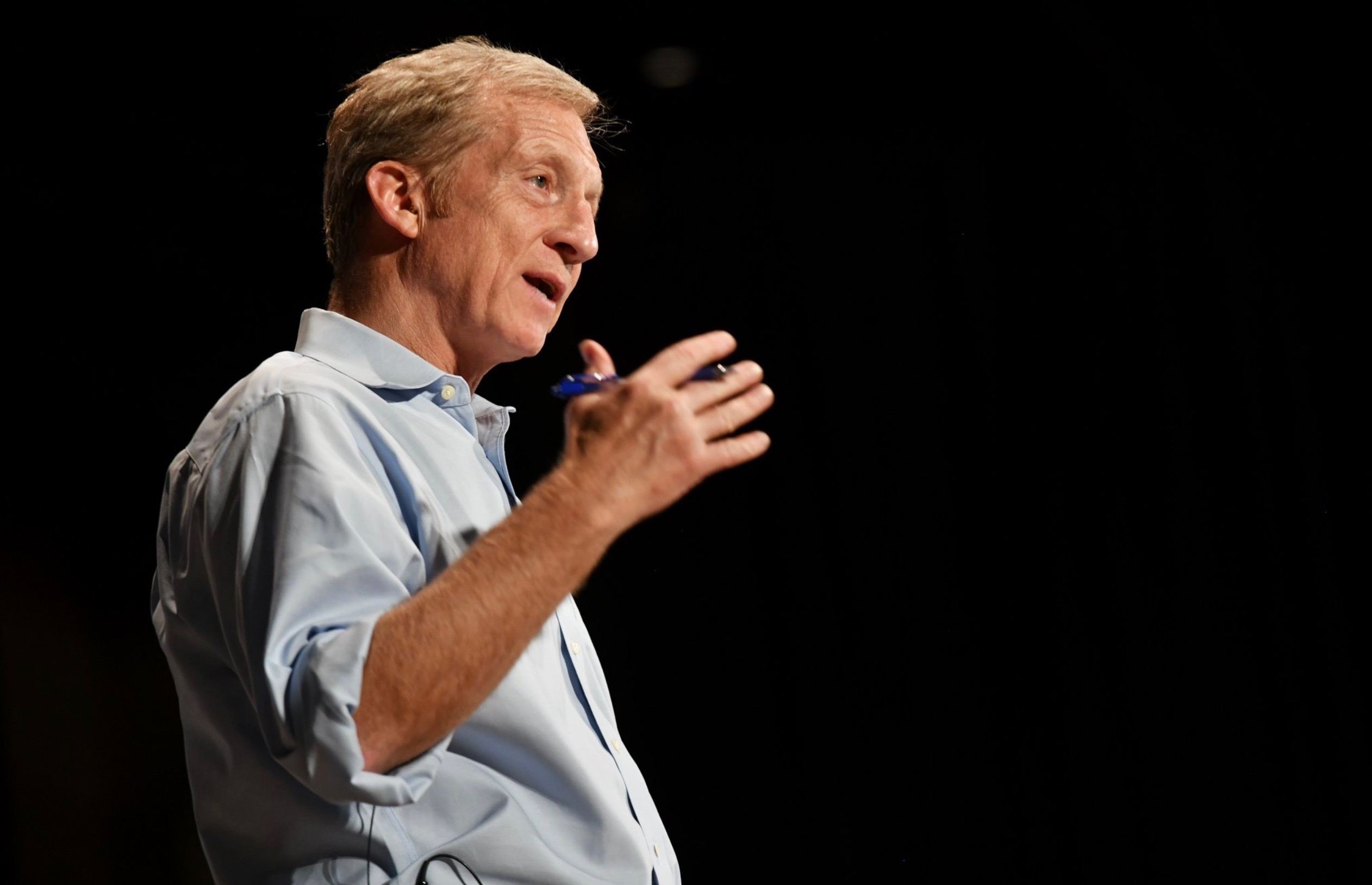 There are currently two dozen Democrats campaigning for the office of president of the United States, although the field has evolved over the last few days.

One of the lesser-known candidates, U.S. congressman Eric Swalwell of California, dropped out of the contest on Monday. The next day another Democrat – liberal billionaire Tom Steyer – jumped in.

You are forgiven if you have no idea who Swalwell is … most people don’t.

Which was his problem …

A staunch gun control advocate, Swalwell failed to record one percentage point of support in any poll – although he did qualify for the first round of Democratic debates and gained a modicum of attention when he told frontrunner Joe Biden that the latter needed to “pass the torch” to a new generation of candidates.

Swalwell was only in the Democratic dace for three months. Steyer, on the other hand, is expected to be in it for the long haul. The 56-year-old California-based hedge fund manager – who is worth an estimated $1.6 billion – had previously said he would not run for the presidency.

What changed his mind? Good question …

Steyer runs the liberal advocacy group NextGen America and has been a prominent supporter of impeaching incumbent Republican president Donald Trump through another one of his left-wing groups, Need to Impeach.

On the corporate side, he is the founder and former co-senior managing partner of Farallon Capital and the co-founder of Onecalifornia Bank, now Beneficial State Bank of Oakland, California.

Earlier this year, during a visit to early-voting Iowa, Steyer said he would not run for the White House because he wanted to focus exclusively on impeaching Trump – a divisive issue among divided Democrats.

“Most people come to Iowa around this time to announce a campaign for the presidency,” he said back in January. “I am proud to be here to announce that I will do whatever it takes for as long as it takes to remove a president.”

Curiously, Steyer (above, right) did not mention impeachment in his presidential announcement. Instead he sounded a populist, anti-corporate tone.

“Let’s take our democracy back from corporations and special interests, and give it to the people – the way it was always intended,” Steyer tweeted in announcing his candidacy.

Frankly, that sounds like the same sort of thing every Democratic presidential candidate is saying … so is there anything to suggest Steyer can break through a crowded Democratic field and challenge Biden and the other frontrunners?

In addition to his vast personal fortune (which, if he chooses to invest it, will enable him to build name identification via paid television, radio, online, print ads and mail pieces) his two advocacy groups have likely provided him access to reams of data on progressive voters across the country.

That is a huge organizational advantage … especially in early-voting states.

Bottom line? If he antes up,Steyer has the potential to be a significant player in this race …