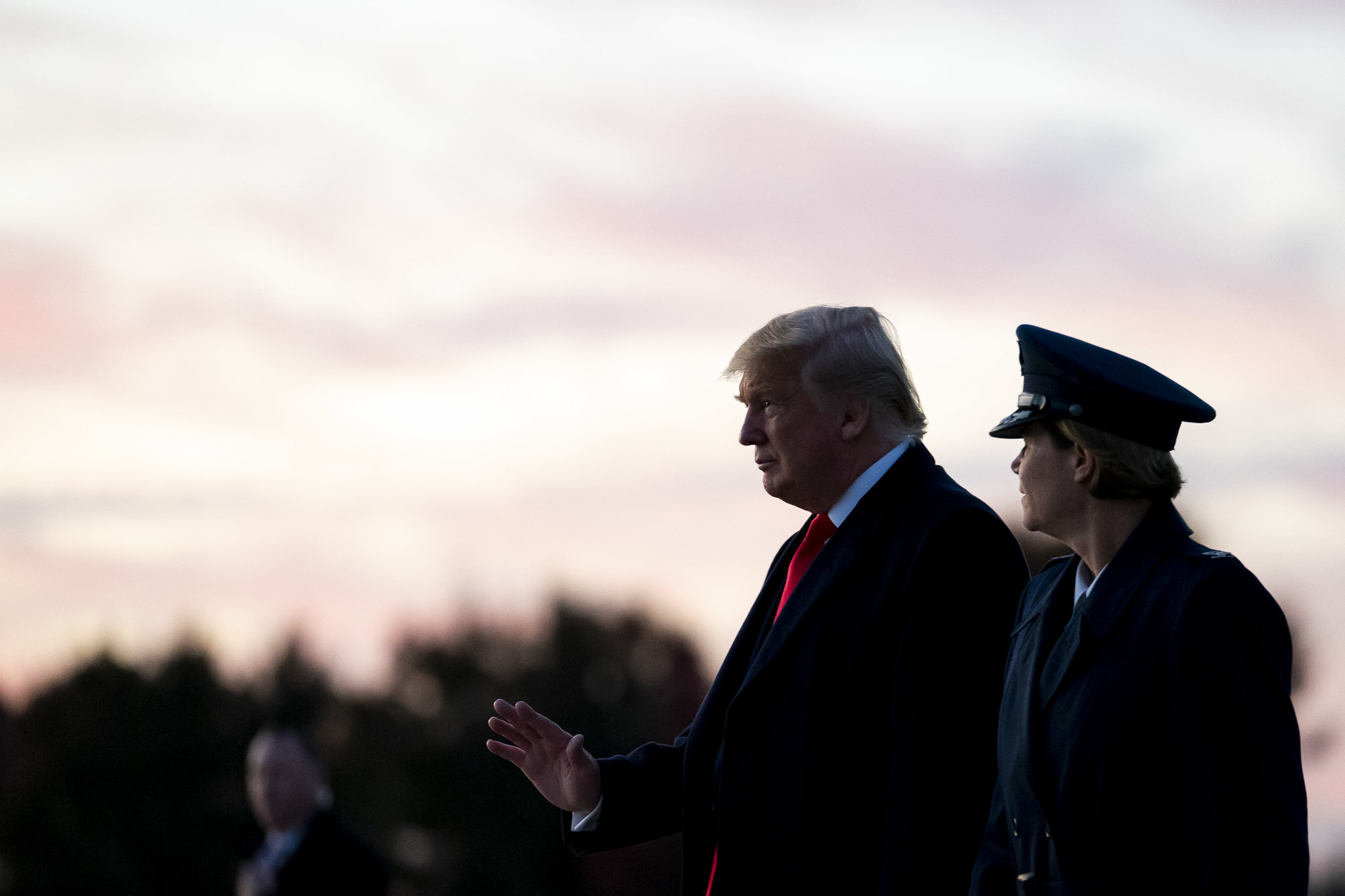 Over the weekend, our news outlet sought to provide readers with a level-headed, dispassionate take on the issue of global warming – or “man-made climate change” to those on the left. How did we do? You tell us.

Our founding editor Will Folks was engaged last week in conversation with a national reporter – one who (like so many of her colleagues) has found herself utterly consumed by every twist and turn of this saga. In their exchange, Folks offered up an interesting turn-of-phrase related to public opinion on the impeachment of U.S. president Donald Trump – who is the definitional political lightning rod.

The term he invoked? “Polar calcification of perception.”

Nifty, huh? We thought so …

Of course it would have been far niftier had Folks translated the term into normal people-speak, which probably would have read something like this: “Most people have already made up their minds about impeachment and are unlikely to change them.”

Clearly the Trump impeachment proceedings are unfolding against the backdrop of a bitterly (historically?) divided nation. For those of you keeping score at home, 49.8 percent of voters support the U.S. House’s impeachment inquiry compared to 44 percent who oppose it – according to the latest composite polling averages from Real Clear Politics. When it comes to the question of removing Trump from office, 48.5 percent support such a move compared to 45.7 who oppose it.

That’s a +5.8 percent pro-impeachment spread and a +2.8 percent removal from office spread, assuming you believe the mainstream polls (ahem).

Support for the House inquiry has been cut in half over the last five weeks, though, as 52.2 percent of voters backed it on October 9 compared to only 41.8 percent who opposed it at the time.

Meanwhile, support for removal is down modestly from its peak of 49.5 percent on October 21 – while opposition is up from its low point of 43.7 percent in early October.

What do we make of these numbers?

Seriously, though, in assessing polling on Trump (whether it be related to impeachment, job approval or reelection) we believe it is always important to zero in on the intensity of respondents. In other words, few voters merely “support” or “oppose” impeachment, or simply “approve” or “disapprove” of Trump.

Instead, broad swaths of the electorate strongly support or oppose impeachment, or strongly approve or disapprove of Trump. In other words they are “all in” or “all out.” Which befits his lightning rod status. Generally speaking, in reviewing national polls and statewide (or district-specific) polls across the country, we have tracked a 2-to-1 or even a 3-to-1 intensity gap on both sides of the Trump tectonic divide. In other words, opinions on this particular president – and whether to impeach him/ remove him from office – are inflexible.

Accordingly, an overwhelming majority of those paying attention to the impeachment “drama” are viewing every development through the lens of their preconceived notions. And given the high probability that a Democratic-controlled House votes to impeach Trump (regardless of the facts of the case) but a Republican-controlled Senate votes against removing him from office (again, regardless of the facts of the case) – we also appear to be dealing with a situation involving preordained outcomes.

Oh, and we are also less than twelve months away from the next presidential election … meaning Democrats had better dig in their spurs if they expect to imbue the proceedings with a sense of urgency.

Seriously, so close to an election campaign … why bother with impeachment at all?

Having assessed public perceptions regarding impeachment, what do we make of the facts of the case?

While this news outlet has been harshly critical of Trump for repeatedly betraying taxpayers since he took office, we believe the case against him – publicly, anyway – is thin. Despite some curious admissions coming out of his administration lately regarding the so-called “Ukrainian meddling” scandal, we have yet to see any evidence to support the contention that the Trump administration orchestrated a quid pro quo to force the Ukrainian government to investigate one of Trump’s top 2020 rivals, former U.S. vice president Joe Biden.

In fact, as we noted in a piece earlier this month “it appears as though the $400 million in military aid alleged to be at the heart of this quid pro quo was the least effective bargaining chip in diplomatic history.”

Not only did the Ukrainians have no idea the aid had been temporarily held up by Trump at the time he asked Ukrainian president Volodymyr Zelensky to investigate Biden, but the money was ultimately released to the central European nation without condition.

As we have repeatedly argued, this “stands in stark contrast to the ultimatum Biden himself delivered to the Ukrainian government” in the aftermath of a U.S.-led coup d’état in 2014.

In the aftermath the coup, Biden’s son Hunter Biden received a board appointment and a huge payday from Burisma Holdings, a Ukrainian natural gas company that was facing global scrutiny (and an internal Ukrainian probe) for alleged money laundering operations.

With the backing of U.S. president Barack Obama, Biden (above) threatened to withhold a billion dollars worth of U.S. loan guarantees if the Ukrainian government did not remove its prosecutor general, Viktor Shokin – who at the time was investigating Burisma (and Hunter Biden’s payout). Biden went so far as to give the nation a six-hour ultimatum to comply with his demand – which it did.

None of this is a secret, either. There is no investigation required to get to the bottom of it. Biden has actually bragged about his role in getting Shokin fired.

As we have said from the very beginning of the impeachment drama, “Democrats better come up with a smoking gun against the president that eclipses the brazenness of Biden’s admitted behavior.”

So far, we haven’t seen anything come close … although we remain open to being persuaded to the contrary. Also, our news outlet has an open microphone policy for anyone willing to point out anything they think we are missing.

Should Donald Trump be impeached and removed from office?

Washington DC: He Who Smelt It, Dealt It?