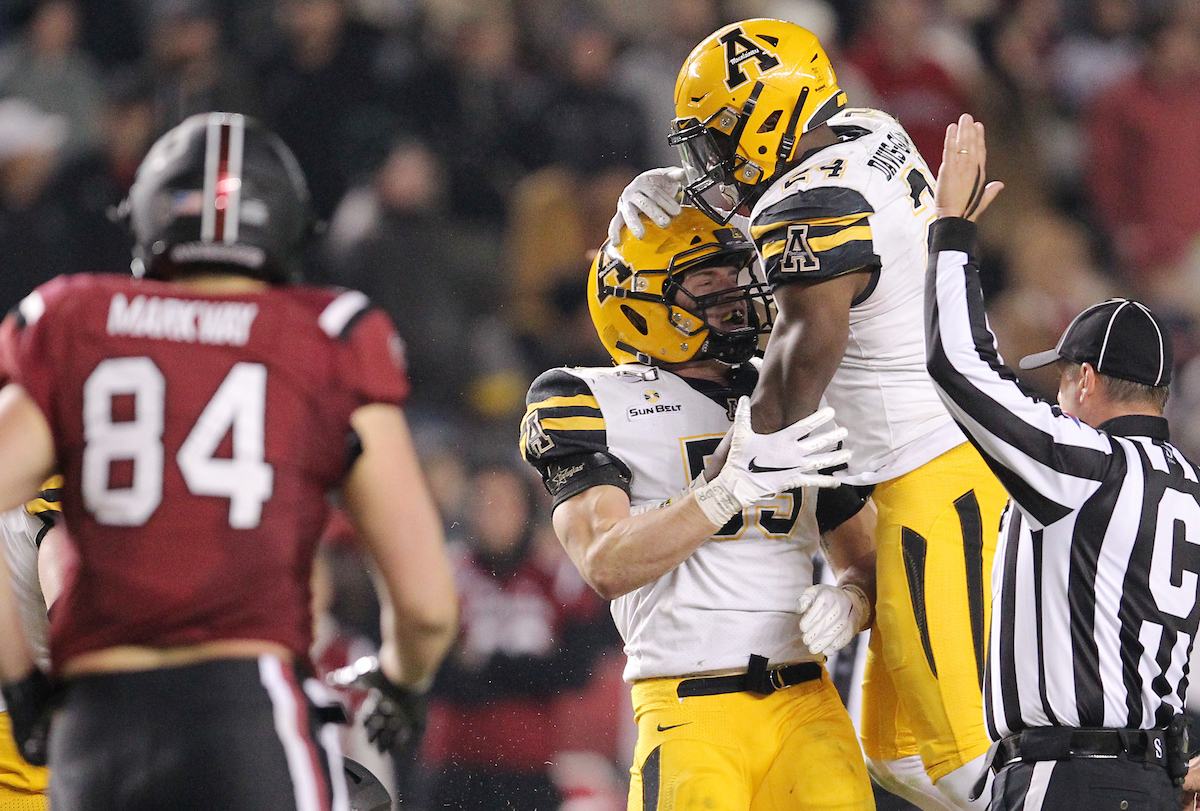 When the 2019 University of South Carolina football schedule was first released last fall, it was immediately clear just how difficult a row the Gamecocks would have to hoe … even to emerge with a winning record. By the time the season rolled around, the true dimensions of the challenging campaign to come came into crystal clear focus.

Nonetheless, despite facing what was widely regarded as the toughest schedule in the nation there remained a path to bowl eligibility for fourth-year head coach Will Mushchamp and his team …

First, South Carolina had to win all of the games it was supposed to win (North Carolina, Charleston Southern, Vanderbilt and Appalachian State) while taking two of the three games on its schedule that were perceived as toss-ups (Kentucky, Missouri and Tennessee).

It was generally accepted that South Carolina’s remaining five games – against Clemson, Alabama, (at) Georgia, Florida and (at) Texas A&M – were guaranteed losses.

Well, as it turned out the Gamecocks managed to steal a win against one of those five teams – but the rest of the bowl eligibility math hasn’t come close to adding up. Not only did Muschamp’s team lose two of its three toss-up games – it has also dropped two of the four games that were supposed to be guaranteed wins when the season opened.

Yeah … and you thought the nadir of the Muschamp era was the Belk Bowl loss last December?

It wasn’t … and the scary thing is we probably haven’t seen the bottom of the slide yet.

The latest loss? A deflating 20-15 defeat at the hands of Appalachian State – a Sun Belt Conference foe which staved off a furious fourth quarter rally from the Gamecocks (4-6, 3-4 SEC) to notch its second consecutive win over a power five conference opponent.

The consequences of this defeat are painfully obvious. To become bowl eligible, South Carolina must now travel to College Station, Texas and beat Texas A&M for the first time ever prior to returning home and defeating arch-rival (and defending national champion) Clemson for the first time in six years.

How likely is that? ESPN’s matchup predictor gives the Gamecocks a 22.1 percent chance on the road against the Aggies and an 8.8 percent shot at home against the Tigers.

Should things unfold that way, the Gamecocks are looking at a 4-8 campaign – easily their worst season of the Muschamp era (as well as the second consecutive year in which his program has failed to live up to expectations).

The Mountaineers (8-1, 4-1 Sun Belt) held South Carolina to an embarrassing 21 yards rushing (on 27 carries) on Saturday night – forcing offensive coordinator Bryan McClendon to rely exclusively on the arm of true freshman quarterback Ryan Hilinski. Sadly, the 6-foot-3, 230-pound native of Orange, California was not up to the task – missing a wide open Bryan Edwards in the back of the end zone on the final play of the game.

Even had Hilinski – who has had issues overthrowing open receivers all year – managed to connect with Edwards on the play, it would not have counted. South Carolina was called for holding – one of eight penalties assessed against the Gamecocks on a frigid early November night.

McClendon’s offense was every bit as cold as the temperatures, continuing to struggle on third down (converting on only four of eighteen chances) and failing to score a touchdown until the 2:58 mark of the fourth quarter.

The lone bright spot (aside from the continued domination displayed by punter Joseph Charlton)?

South Carolina’s top offensive threat bounced back from a knee injury in the first half to catch nine passes for 90 yards and a touchdown against the Mountaineers. Edwards’ 23-yard score late in the game enabled him to break the school record of 3,042 career receiving yards set by Alshon Jeffrey from 2009-11.

Edwards now has 3,045 career receiving yards for his Gamecock career, which means you will see his name in garnet-and-black paint at Williams-Brice Stadium next season even after he takes his talents to the NFL. Earlier this year against Tennessee, Edwards broke the school’s all-time receptions record – previously held by the late Kenny McKinley.

With two more receiving touchdowns, Edwards (above) will be the school’s all-time leader in that category, too – one more fond memory for Gamecock fans in what has been an otherwise forgettable year.

For the Mountaineers, though, the memories are all good …

Prior to this season, Appalachian State had not beaten a power five opponent since its historic upset of Michigan in Ann Arbor in 2007, when it was still competing in the Football Championship Subdivision (FCS). Now it has beaten power five teams twice in one year – a promising trajectory indeed for first-year head coach Eliah Drinkwitz.

Odds are Drinkwitz’s squad will find itself back in the national rankings following its road win against the Gamecocks.

As for Muschamp’s trajectory? After this loss, it is approaching terminal velocity. The embattled coach was able to survive a 4-8 campaign during his third season at Florida, but he was fired the following year – his fourth in Gainesville – when Gator fortunes failed to revive

During his four seasons at Florida Muschamp was 28-21 overall and 17-15 against SEC opponents.

Even worse, there is little reason for optimism in the campaign to come …

Muschamp (above) probably would have been canned by now were it not for his massive $22 million buyout (which drops modestly to $18.6 million at the end of the year). Also, he has the support of athletics director Ray Tanner – the man who negotiated the massive buyout.

Frankly we believe both should be fired … irrespective of the cost.

The University is a glorified goat rodeo at the moment, with its governing board bitterly divided and its new president entering under a cloud of controversy. Tanner and Muschamp could both wind up benefitting from the ensuing paralysis.

Can The Big Ten Still Hang?