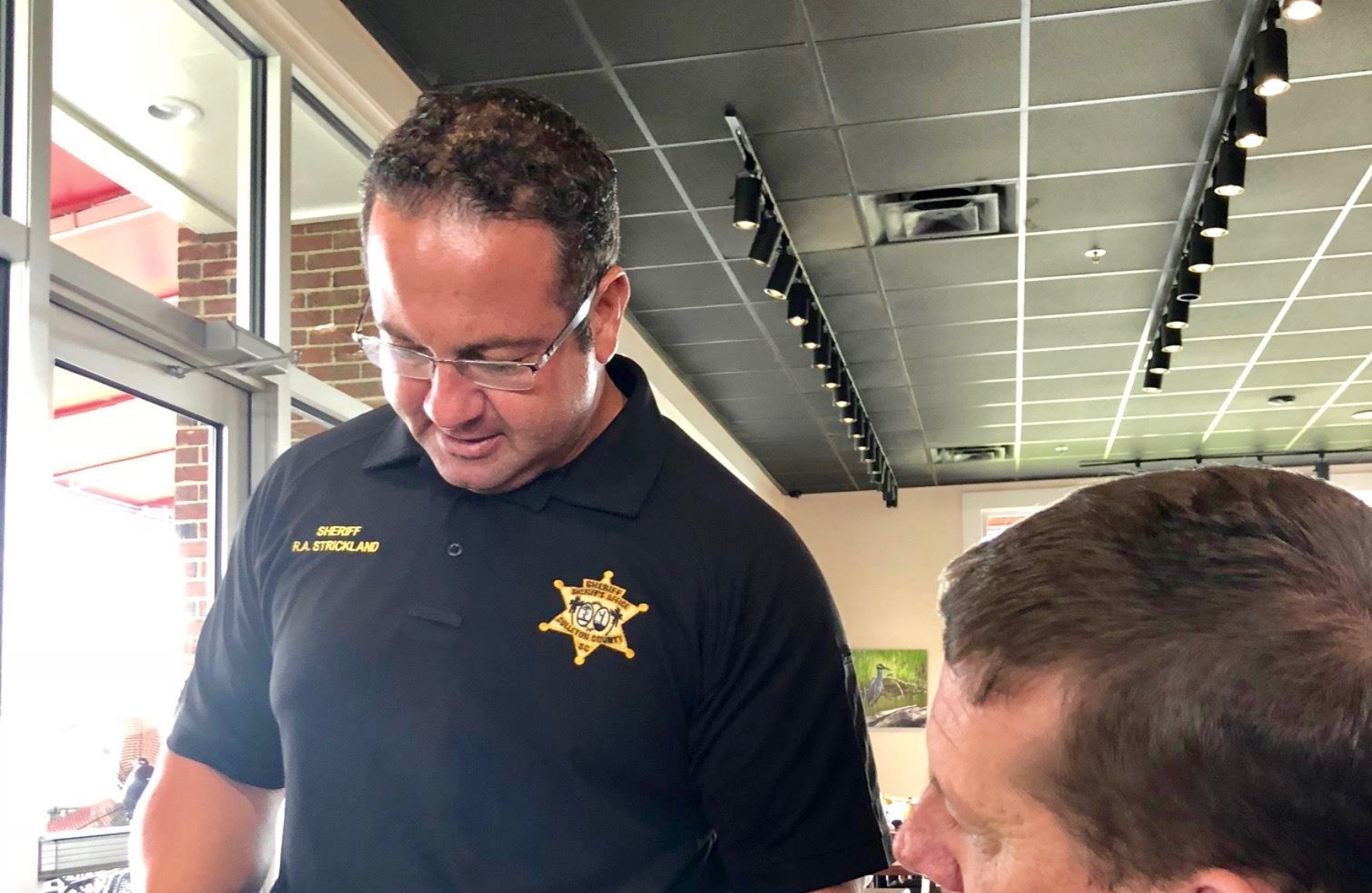 Colleton county, South Carolina sheriff R.A. Strickland was arrested by agents of the S.C. State Law Enforcement Division (SLED) on Saturday. The embattled lawman – who has been embroiled in any number of recent controversies – was arrested in connection with the alleged assault of a yet-to-be-identified victim.

According to a probable cause affidavit accompanying a warrant for his arrest, Strickland assaulted the victim by “punching her in the face, with a closed fist, more than once, which caused moderate bodily injury.”

The victim also “sustained a defensive injury to her arm in an attempt to protect her face,” according to the affidavit.

Not only did the sheriff allegedly assault his victim, he is accused of preventing her from reporting it (or receiving medical attention) by taking her cell phones.

“(Strickland) physically took possession of both of (the victim’s) cell phones, preventing her from reporting the incident or receiving emergency medical assistance,” the affidavit noted.

The sheriff also allegedly “damaged the vehicle (the victim) was attempting to flee in” in the aftermath of the incident.

Strickland, 40, has been charged with one count of second degree domestic violence related to the incident. Because he has merely been charged and not formally indicted, Strickland will not be suspended from office … at least not immediately.

Upon his indictment, however, he would be suspended from office by statute pending the resolution of the charge filed against him.

As with anyone accused of committed a crime, Strickland is considered innocent until proven guilty by our criminal justice system – or until such time as he may choose to issue a plea in connection with the case.

Strickland was booked at the Colleton county detention center. His case will be prosecuted by the office of S.C. fourteenth circuit solicitor Duffie Stone.

Sadly, news of Strickland’s arrest did not surprise us. After all, he has been putting on a clinic of late when it comes to bad decisions (see here, here and here).