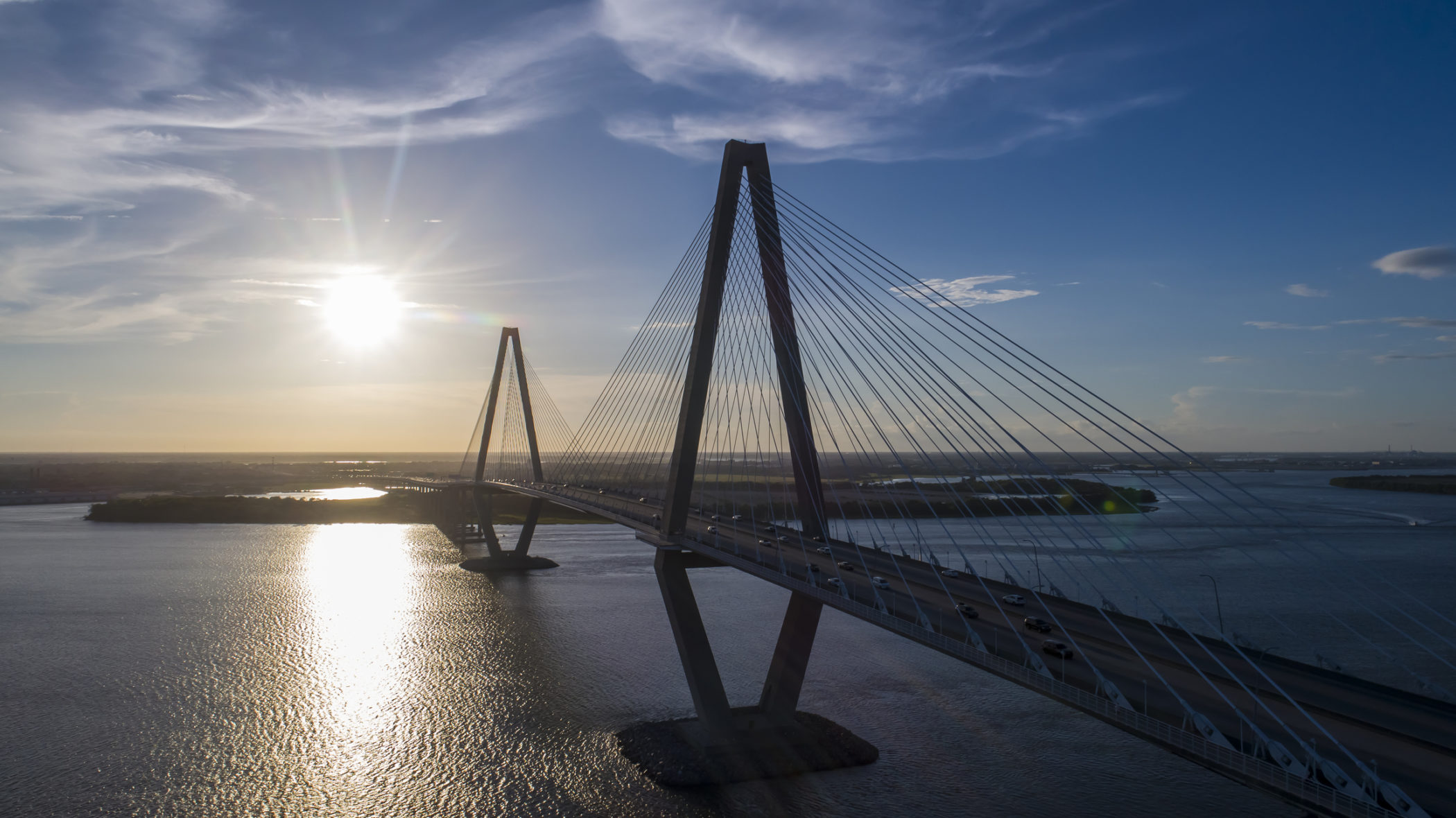 by AMY FEINSTEIN || It’s easy to blame the elephant in the room for the delayed filming of the seventh season of Southern Charm – Bravo TV’s Charleston, South Carolina based reality television drama. And certainly the lingering custody dispute between the star of the show, Kathryn Calhoun Dennis, and its former male lead Thomas Ravenel has probably played a part.

But while the drama between the redheaded vixen and disgraced politician is always a convenient excuse, behind the scenes Bravo and production company Haymaker appear to have their hands full with additional cast issues that have conspired to push filming until the middle of January.

Some of the cast members find themselves in a holding pattern – but others are using the extra time to clean up messes made at the end of last season.

The sixth season Southern Charm reunion show revealed a number of cracks in the interpersonal relationships within the cast, causing a lengthy discussion of whether the “aw, shucks’ charm of some of the male cast members had worn off.

Occupying much of this spotlight was original Southern Charm star Shep Rose, who garnered significant criticism for invoking the term “white trash” in referring to certain women involved in the show. Setting a blaze to the traditional “cooling off” period between the reunion shows and the beginning of the next season’s filming, Rose compounded his situation by sharing a video on social media in which he mocked a New York City woman who was collecting cans on the street.

Shep played the role of entitled trustifarian to the hilt – facing so much backlash he ultimately decided it was time to “take a little break” from all social media.

The original video (shared as an Instagram story) had Rose in the East Village cat-calling a woman collecting recycling, yelling to her “Look at me, nice cans! I mean, the cans you have!” In posting the video on his own account, he added a tag line, saying, “I love double entendres. Yes she was camera shy. But she laughed.”

Rose’s social media followers didn’t laugh, though, especially so soon after he was taken to task for “toxic masculinity” at the Southern Charm reunion, which was filmed in NYC.

Initially, Shep pushed back at the online criticism, suggesting people just didn’t have a sense of humor. He responded by posting what he seemed to think was a witty retort.

“Always get a chuckle when people try to send me to the principles [sic] office,” he wrote. “I bet you were a scream in high school!”

Rose also eschewed suggestions from fans to learn from his misstep, mocking them on Twitter.

“Omg. I offended you! Ok. Here’s the plan, sensitivity training five times a week,” he said in a tweet. “Then intensive therapy (hot yoga?) followed by a public flogging in the town square. Then I move to Siberia and live in an igloo for 4 months. At this point I think I’ll be cleansed of your disapproval.”

But the principal’s office (a.k.a. Bravo) appears to have gotten hold of Shep and informed him that he was making matters worse by defending his behavior on social media … so he posted on Twitter to announce that he was taking a hiatus (using language which seemed to be in the tone of a public relations crisis expert).

I feel absolutely sick about all that’s transpired this week. I’ve compounded stupidity upon stupidity. Just know that I never intended to hurt anyone. And I do enjoy sharing my adventures and thoughts with you. But I blew it. Anyway, gonna take a little break. And look inward.

Rose, 40, who has returned in a more sheepish manner to social media has also hung up his mic for now from his podcast, ironically called Enough About Me, as he claimed too much of his time was spent procuring guests (seven episodes are available to stream).

On the reunion shows, Craig Conover shared his struggles with Adderall abuse and how it was hampering his efforts to get his professional life together. Conover used his time after the last season to raise money for hurricane relief in the Caribbean, and share his pillow designs with the world, starting with an east coast beach town tour.

Occasional cast member and executive producer Whitney Sudler-Smith took the time off to finally have rotator cuff surgery, which involves intensive physical therapy and rehabilitation at the home of his mother, cast matriarch Patricia Altschul, who confirms that Whitney is on the mend.

But of course one of the big obstacles from season six was the ongoing struggles between Dennis (above) and Ravenel over the charges that he sexually assaulted the family nanny, which then led to the latest custody battle and the announcement of Ravenel’s new starring role in a civil suit against Bravo, NBC Universal, Comcast, and Haymaker.

The erstwhile couple, who have two minor children together, have worked out a deal in advance of their scheduled November 21 court date. Through mediation, Dennis and Ravenel reached an agreement that is satisfactory to both parties, with Dennis acknowledging that she is happy it’s all over and excited to move forward with her children.

And while Ravenel has emphatically stated that his participation on Southern Charm was a mistake, one hot rumor currently circulating is that he is interested in returning in some capacity – part of a “redemption storyline” now that he has avoided jail time by virtue of his plea deal with prosecutors in the Dawn Ledwell case. This idea seems farfetched, though, as Ravenel’s love life is once again the talk of the town. The former state treasurer’s current girlfriend, Heather Mascoe, is involved in her own legal drama with local bar owner Leo Chiagkouris, with whom she shares two children.

In August, FITSNews shared photos of a banner that Chiagkouris (owner of the Charleston bar and restaurant, Henry’s) hung outside his home. The banner disparaged Ravenel – and was reportedly hung after Chiagkouris learned the former reality star had spent the night in the home where his children were sleeping.

In addition to the banner, Chiagkouris posted a petition online which read:

Would any parent allow this convicted man to establish himself in your home while your children are present? This man was booked of 2nd Degree Assault and Battery … to a Former Nanny! Also, was indicted on Federal Cocaine Charges! As a concerned parent of my own children, who experienced this situation, I feel very concerned to pass this information on to others and for other parents to beware!!!!!

According to the Charleston county court website, the custody conflict between Chiagkouris and Mascoe continues, and at the end of October, Mascoe (below) was arrested on charges of “Financial Transaction Card Theft” allegedly related to the ongoing issue with her ex. A source with knowledge of the case states that Chiagkouris has recently acquired a highly trained Belgian Malinois to protect his home.

While Ravenel’s reappearance could bring big ratings to the show, it’s hard to imagine Bravo would want to do business with someone planning to give testimony against them in the ongoing civil suit.

The final conflict reportedly being ironed out before the series starts shooting concerns the latest addition to the cast, Eliza Limehouse and her family issues – which were touched upon last season. Limehouse, who is the only child of former South Carolina state representative Chip Limehouse and his ex wife, Susan Limehouse explained that her parents’ divorce had a dramatic effect on the social standing of her family when it was exposed that her father had an extramarital affair which led to the birth of a child, his third, a daughter, who is turning three this fall.

According to a FITSNews source, the mother of the minor child doesn’t want the toddler on the show or on social media posing with Eliza, Chip, and Susan – which suggests they are one big, happy family.

A source familiar with the custody matter suggests that when the child is with Chip, she is cared for largely by Susan and/or Eliza – despite claims that the Limehouses are no longer a couple. The mother has been disappointed by situations in which the women have claimed guardianship of the child – and while she appreciates that they have a bond with the little girl, she is trying to keep life as normal as possible.

The source believes any conflict can be worked out, but added the mother will never be okay with her daughter being part of the Bravo series.

Also making news in advance of the new season of Southern Charm is the on again/ off again relationship between cast member Austen Kroll and Madison LeCroy, who seem to have patched things up just in time to shoot the new season. After some nasty back and forth over the summer, the two posed lovingly in their couples Halloween costumes, channeling Marilyn Monroe and JFK.

With mid-January being far enough away to plausibly heal all wounds, physically and psychically, the show, as they say, will go on … but when it comes to Southern Charm the drama will never be left at the door.