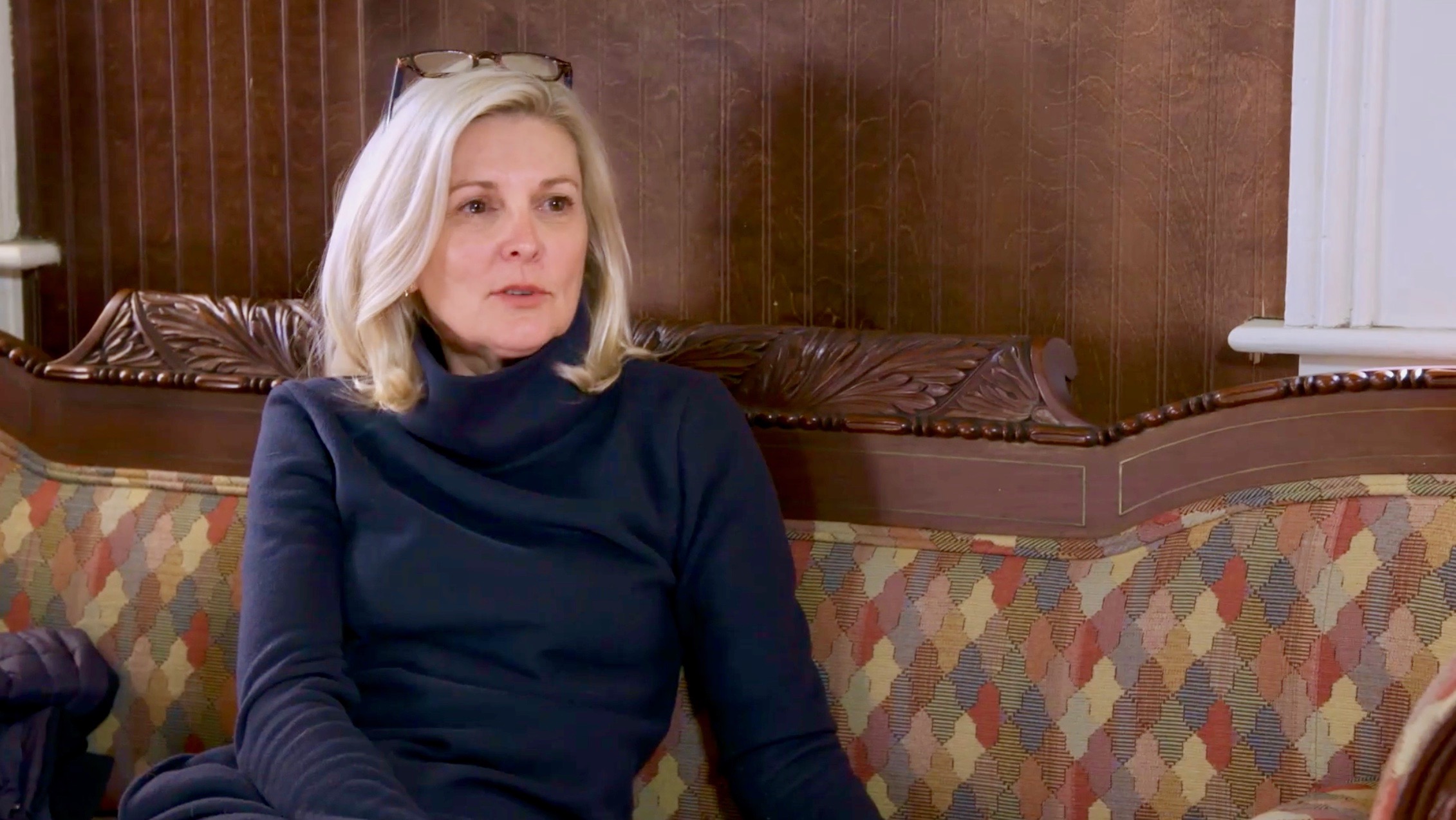 In her star turn on the forthcoming episode, Susan Limehouse sits down with her daughter at the Meeting Street Inn, one of several hotels in Charleston, S.C. owned by the family.

“Being a Limehouse in Charleston is a big last name to handle because we’re one of the oldest families in Charleston,” Eliza Limehouse informs us in a not-so-humble voiceover leading up to her conversation with her mother. “One day my siblings and my cousin and I are going to inherit $50 million worth of properties, so I’m trying to learn every aspect (of the business).”

Not while the Southern Charm cameras are rolling, though (and presumably not after, either).

As Susan Limehouse settles in on arguably the ugliest piece of furniture we have ever seen, her daughter informs her of plans to host a fox hunt at the family’s ancestral plantation, Airy Hall.

Unfortunately for her fellow cast members, the weather is not cooperating (the Limehouses don’t control the clouds … yet).

“So there’s not gonna be a fox hunt,” the daughter laments.

“I’d already invited everybody to come out so I’m having a skeet shoot/ southern brunch,” Eliza continues, undeterred.

“I don’t have to do anything do I?” her mother inquires sharply before settling into a modest maternal scolding over Eliza’s ongoing refusal to “date someone closer to your age.”

Which is when we get to the good stuff …

“I obviously am not very good at picking out men – but with dad and everything we’ve been through I’m just wondering if you’re sort of looking for a father figure,” Susan Limehouse tells her daughter, managing to combine a broadside against her ex-husband with some dime store psychoanalysis.

“Stop trying to be my therapist,” Eliza fires back.

“I’m not being a therapist, I’m just trying to give you life experience,” Susan says.

At this point, Southern Charm producers flash a 2016 story from this news outlet onscreen about Chip Limehouse’s fathering of a child out of wedlock.

Shortly thereafter, Susan Limehouse offers up some additional “life experience” for her daughter …

“I remember when we went through – you know with the Episcopal church you have to go through counseling before you get married – I remember the priest, who was Chip’s cousin, telling us maybe we shouldn’t get married,” she tells her daughter. “We should have listened.”

“But then I wouldn’t have you,” she adds, awkwardly.

The Limehouses of Charleston, everybody …

Alan Clemmons Gets Shot Down Again