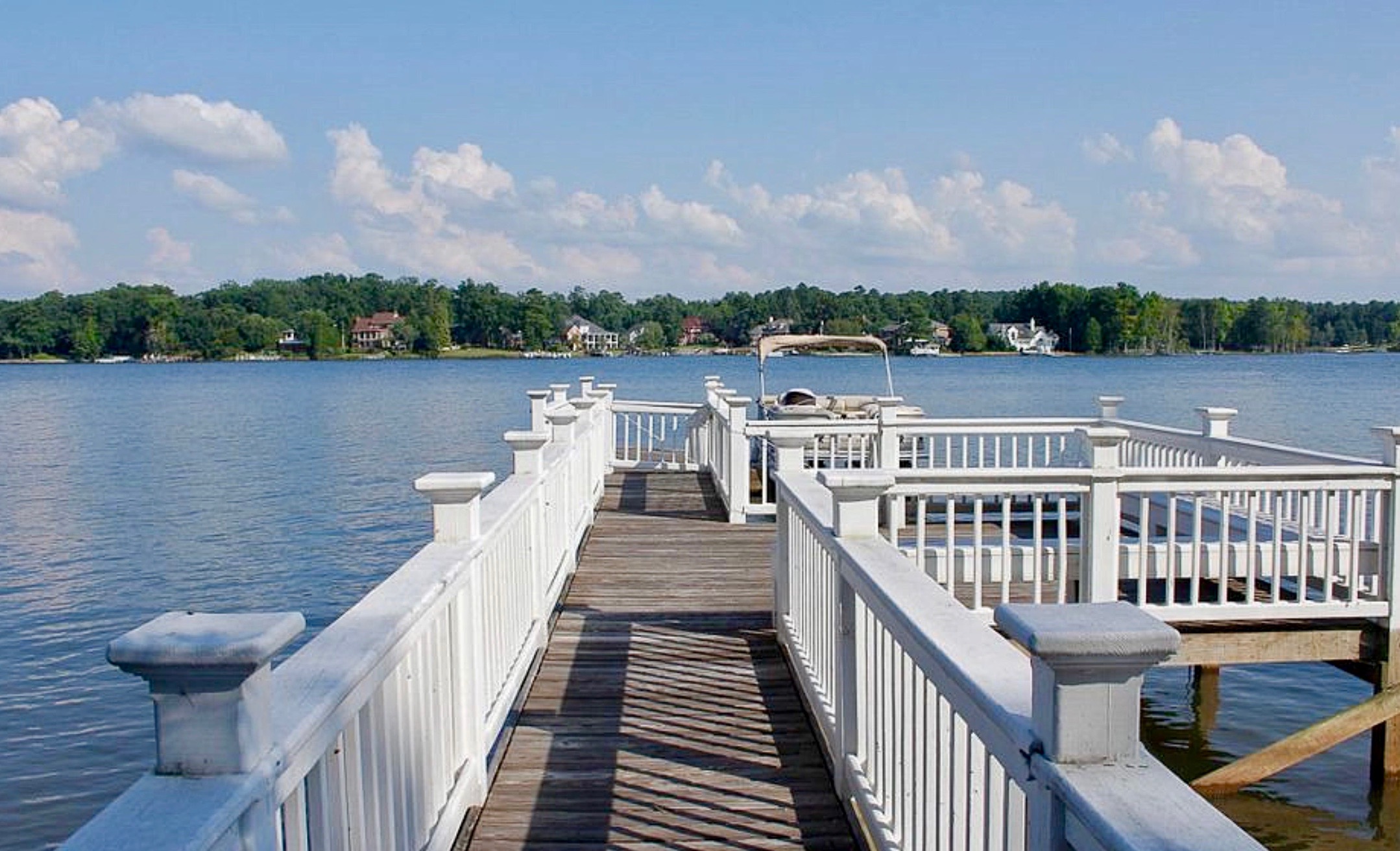 A 5,500-square foot lakefront mansion previously owned by the parents of former South Carolina governor Nikki Haley was officially foreclosed upon late last month after being sold at auction.

We first reported on this developing situation back in December, noting the property – which has an estimated value of anywhere from $1.1 million to $1.4 million – would be sold at auction in early March.

The property – located at 1228 Morning Shore Drive in Lexington, S.C. – is a five bedroom, five bathroom residence situated on a 0.68-acre lakefront lot. Records indicate Haley’s parents – Ajit S. Randhawa and Raj K. Randhawa – entered into a mortgage in the amount of $852,000 on the property in December 2007.

As of April 2017, the couple owed roughly the same amount – $844,178 – on the property, according to a judgment of foreclosure we obtained.

According to Lexington County property records, the Randhawas have been released from the obligations of that mortgage following the foreclosure, the March auction and a subsequent “deficiency sale” that was formalized on April 3.

As we noted back in December, this news outlet would not ordinarily deem the foreclosure of a home belonging to the parents of a politician to be particularly newsworthy (no matter the prominence of the politician in question).

In this case, however, Haley’s personal financial history – which has prompted all sorts of scrutiny over the years – has been inextricably (and controversially) linked to the finances of her parents.

To recap: In 2014, this website ran an exclusive report regarding a questionable mortgage transaction involving Haley, her husband Michael Haley and her parents. Specifically, Haley’s parents gave her and her husband a mortgage on a property located in Lexington County, S.C. in order to secure a $400,000 note.

In other words, the Haleys gave – or pledged to give – $400,000 to her parents in exchange for a security interest in this piece of property.

Eight months later – just days after Haley’s 2014 reelection – the former governor and her husband subordinated their interest in this property to another mortgage, thus enabling Haley’s parents to receive a $779,826 bank loan.

Wanna go deeper down the rabbit hole? Check out this exclusive report we published last January detailing those (and several other) curious financial transactions.

In 2017, a similarly eyebrow-raising deal involving Michael Haley and the Randhawas took place involving a shopping center. The governor’s husband made $160,000 on that transaction, which involved a Columbia, S.C.-based property manager named Rick Tangri.

By far the most bizarre financial linkage between Haley and her parents took place over a decade ago, though.

In August of 2008 – while still a member of the S.C. General Assembly – the future governor and ambassador submitted an online employment application to Lexington Medical Center, a regional hospital which wound up employing her for twenty months as a vastly-overpaid “fundraiser.”

Haley’s online application included a 2007 income estimate which considerably exceeded the amount of money she reported to the Internal Revenue Service (IRS) that year. Specifically, the application stated that Haley made $125,000 from her family clothing business in 2007 – even though she only reported $22,000 in income to the government that year.

Haley (above) later claimed she did not provide the hospital with the $125,000 figure, and that she did not know who did. However, a would-be “forger” would had to have known Haley’s personal phone number, private email address, user name, security question and password.

Haley’s “password problem” continues to invite questions as to how she and her husband were able to live so lavishly in the years leading up to her election as governor of South Carolina in 2010 on what appeared to be a modest joint income.

In 2004, the year she was elected to the S.C. House, the Haleys reported only $65,700 in joint income to the IRS. Two years later, they reported income of only $40,300.  Despite such modest earnings, the Haleys maintained their spacious Lexington, S.C. home (the one they just sold for $405,000) while the future governor zoomed around the state capital in a loaded Cadillac SUV.  Haley also dressed to the nines, including expensive shoes, clothing, lingerie and jewelry (most notably an infamous gold “waist-let”).

This news outlet continues to believe it is Haley’s messy personal financial history – not the decade-old allegations of affairs – that will plague her as she plots her next move on the national stage.

Or, we could be wrong. Maybe she really does walk between the raindrops?

Santee Cooper Compromise: Is This A Joke?