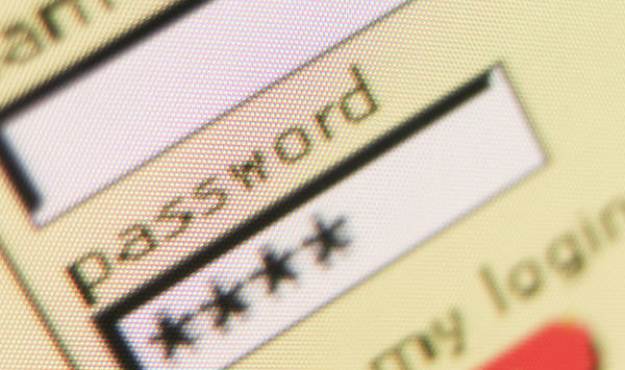 This time it was Robert Kittle of WSPA TV-7 (CBS – Spartanburg, S.C.) doing the sleuthing … and catching Haley in yet another lie related to her tumultuous tenure at the hospital.

For those of you who’ve been in a two-week coma, here’s a quick recap: Haley – or a mysterious job application “phantom” – listed her 2007 income at Exotica International (the clothing store run by her parents) at $125,000 and requested that the hospital pay her this same amount. The only problem with Haley’s alleged income declaration? According to federal tax returns – which the Republican candidate belatedly released during the 2010 gubernatorial race – she only reported earning $22,000 from Exotica in 2007.

Haley has repeatedly denied that she filled out the application or provided the $125,000 figure – which she insists is inaccurate. However, the hospital has said it did not alter the submission. In fact, the online resume service that the hospital uses only permits its staff members to view, print or forward the application information.

A hospital spokesperson also told to The (Columbia, S.C.) State newspaper that anyone fraudulently filling out the application “would have had to know (Haley’s) social security number, address, job history, past supervisors, job duties, education and other details.”

Not only that, they would also have had to know a secret security question (and answer) as well as the user name and password that was created for the application process.

Asked by Kittle about the password associated with the online job application, Haley may have set a land speed record for contradicting herself.

Here’s what she said …

“The lies have gone well beyond pathological,” a Democratic operative told FITS. “She should take this show to Vegas.”

Indeed. Already busted lying about how she got the Lexington Medical job – and why she ultimately “resigned” from it – Haley is now telling additional lies to cover the lies she’s already told.

Will any of this chronic fibbing stick to “Teflon Trikki?”

Body language during questioning and especially the erratic eye movement and uncomfortable facial expression indicates that she is caught in a lie. Anyhow, time will tell.

Does NIMRATA speak with “forked tongue”?
You Betcha! I love the way this TEA Party thang is working.
It’s the best asset a Democrat could have.

Nikki,
Just shut up and don’t open you month any more (unless to insert something into it, like a foot). You are not smart enough to lie and get away with it. I will give you this advice for free, shut up. Don’t talk to the press anymore.

Just another person, I know you’re just kidding but Nikki is an elected official. She HAS to talk to the press. They are there to ask questions the people/the voters/the citizens/the taxpayers 50 or 150 miles away cannot ask.

She’s NOT half term governor Sarah Palin, who can confine her media interactions to FOX, Twitter and Facebook.

There are a lot of allegations that she lied on the job application. Why hasn’t anyone thought that maybe she lied on her taxes? What am I missing?

Why doesn’t anyone ever point out the line on the application where it says, in effect, “My printed or typed name shall have the same force and effect as my signature”? That fact alone negates any “I didn’t sign it” argument.

You’re dead on it…not that it’s one bit better, but she actually (most likely) told the truth on the LMH app, which busted her on the lame lie that the family paid her about 11 bucks an hour at the clothing store. I would think that the IRS would be more interested than anyone in this jackassery; you know SC DOR won’t touch it…

Huhhh, if she keeps this up, she WILL be a half term governor. Let’s face it – Haley is setting herself up to do the same thing Palin did. Haley keeps giving ammunition to the press with each lie that is told. Before you know it, she will collapse under the pressure just as the “mama grizzly” did!

Just throwing this out there… Is it possible, through an FOIA request, to obtain the wages reported to DEW? That is, provided that the wages were reported as required by law, and we already know Haley’s record on reporting, on time or otherwise!

I don’t know whether Tricky Nikki lied on the job application or to the government, but I think the IRS should look into it. I’m sure they would if it was me!

And you guys used to poke fun at Jake.

Bill OReilly on FOX news, has a body language expert who has consistently pointed out that looking to the left always indicates “making things up” or lying.

Sorry willie you will not pin Teflon Queen Nikki down on “There was no password. The password was where I graduated from high school”.

Next week Chief Eunuch Timmy Poo will issue a press release announcing that the password statement to WSPA was not a lie because Queen Nikki has never graduated from high school. Therefore, no high school, no password, no lie, no problem.

Roll on Queen Nikki, roll on.

Does she use her high school name as her password to the state computer network. Oh, I forgot she doesn’t use the state computer network to evade the FOIA. Her whole life has been a lie. She knows it her husband knows it and her children know it. Tim James knows it and anyone who has been around this phony for more than 10 minutes. Even the team of SLED Agents knows it. Reggie warm up the polygraph to defend the honor of Her Excellency.

Govenor Haley and her husband completed nummerous loan applications and executed closing documents on thier home purchase. What do those documents indicate they earned? Either they bought things they could not afford or they lied on the applications. Unless, of course, the banks simply extended some of those special rate loans we read about–like the one the AG received.

Oh stop it. All this talk……”Teflon Trikki” and “Queen Nikki”, I get so excited I can’t even stand up for an hour. Who is the Goddess from India?

she is a stupid ugly bitch!

Want to talk about some dishonest shit in politics? Look at the mess down on the coast. Robert Rabon has raped the hell out of the Horry GOP by being a toady to Mark Kelly.

Open the books, Bobby boy! What are you hiding? Need some forensic accounting? That could be arranged …

What is this between Nikki and Darla?

This is very simple. A mouse may decide to attack an elephant, but what is the realistic outcome?

Nikki is not a mouse.

No? Look at those incisors.

First of all, what a terrible password. Never use names close to you. Second, hasn’t the password question come up before now? Where was her “prepared” answer?

Nice teeth. Must have been breast fed as a child.

just another person: From all I’ve heard and read, Nikki enjoys inserting things into her mouth, but it’s not a foot. Unless, of course, you are talking about something that’s a foot long.

This is excellent investigative journalism. You cannot accuse FITS of aggregation-only journalism that is the hallmark of HuffPost.

I am tired of this mess in our state. Why do we always elect (or at least in the last 10 years) people of poor ethics and common sense. We need someone of character in leadership. This is wrong. She certainly seems to lie as easily as she should be able to tell the truth. I am sad and angry that SC will allow someone who seemingly lies straight to our face to continue to make decisions that will help or hurt us all. Let’s have this investigated and make our plans at that point.

Patholgical lying is compulsive lying. This mental illness or disorder can be be treated. Sexual addiction often accompanies pathological lying. All are forms of obsessive compulsive disorder. If her family cares, they will find a reab. facility. However, a person must first admit the problem and accept treatment.

FYI…The IRS offers rewards. When you alert them to a tax scandal, they will compensate for the heads-up. Exotica International.

One of my favorite quotations comes from Mark Twain: “If you tell the truth, you won’t have to remember anything.” Just imagine how much our elected officials could accomplish without all of those pesky little lies floating around in their brains.

She is not Sikh. She may do as she pleases.

What we really need is some Sharia law in this state to prevent this kind of thing from happening.

It seems that that the only decent human in state government is Loftis. And that’s why they want him out.

I think her tax return is the key. Let’s flood the IRS with form 3949 A – the form used to submit information on those who may be cheating the IRS. You can even submit it unsigned. The form is on the IRS website. If the IRS gets many of these maybe they will investigate.

It is the health records, man. Booty calls with that many guys, it has got to read like Penthouse.

How long before all these inquiries simply become too much and she is rendered ineffective at doing the bidding of the billionaire libertarians that handed her her agenda at the last Americans for Prosperity confab? I’m sure she’ll eventually be forced to step down in order to save the state from having to spend the money to defend her in court…after about half a term sounds right.

Hey Nikki! i will try to e-mail u some time soon. Has Rachel Russell come out with any other series or books beediss Dork Diaries? If she did i will try to read them. U prob will have a famous carreer now that u came out with Dork Diaries. i mean, all the comments i have read on here have been all good. Also, in my world Nikki, u r not a dork. U r a good friend to me if u accept that. Well if u do, u have made a new friend! TTYL, Olivia