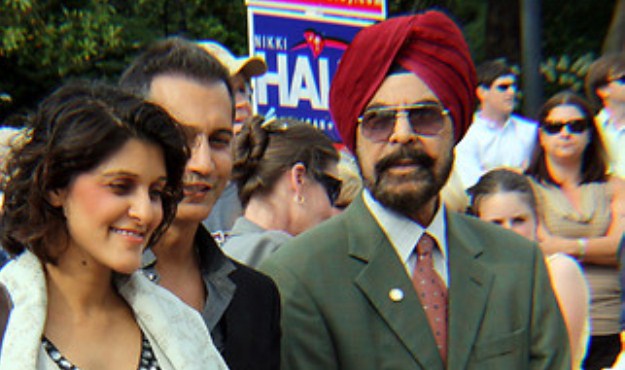 It’s unclear exactly what the underlying financial arrangement is, but a mortgage transaction was filed in Lexington County, S.C. earlier this week related to the deal.

That order – which lists the Haleys’ residence as 800 Richland Street (a.k.a. the Governor’s Mansion) – shows that the governor’s parents have given her and her husband a security interest in a pair of properties they own.

“This is not a typical mortgage and definitely not an arms length transaction,” one source familiar with such financial deals told FITS.

No note is attached to the order, but whatever the amount of debt the Randhawas “owe the Haleys for some amount.”

“There’s no way of knowing for sure from the mortgage whether a loan was actually made,” another property attorney told FITS.

Haley’s financial relationship with her parents’ company has made news in the past.

In August of 2008 Haley – then a state representative – submitted an employment application to Lexington Medical Center (which wound up employing her for twenty months as a vastly-overpaid “fundraiser“).

This job application included a 2007 income estimate which vastly exceeded the amount of money Haley reported to the IRS that year. Specifically, Haley’s application stated that she made $125,000 from her family clothing business in 2007 (a figure that would explain her $300,000 home, Cadillac SUV, etc.).

The only problem with that figure? On her federal tax returns, Haley reported making only $22,000 from the “family business” that year.

Haley later claimed that she did not provide the hospital with the $125,000 figure, and that she did not know who did. However, a “forger” would had to have known Haley’s personal phone number, private email address, user name, security question and password.

The initial suspicion was that Haley may have lied on her job application – although the much more damaging allegation is the possibility that Haley lied on her tax returns regarding income derived from her parents’ business.

The “Save Bobby” Bill?