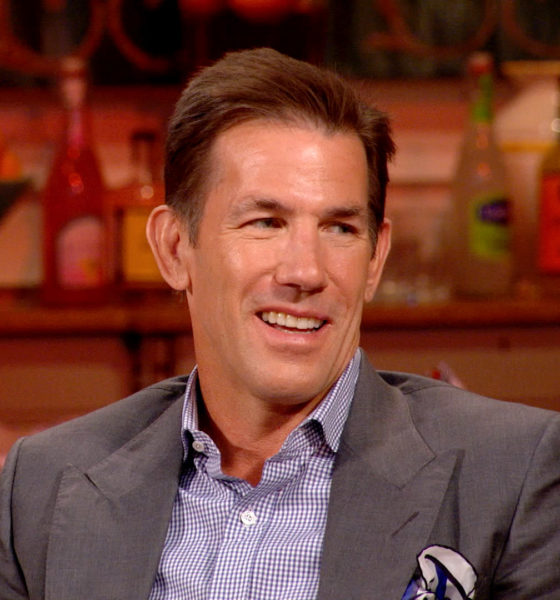 The stakes are high for Thomas Ravenel right now …

The disgraced former politician – booted off of his popular reality television show last year – is staring down a criminal charge in connection with the alleged rape of his former nanny, Dawn Ledwell.

Ravenel has reportedly been offered a plea deal in connection with that case, although he has yet to decide whether to take it. If he doesn’t, he could face tougher criminal charges.

In the meantime, the 56-year-old playboy has been pushing back hard against what he believes to be a conspiracy against him …

Ravenel was arrested last September and charged with second degree assault and battery in connection with the Ledwell case, news of which was exclusively reported by this outlet. Shortly thereafter, it was announced that Ravenel would not be part of the sixth season of Bravo TV’s Southern Charm – the popular reality television show that has made him a household name.

Prior to being arrested for his alleged assault of Ledwell (above), Ravenel was accused of settling out of court with another alleged sexual assault victim in July of 2016. Those reports were advanced by the daughter of the alleged victim, Florida-based model and real estate agent Ashley Perkins.

That story was first reported by this news outlet. Ironically, Perkins has since emerged as a supporter of Ravenel in his case against Ledwell.

In addition to the criminal case, Ravenel is also in the midst of a major civil suit filed by Ledwell against a host of defendants – news of which was also exclusively reported by this outlet.

Beyond that, there is his caustic custody dispute with ex-girlfriend Kathryn Calhoun Dennis – who is entering her fifth season as a cast member on Southern Charm.

This custody dispute served as the pretext for Ledwell and several members of her family – including her husband – to be deposed last week by one of Ravenel’s attorney, Kelley Andrews.

Multiple sources familiar with the deposition of Ledwell’s husband tell us he was subjected to extensive questioning regarding sexually explicit text messages exchanged with his wife. In fact, we are told Ledwell’s husband was forced by Andrews to read these racy messages – all of them – in a room full of lawyers.

“They made him read sexts for an hour,” a source familiar with the deposition told us. “Between himself and Dawn.”

Not only that, Andrews reportedly forced Ledwell’s husband to provide additional details of the sex acts he discussed with his wife – and to elaborate on what certain messages meant.

“It was humiliation,” our source said.

The graphic messages were reportedly obtained by Ravenel’s attorneys because they were on one of the electronic devices submitted by Ledwell to the police in connection with her criminal case. Again, though, it is not immediately clear what – if anything – the racy exchanges between Ledwell and her husband have to do with the Ravenel-Dennis custody drama.

As veterans of depositions, we are well aware that once you walk into that room … everything is on the table. Unlike testimony provided in court, there is little-to-no opportunity for attorneys to object to particular lines of questioning – and obviously there is no cross-examination.

Pretty much anything they ask … you have to answer.

Still, the line of questioning employed against Ledwell’s husband strikes us as over-the-top, out-of-bounds and a sign of Ravenel’s growing desperation. In addition to being part of an apparent fishing expedition, it also seems to be an attempt to intimidate – and humiliate – Ledwell and her husband.

One source close to the ex-nanny told us it was an attempt to “victimize her all over again.”

“This is why rape victims do not come forward,” the source told us.

Were Ledwell and her husband intimidated by the tactic?

“No,” our source said, adding that the embarrassing deposition questions have only strengthened their resolve to pursue justice against Ravenel.

In addition to the off-screen drama, Southern Charm’s sixth season is scheduled to premiere on Bravo TV at 9:00 p.m. EDT on Wednesday, May 15. Which means we will have on-screen fireworks to keep track of in addition to these various legal maneuverings.