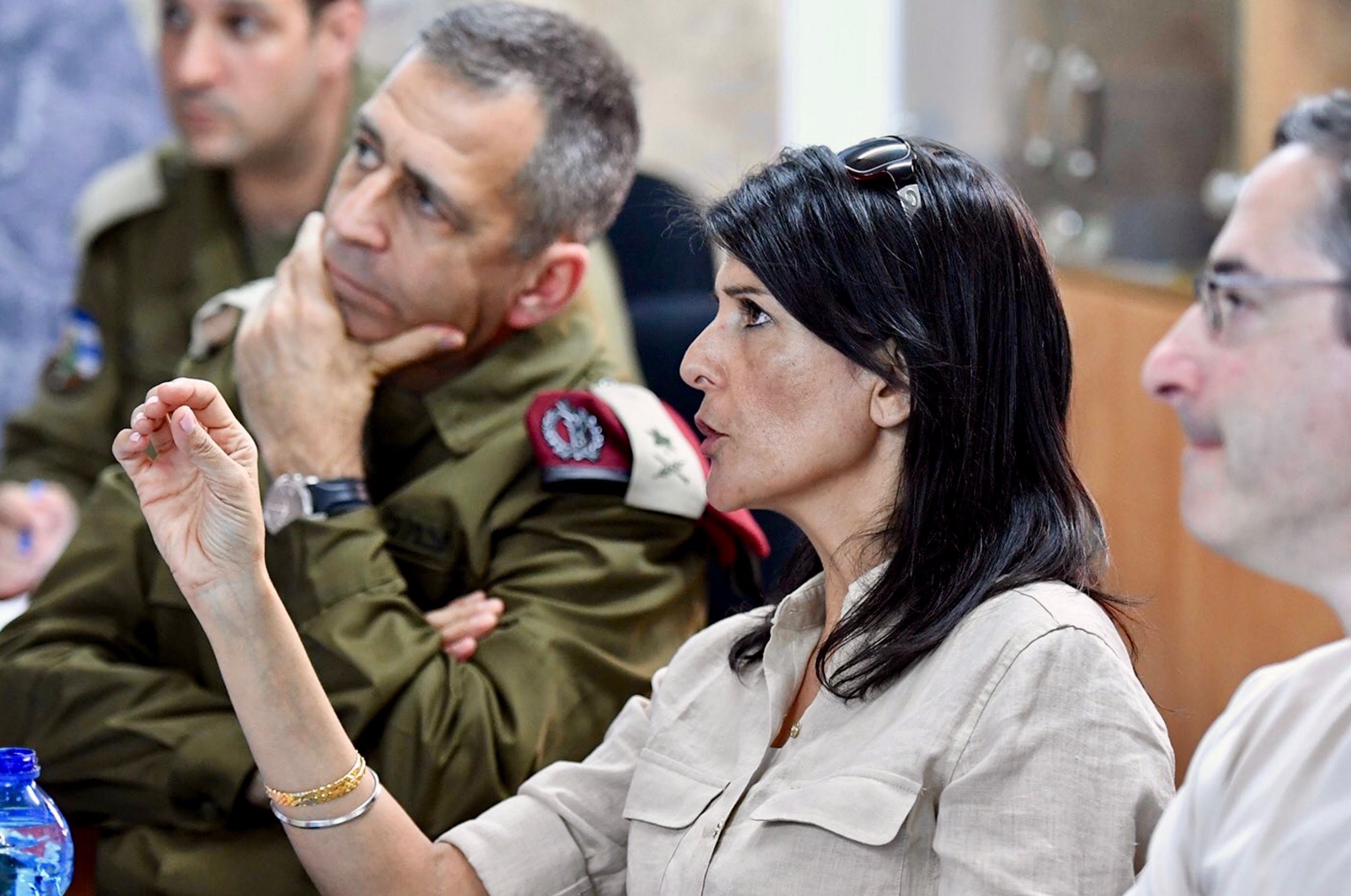 A Washington, D.C. speakers bureau that represents former South Carolina governor and U.S. ambassador to the United Nations (UN) Nikki Haley is quoting would-be audiences a fee of $200,000 per domestic speaking engagement for Haley – along with travel to and from these events on a private jet.

According to reporter Kayla Tausche of CNBC, who first reported on the fee, “engagements outside the United States could cost considerably more.”

Such a fee “propels (Haley) into a league populated by U.S. presidents” as well as former Federal Reserve chairman Ben Bernanke, former first lady Michelle Obama and former Democratic presidential nominee Hillary Clinton, the latter of whom charges $225,000 per speech.

Assuming she is able to command such lofty sums – and we have no doubt that she will – Haley should be able to quickly erase her debt, which government disclosure forms have estimated as being anywhere between $525,000 and $1.1 million.

A staunch neoconservative, Haley is beloved by the Washington, D.C. war party and is viewed by many as a likely presidential candidate (sooner rather than later, in fact).  Upon stepping down from the cabinet of U.S. president Donald Trump, the 47-year-old Indian-American made it clear she would be supporting his reelection bid in 2020 – however we believe she will not hesitate to jump at the first available opportunity to seek the highest office in the land.

And yes, that includes a possible primary challenge against the GOP incumbent in the event he should continue to stumble …

With polls showing her to be a tremendously popular national figure, Haley has also been bandied about as a possible replacement for U.S. vice president Mike Pence on the Trump ticket next year – although there has been nothing to suggest he is considering such a move.

Nor do we think Haley would ever play second fiddle …

As for her six-figure speaking fees and private jet demand?  Hey, it’s the marketplace … we don’t begrudge Haley one bit for charging what she thinks she can get for speaking engagements.  In fact our guess is there will be no shortage of special interests eager to pay the freight …

Not everyone is in agreement with our assessment, though.

“She was only barely a national figure when she was ambassador,” our intrepid D.C. Operative mused.  “Now that she’s not, she’s not as a big a draw except maybe overseas where a lot of these interest groups and businesses believe that they can somehow curry favor with the administration by paying her.  The longer she’s out of the public eye, the less people will care.  First rule of advertising is never stop advertising.”