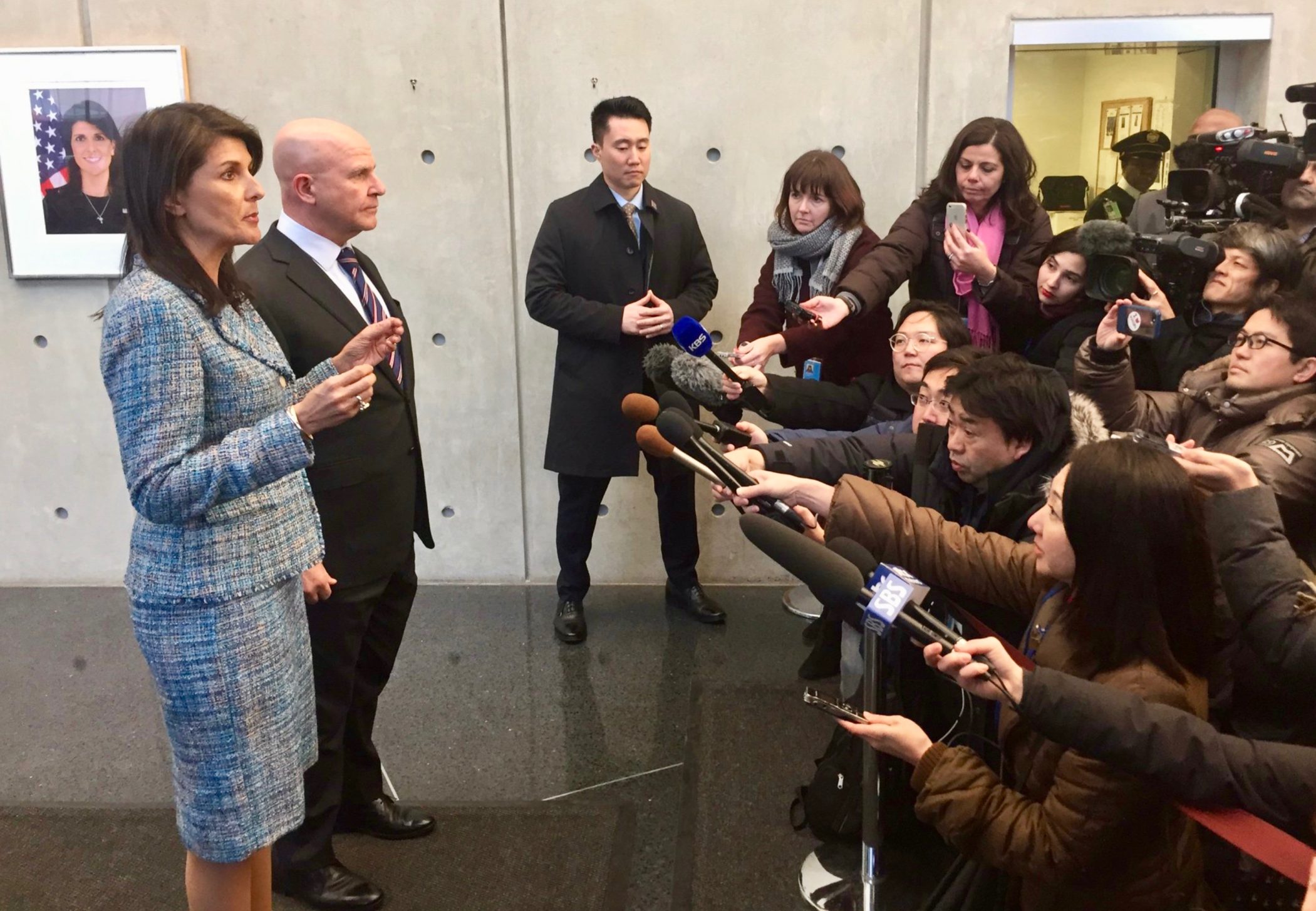 We wrote earlier this week about U.S. ambassador to the United Nations (UN) Nikki Haley and efforts by America’s “war party” to position her as its candidate for president in 2020.

How are those efforts going?  Swimmingly …

According to the results of a new Quinnipiac University survey, Haley is by far and away the most popular member of the cabinet of U.S. president Donald Trump.  Nearly two-thirds of American voters (63 percent) approve of the job Haley is doing as UN ambassador.  By contrast, only 17 percent disapproved.

Not bad for a woman who got the job as a political favor … to someone else.

Trump?  His approval rating is 39 percent – with 54 percent disapproving of his performance in office.

Do we trust this data?  For the most part, yes.  Obviously we’ve seen a lot of #FakePolling in the past, but these are huge margins … and we’re sure they aren’t lost on the current occupant of the Oval Office.

Our guess is the numbers also aren’t lost on Jon Lerner, Haley’s longtime strategist who was unceremoniously booted from a national security position with vice president Mike Pence earlier this month – at Trump’s insistence.

Whatever you think of Lerner (for the record, we’re not fans), the former #NeverTrump strategist/ zionist/ rabid neoconservative has clearly done a good job promoting Haley on the national stage.  And now that he’s not going to be spending time advising Pence on national security matters, he can remain singularly focused on advancing Haley’s ambitions.

Obviously this news site has, um, history with Haley.  Like … serious history.

But that’s not going to stop us from assessing her job performance in a manner consistent with our view of American foreign policy.  And it certainly isn’t going to prevent us from objectively assessing her political potential.

On the former front, we believe Haley’s neoconservatism is dangerous and deceptive … and we’ve said so repeatedly.  In fact we believe Trump recognized this early on during Haley’s tenure.

As for Haley’s political potential, though, it is clearly in the process of being realized to its fullest extent …

For those of you keeping score at home, Quinnipiac surveyed 1,193 voters nationwide between April 20-24 using a mix of landlines and cell phones.  The poll’s margin of error is plus or minus 3.4 percentage points.