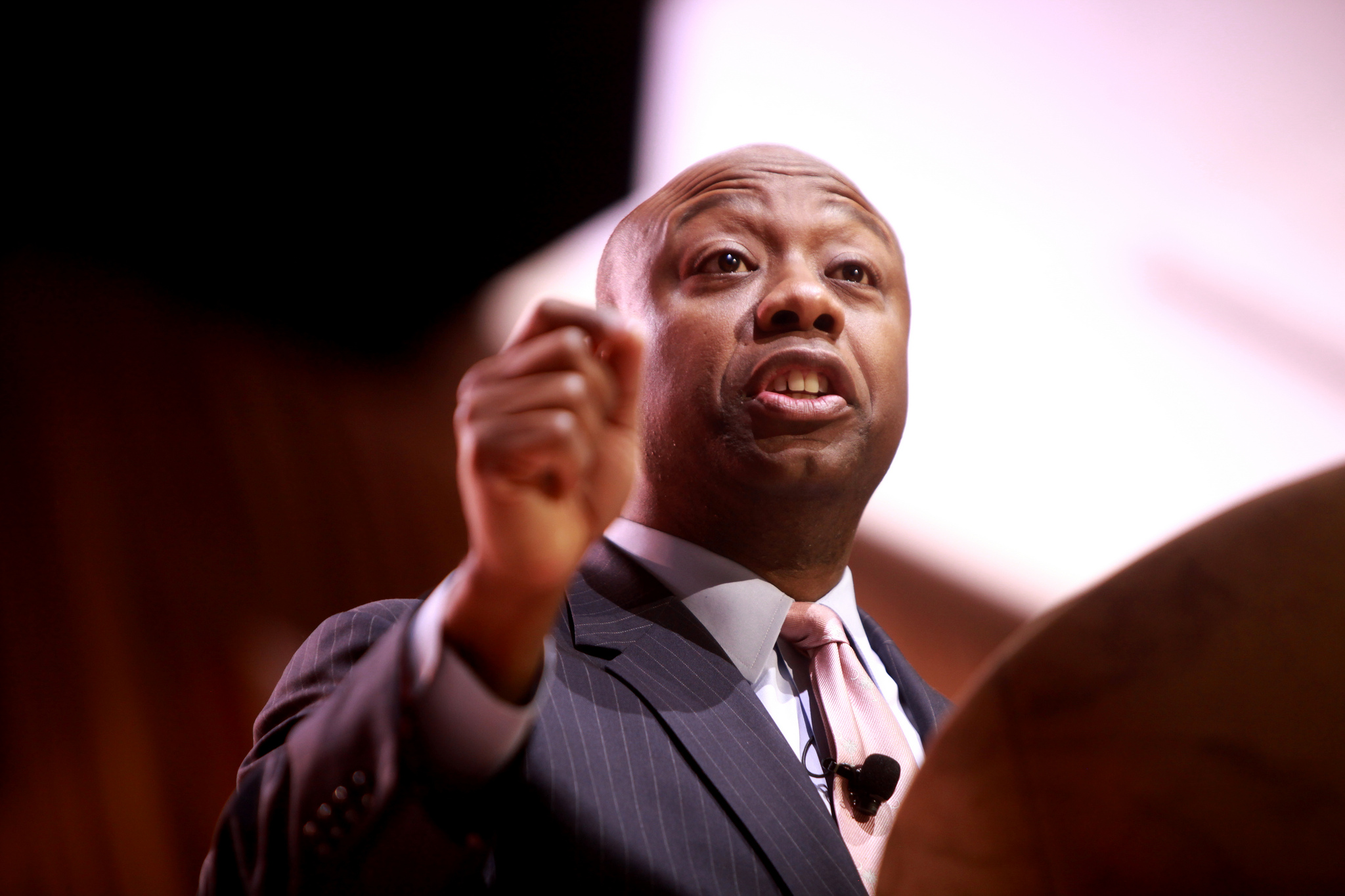 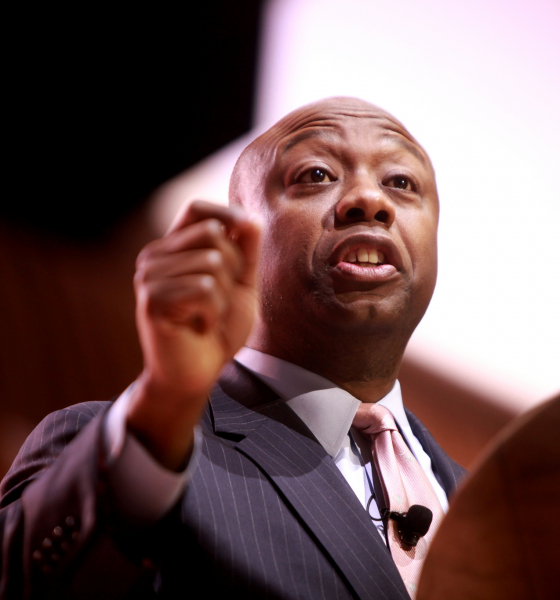 This news outlet has written several times on the criticism U.S. senator Tim Scott of South Carolina has been facing at home and in Washington, D.C. after scuttling two of U.S. president Donald Trump’s judicial nominees.

For those of you unfamiliar with this topic, last year Scott singlehandedly torpedoed two of Trump’s judicial picks – Ryan Bounds (who was headed to the über-liberal ninth circuit court of appeals) and Thomas Farr (who was nominated for a district court judgeship in North Carolina).

In both cases Scott – the only black Republican in the U.S. Senate – cited allegations of racism as his justification for casting the deciding votes against the nominees.  And in both cases Scott waited until the last minute to raise his objections (sinking the nominees after he voted to advance their nominations to the floor).

This news outlet criticized Scott for his vote against Bounds, arguing he made a “grievous error in judgment – not only in his vote against the nominee but in the way he handled himself throughout the process.”  In the case of Farr, we were originally more sympathetic to Scott – however, that was before we uncovered the real story behind the allegations that were used to bring down the 64-year-old attorney.

Farr was accused – falsely, it would appear – of participating in efforts to intimidate black voters during the 1990 U.S. Senate campaign of the late Jesse Helms.  In fact, a U.S. Department of Justice (DOJ) memo that was originally used to implicate him in the scandal appears to absolve him from any role in the voter suppression efforts undertaken by the Helms campaign.

Instead, the memo revealed that Farr advised against the voter suppression efforts repeatedly – on legal and practical grounds.

To read our most recent reports on this drama, click here and here. 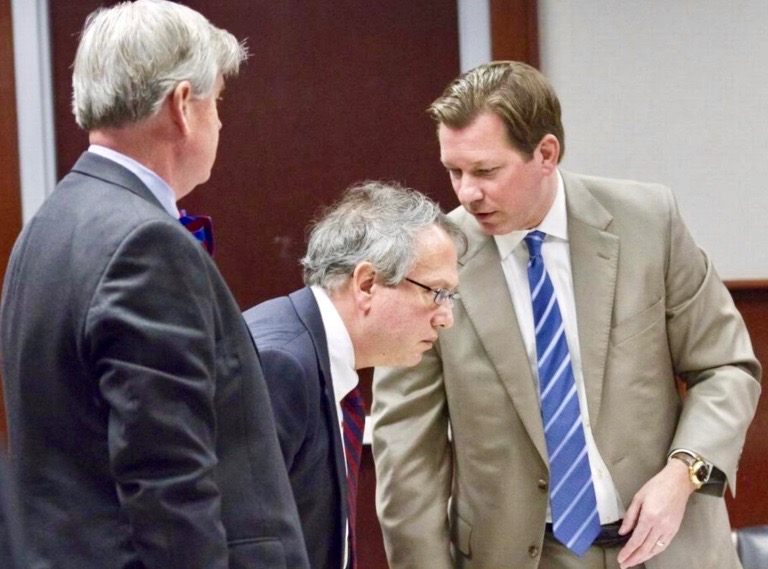 These signatories pointedly criticized Scott for voting against Farr, claiming he “damaged” and “tarnished” the nominee’s reputation with “veiled assertions of racism.”

“We were dismayed and deeply disappointed by your statements and actions regarding Tom’s nomination when it was set to be voted upon by the Senate last year, when you suddenly withdrew your previously announced support for Tom’s confirmation,” the letter to Scott stated. “It is extremely distressing that you chose to take this step with regard to someone who is wholly undeserving of your actions against him. Your decision is also puzzling because it is a complete departure from the long-standing courtesies of the Senate, in which Senators do not interfere with the recommendations of colleagues in their own caucus regarding district court judges.”

Meese, DeMint and their allies were just getting warmed up …

“We do not know what caused your about-face,” they continued.  “And we are distressed that you announced your change of position without giving Tom the courtesy of a personal meeting – or at least a phone call – to state your concerns and to give him an opportunity to respond before you decided to take this extraordinary step.  We believe it is the only fair and decent thing to have done, but you went public with vague references to race that have yet to be explained, particularly not to Tom.  It is certainly time that you explain to Tom exactly what your concerns are and where those concerns came from.”

The letter goes on to state that “any allegations against Tom on racial grounds are baseless and wrong and disregard Tom’s life history,” and that Scott relied on “baseless inferences” in scuttling his nomination amid race-related rumors.

“We cannot sit back and allow ourselves and those who share our beliefs to be unjustly and unfairly condemned as racists for believing that Republicans are entitled to be represented in litigation involving redistricting, election law and voter integrity,” they continued.

The letter closes by asking Scott to “reconsider whatever you have been told from those who will say anything to block Tom’s confirmation” and to “sit down with Tom and reconcile whatever differences you believe exist and announce your support for his renomination and confirmation.”

In fact, they concluded by arguing that Scott’s failure to reverse course on Farr’s nomination would “besmirch a very fine and talented man’s honor and his professional and personal reputation that has stood untarnished for more than thirty years.”

“We hope you will not continued to do that,” they wrote.

As noted in our prior coverage, we reached out to Scott’s press office in Washington, D.C. in the hopes of incorporating his perspective into our reporting, but so far we have not received any response on this subject.  In the event we do hear from Scott’s office, we will update our coverage accordingly.

Also, our microphone remains available to Scott whenever he wishes to substantively address this – or any other issue.

Once again, we respect Scott’s right to vote his conscience even when we disagree with him … and we would love to incorporate his perspectives into the marketplace of ideas on this particular issue.

UPDATE: Scott responds … telling reporter Emma Dumain of McClatchy “for some reason the authors of this letter choose to ignore … facts, and instead implicate that I have been co-opted by the left and am incapable of my own decision making.”

Got something you’d like to say in response to one of our stories? Please feel free to submit your own guest column or letter to the editor via-email HERE. Got a tip for us? CLICK HERE. Got a technical question or a glitch to report? CLICK HERE. Want to support what we’re doing? SUBSCRIBE HERE.
Banner: Flickr/ Gage Skidmore