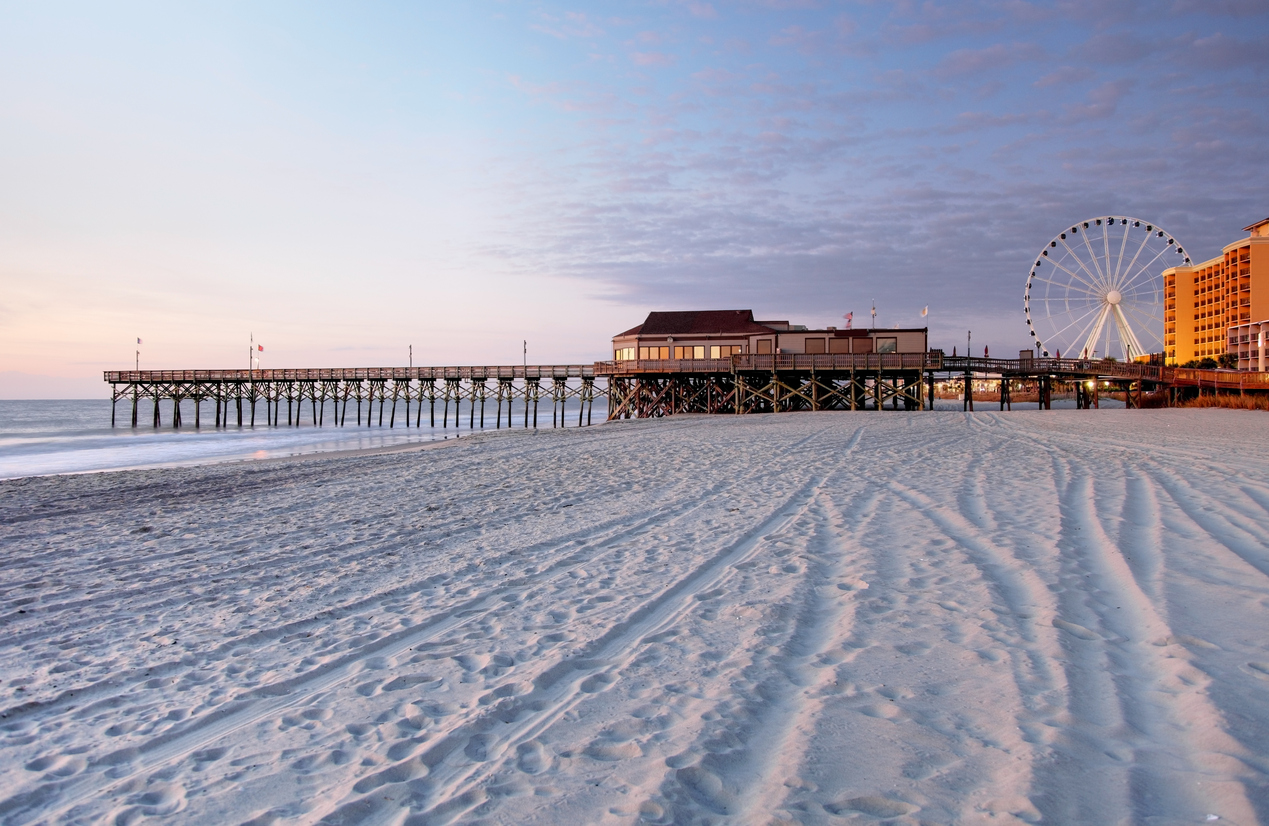 And isn’t this a severely regressive tax?

In 2017, South Carolina passed a massive tax increase on motor fuel that is being imposed gradually over a six-year period.  As of this writing, filling up your car in the Palmetto State will cost you 20.75 cents per gallon in taxes.  That number will eventually climb to 28.75 cents – an increase of 71.6 percent from where it was in 2017.  All told, the bill is draining $1.8 billion from taxpayers over its first six years and will deprive them of another $600 million annually thereafter.

Compounding the problem, this tax hike was not accompanied by real reform of the scandal-ravaged S.C. Department of Transportation (SCDOT).  This beleaguered bureaucracy continues to allow political considerations, not infrastructure priorities, to dominate its decision-making process. 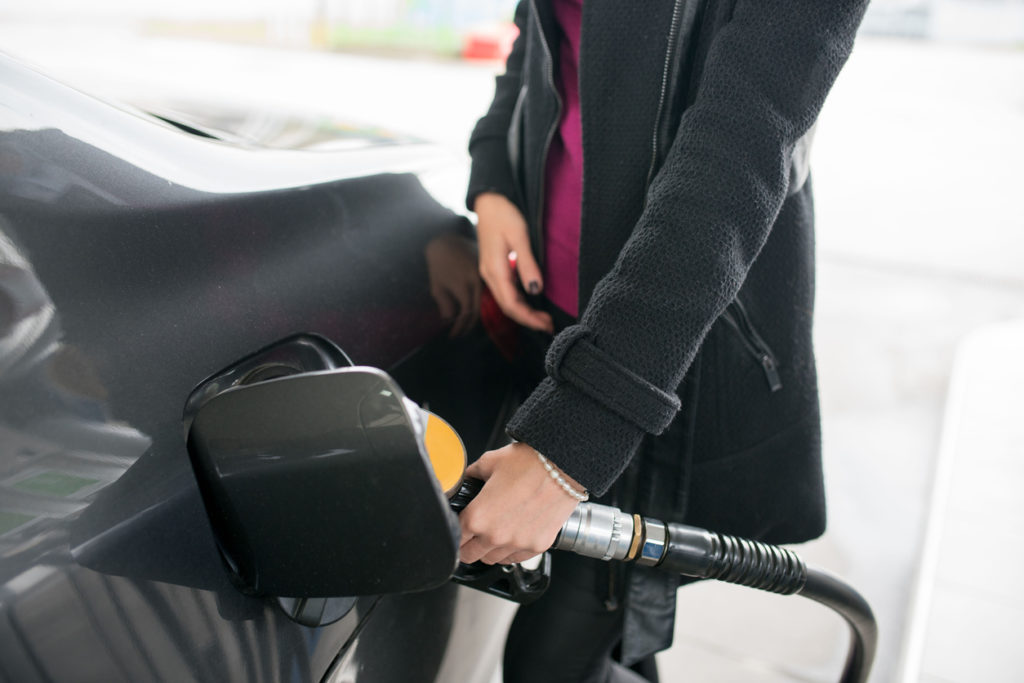 As a result, huge SCDOT funding increases over the last decade (both before and after the tax hike) have failed to improve the deplorable condition of Palmetto State roads and bridges.

Make no mistake: There is plenty of money available to state leaders to perform this core function of government with excellence, efficiency and transparency … all that is required is proper prioritization and accountability.

Instead, lawmakers have simply poured more money into a corrupt and inefficient system … which is a recipe for more expensive failure.

Not only did this news site steadfastly oppose the gas tax increase, our founding editor Will Folks filed a lawsuit in 2017 arguing it was unconstitutional.  You can read all about our legal beef here, but our ideological objection to this law is far more important: Dirt poor South Carolinians are already spending more of their income on fuel than residents of any other state save Mississippi or West Virginia.

Why make them pay more?

Especially after SCDOT blew all the money it was previously provided on roads to nowhere and other non-priority projects?

Nonetheless, Hembree has filed a bill – S. 172 – that could open the door to multiple local gas tax hikes over and above the recent increases in select counties.  Specifically, his proposed legislation would allow a one-cent local option gas tax hike to be collected and applied “for the sole purpose” of beach renourishment projects at the county level.

Earlier this month, Hembree told reporter Taggart Houck of WPDE TV 15 (ABC – Florence/ Myrtle Beach) that his proposed legislation was a “user fee” targeting tourists – who have been coming to the Grand Strand at a much less robust rate of late.

“This is just a way to get them to help pay for maintaining it so it’s actually a user fee, if you will, for the people that are coming to our area to help us maintain it,” Hembree told Houck.

We spoke to Hembree on Sunday afternoon and he told us the proposed levies – if approved by county governments – would be paid in large part by North Carolina motorists, many of whom already come to the Palmetto State to buy cheaper gas.

“A user fee to me is preferable to penalizing real property – or productivity,” he said.  “To me, that’s more conservative.  Also (the beach) is too valuable an asset to let go.”

We agree with Hembree that the proposed levies, if approved, would be paid in part on a seasonal basis by tourists.  But they would also be paid on a year-round basis by residents of these counties, including tens of thousands of citizens who reside inland in some of the most economically distressed regions of the Palmetto State.

And given that the primary beneficiaries of this particular “user fee” are wealthy oceanfront property owners (including hotel and resort owners), we believe strongly that they should pay a disproportionate share of the cost of any beach renourishment programs.

To his credit, Hembree – who actually voted against the 2017 gas tax – isn’t proposing another questionable cash grab by local leaders.  Unlike so-called “tourism taxes” approved under dubious circumstances, his bill would require counties to approve any local gas tax increases via referendums (i.e. county-wide public votes).  That is a significant development, as this news outlet has long argued that any tax increase – at any level of government – ought to be approved by a majority of the people it intends to impact. 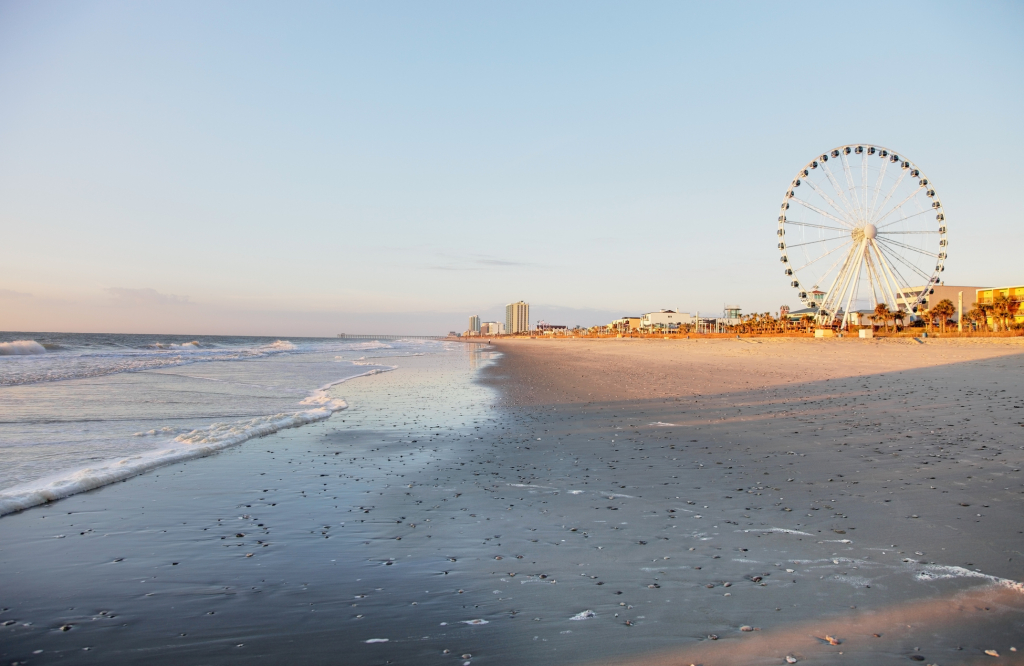 What kind of money are we talking about here?

For those of you keeping score at home, reporter Samantha Kummerer of WMBF TV (NBC – Myrtle Beach) did a magnificent job detailing the costs associated with beach renourishment in South Carolina in this article – which was published last October.  According to Kummerer, between 1954 and 2015 more than $433 million was spent on renourishment projects in the Palmetto State – which obviously does not include a recent $34 million project undertaken in and around Myrtle Beach, S.C. in the aftermath of Hurricane Florence.

Renourishment projects are typically funded through a mix of federal, state and local sources … with the feds generally picking up close to two-thirds of the cost.

This news outlet has never viewed renourishment as a core function of government – let alone a viable long-term solution to longshore drift, the geological process by which various sediments along the coast are transported hither and yon.  In fact, much of the sand deposited via renourishment gets washed away within a few months.

Given its questionable effectiveness, we believe beach renourishment efforts should be subsidized disproportionately by coastal property owners who claim to derive a direct benefit from these projects.

Who should not be forced to pay for them?  Inland residents in impoverished areas who derive little to no direct benefit …

Hembree’s bill was filed on December 12.  On January 8 it was read across the desk of the Senate and referred to that chamber’s finance committee.  No word yet on when – or if – it will receive a subcommittee hearing.