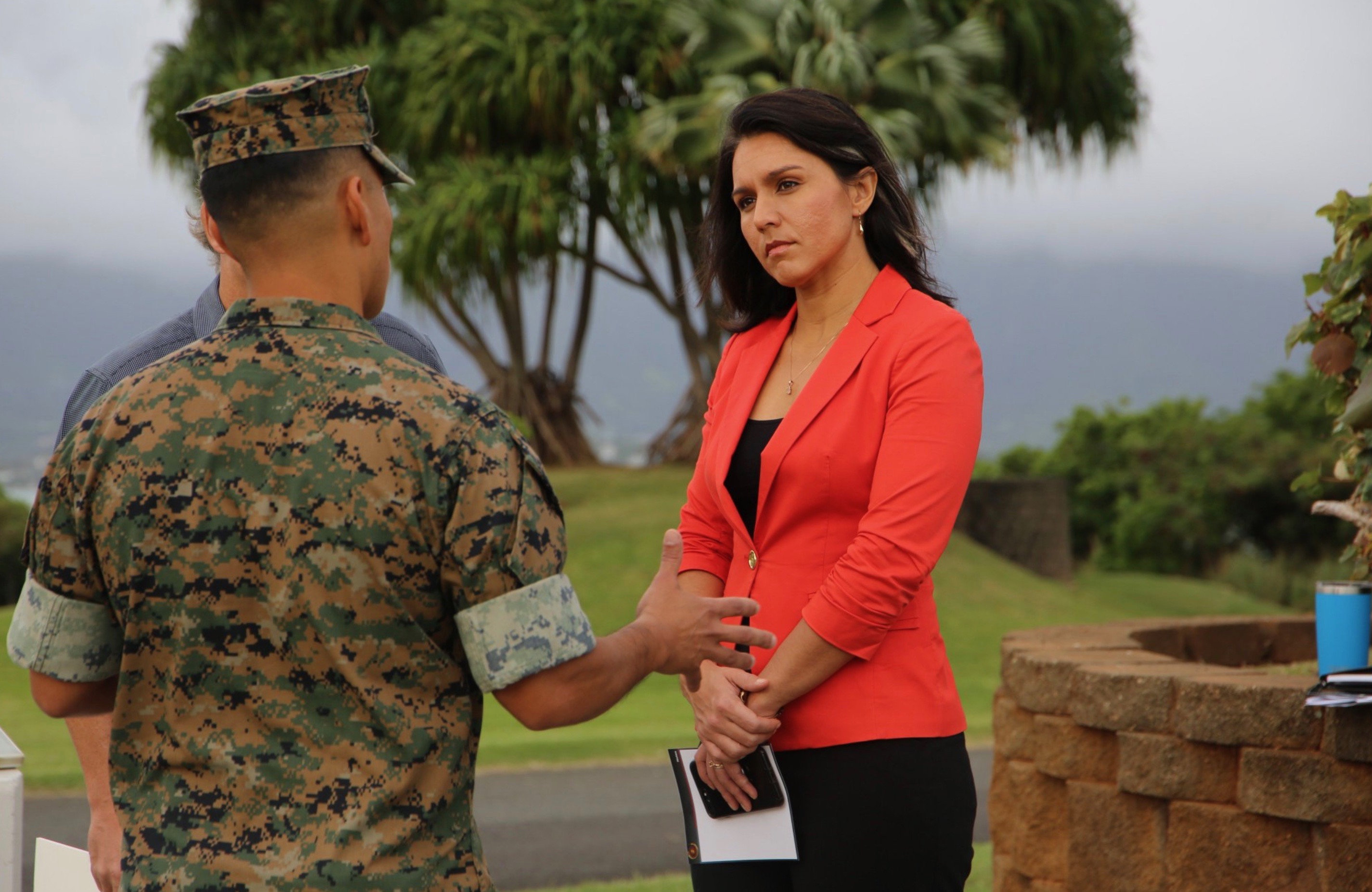 The 37-year-old Samoan American – who was just elected to her fourth term representing Hawai’i’s second congressional district – made the news official on Friday.

“When we stand united, motivated by our love for each other and for our country, there is no challenge we cannot overcome,” Gabbard said in making her White House announcement.

A staunch progressive who has frequently challenged the status quo within her own party, Gabbard is obviously a long shot as she begins her campaign against a developing field that is likely to include multiple U.S. senators and other national Democratic luminaries (in fact, we wrote earlier today on one likely frontrunner).

The battle for money – and media – will be intense as the field coalesces.

Having said that, we would caution anyone – including “First in the South” Democratic voters – to underestimate Gabbard.

A surfer girl from the Honolulu area, she was elected in 2002 to Hawai’i’s House of Representatives at the age of 21 – the youngest women ever elected to a state legislature anywhere in America.  Two years later, she gave up her seat to serve in Iraq as part of field medical unit.  She served in a combat zone for one-year deployment and has remained in the Hawai’i Army National Guard ever since – attaining the rank of major in 2015.

A cool first?  Gabbard was the first woman ever to finish as the distinguished honor graduate in the guard’s accelerated officer candidate school in Alabama.  Oh, and she is also the first practicing Hindu to serve in the U.S. congress.

The first impresses us more than the second, but whatever floats your boat …

Like all of the aspiring Democratic presidential contenders, Gabbard is a rabid liberal.  She endorsed avowed socialist Bernie Sanders in the 2016 presidential election – and wound up being one of his most-coveted surrogates on the campaign trail.  But she has also shown a mile-wide independent streak – one that has often pitted her against her own party’s leaders.

For example, Gabbard blasted the administration of former president Barack Obama for its “lack of a coherent strategy” in dealing with Iran – and voted against Obama’s efforts to bring more Syrian refugees to America.  She was also vilified by many on the left for making multiple appearances on Fox News and for meeting with then-U.S. president-elect Donald Trump during his transition.

Gabbard never supported Trump – and has frequently referred to his populism as a “fraud” – however the fact she sat down with him angered many on the left.

On foreign policy, Gabbard is a non-interventionist – like us.  She has also called out America’s support for terrorist groups and state sponsors of terrorism – pushing legislation to cut off taxpayer appropriations to both.

“If you or I gave money, weapons or support to al-Qaeda or ISIS, we would be thrown in jail,” she said two years ago in filing her bill.  “Yet the U.S. government has been violating this law for years, quietly supporting allies and partners of al-Qaeda, ISIL … and other terrorist groups with money, weapons and intelligence support.”

Gabbard is also a hard-core environmentalist and a social liberal, although she did flip-flop from opposing same sex marriages earlier in her political career to supporting them today.

Our view?  It will take a lot of work (and a lot of luck), but Gabbard has the potential to be a surprise top tier candidate for the Democratic presidential nomination.  In addition to her compelling personal narrative she is not easily pigeonholed, and her experience on the stump for Sanders will no doubt help her as she navigates the news crush of her own race.

Also, we suspect her ongoing advocacy against the corrupt Democratic superdelegate process will help burnish her populist credentials on the left.

We look forward to Gabbard coming to South Carolina (and perhaps catching a wave or two on Folly Beach).   And as we have noted in previous pieces on the 2020 race, our microphone remains open to Gabbard and presidential contenders of all parties and persuasions as they look to share their views with voters in “First in the South” South Carolina.

Got something you’d like to say in response to one of our stories? Please feel free to submit your own guest column or letter to the editor via-email HERE. Got a tip for us? CLICK HERE. Got a technical question or a glitch to report? CLICK HERE. Want to support what we’re doing? SUBSCRIBE HERE.
Banner: @TulsiGabbard