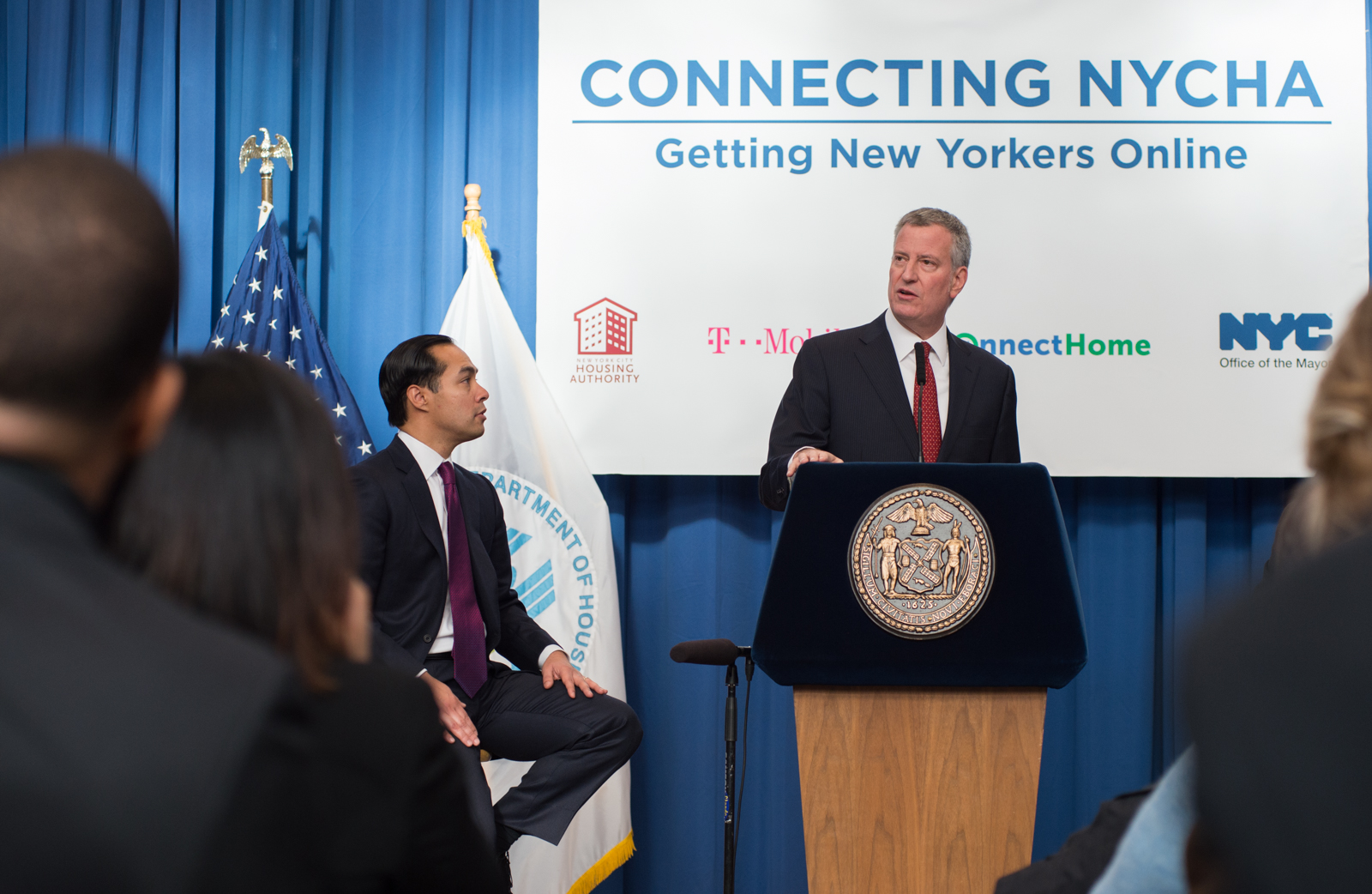 It used to be the far left would disguise its true intentions.  And no, we are not talking about the infamous pledge from former U.S. president Barack Obama about his socialized medicine monstrosity.

That wasn’t misdirection.  That was just a lie.  Not only did people lose their coverage (and their doctors), health insurance costs skyrocketed.

What we’re talking about is the way the far left concealed what it was really up to via the use of clever phraseology – you know, calling a tax hike on energy “cap and trade.”

Anyway, mayor Bill de Blasio of New York City is having none of that.  There is no misdirection in his language.   No disguised intentions.  No attempt to conceal what he is really up to.

In a mostly self-congratulatory interview with New York Magazine, de Blasio was asked about income inequality in his city.  In response, he launched into a dangerous diatribe against private property rights and market principles.

Want to know what the left is really up to?  Wonder no longer …

“What’s been hardest is the way our legal system is structured to favor private property,” de Blasio said.  “I think people all over this city, of every background, would like to have the city government be able to determine which building goes where, how high it will be, who gets to live in it, what the rent will be.”

The mayor went on to say that “what stands in the way of that is hundreds of years of history that have elevated property rights and wealth to the point that that’s the reality that calls the tune on a lot of development.”

“Look, if I had my druthers, the city government would determine every single plot of land, how development would proceed,” de Blasio said.  “And there would be very stringent requirements around income levels and rents. That’s a world I’d love to see.”

Implementing this Orwellian nightmare?  According to de Blasio, it would be “a very, very powerful government, including a federal government, involved in directly addressing (citizens) day-to-day reality,” something he contends the people of New York would “love.”

That is truly frightening talk, people …

Don’t get us wrong, income inequality is a significant problem in this country – one compounded by crony capitalism at all levels of government and perpetuated by inherently unfair “economic development” incentives (oh, and tax policies that soak the middle class)

But is the solution really to be found in attacking private property rights?  And granting a “very, very powerful” government control over all development?  Because if you ask us, that is socialist madness …

Far from achieving its objective of “spreading the wealth around,” the era of obscenely big government in the United States has only exacerbated income inequality.  Now liberals want to “fix” the problem by implementing full-blown socialism?

Got something you’d like to say in response to one of our stories? Please feel free to submit your own guest column or letter to the editor via-email HERE. Got a tip for us? CLICK HERE. Got a technical question or a glitch to report? CLICK HERE. Want to support what we’re doing? SUBSCRIBE HERE.
Banner: U.S. Department of Housing and Urban Development