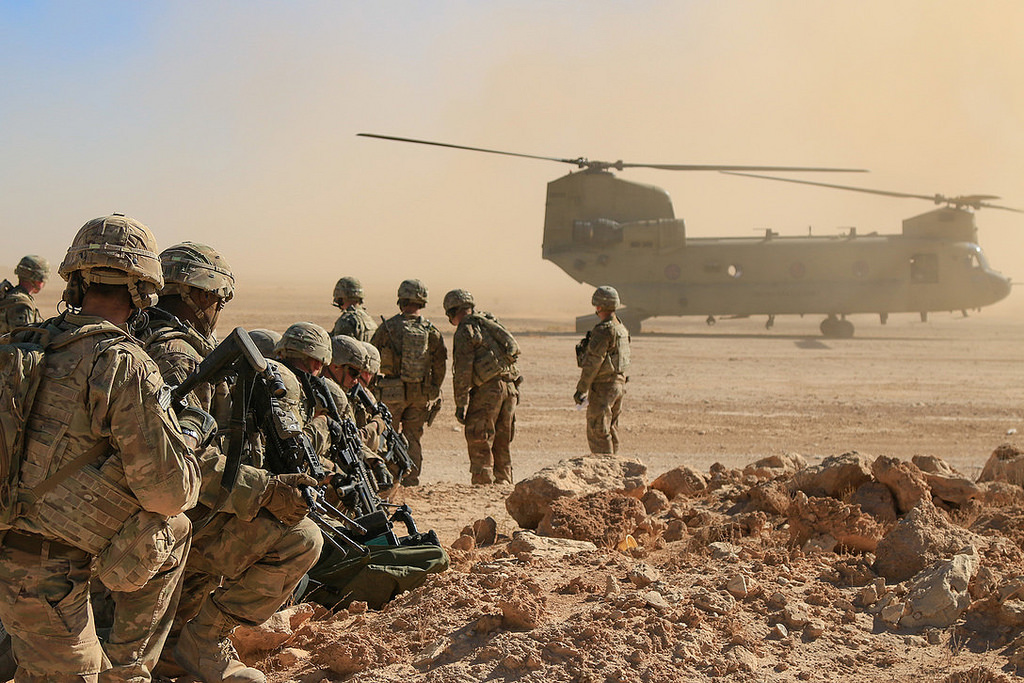 Declaring the Islamic State in Iraq and Syria (ISIS) defeated, U.S. president Donald Trump announced the immediate, complete withdrawal of American military forces from Syria on Wednesday – a surprising about-face from the position adopted by his administration just a few days ago.

“We have defeated ISIS in Syria, my only reason for being there during the Trump presidency,” Trump tweeted.

Actually, the last time we checked it was Russia that defeated ISIS in Syria.  America?  Eh …

Trump has authorized multiple military actions in Syria since becoming president – including a high-profile April airstrike following an alleged chemical weapons attack carried out by the regime of Syrian president Bashar al-Assad.  This news outlet opposed that intervention.  Aside from the proven inefficacy of such assaults, prior chemical weapons attacks allegedly perpetrated by al-Assad had been exposed as false flags.

Trump’s announcement marked a complete reversal of the “indefinite occupation” policy articulated by his administration just days ago.  As a result, an estimated 2,000 American military personnel will be leaving the war-ravaged nation.

Do we support Trump’s decision?  Absolutely …

Syria is a cauldron of competing regional powers … the focal point of multiple proxy wars.  America has no business being involved there, nor frankly does it have any business subsidizing military campaigns waged there by other nations (ahem).

“Syria is simply not within our nation’s sphere of interest, nor is there anything to be gained by continued U.S. military involvement in any of the proxy wars currently being waged on its soil,” we noted earlier this year.  “American assets need to be extricated immediately from this power keg, and the spigot of aid to any nation engaged there must be immediately turned off.”

Assuming there were something resembling a compelling national security argument for continuing America’s troop presence in Syria (and there isn’t), our nation simply cannot afford to continue such international misadventures.

Trump’s announcement of America’s immediate and complete troop withdrawal from Syria is the second victory for non-interventionists in as many weeks.  Last Thursday, the U.S. Senate voted to stop subsidizing Saudi Arabia’s war against neighboring Yemen – a response to the Saudis’ alleged role in the October murder of dissident journalist Jamal Khashoggi.

Well, actually it is the third victory …

For those of you interested in this publication’s history, here is an excellent review of its costly, failed advocacy over the years written by Scott McConnell for The American Conservative.

Got something you’d like to say in response to one of our stories? Please feel free to submit your own guest column or letter to the editor via-email HERE. Got a tip for us? CLICK HERE. Got a technical question or a glitch to report? CLICK HERE. Want to support what we’re doing? SUBSCRIBE HERE.
Banner: U.S. Army