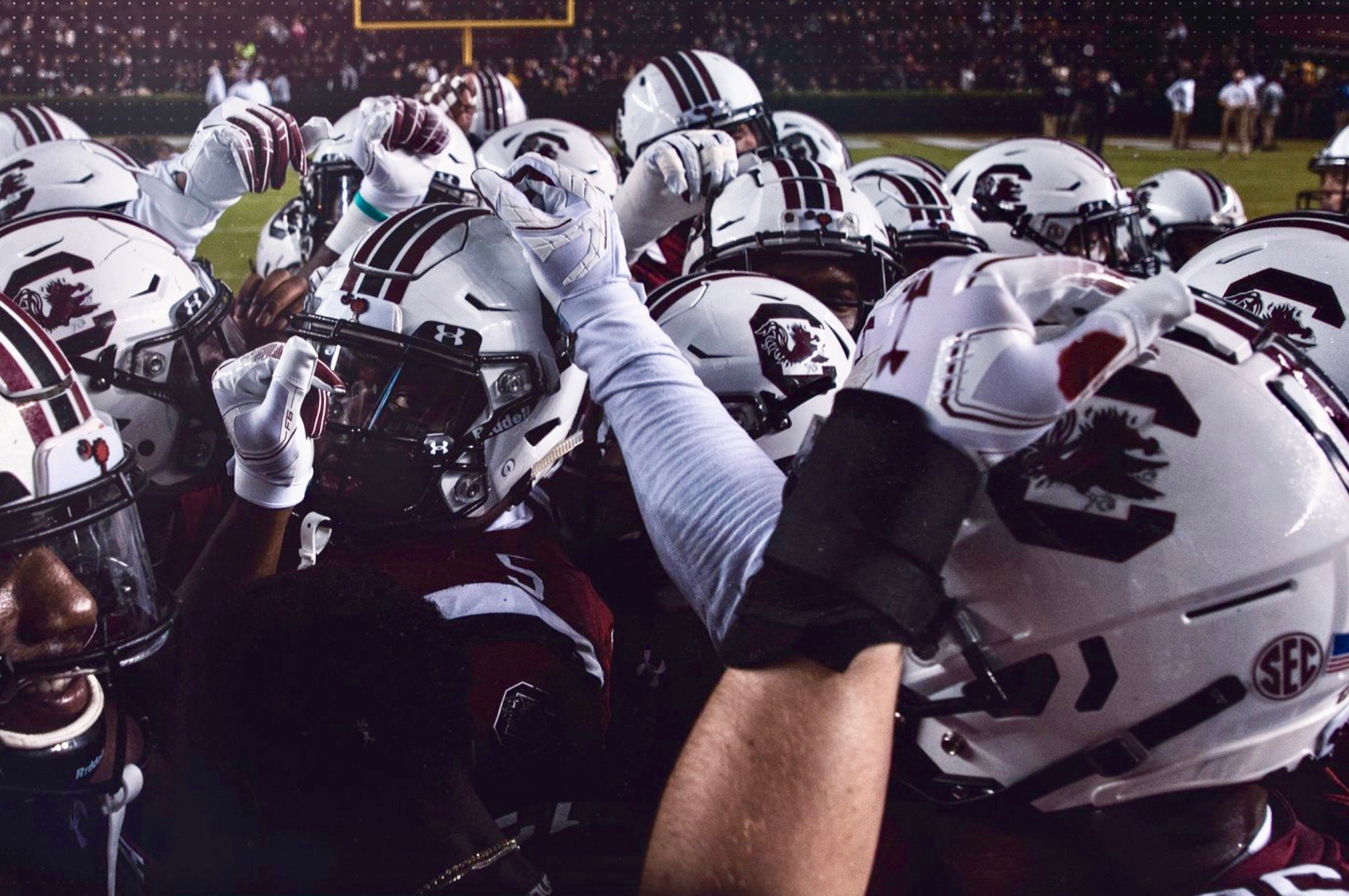 Be honest: If you’re a University of South Carolina football fan, that’s not a headline you would have ever imagined heading into the 2018 season.

This was supposed to be the year the Gamecocks took another step forward under third-year head coach Will Mushcamp, a year in which every game on the schedule was potentially winnable (and Georgia and Clemson were supposed to be competitive matchups).

Instead, the program has slid backward … with last week’s fourth quarter collapse against Florida taking most of the remaining air out of the season.

Georgia?   That game was not competitive.

Oh, and in addition to that looming debacle did we mention South Carolina has now been “five-bombed” by Kentucky?

Not in basketball, either …

Will it be a good bowl?  No.  But it will be something.  Perhaps with the words “Poulan Weedeater” in the title?  Who knows … we will have to wait and see where

The good news?  South Carolina got a glimpse of its future against the Mocs (6-5) in the form of true freshman running back Deshaun Fenwick – who made his Gamecock debut and rushed for 112 yards on 17 carries (including his first career collegiate touchdown).

All of Fenwick’s touches came in the second half. 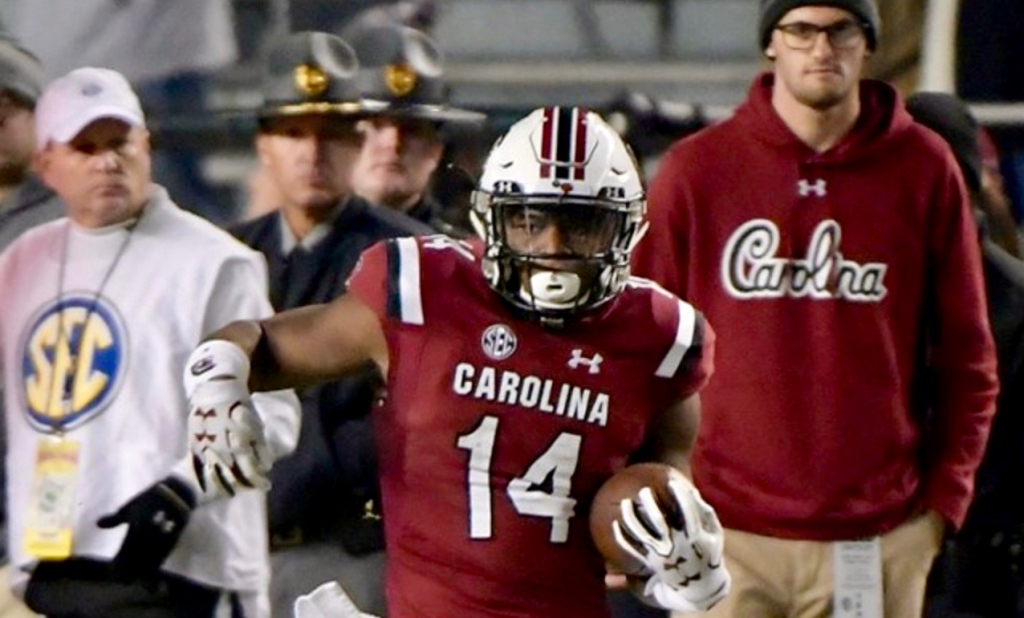 A 6-foot-1, 220-pound native of Bradenton, Florida, Fenwick (above) can play in the Gamecocks remaining three games of the season and retain four years of eligibility.  The same goes for quarterback Dakereon Joyner, a heralded dual-threat signal caller who saw his first action of the season against the Mocs – rushing for 24 yards on three carries.

Joyner probably won’t see much action with junior Jake Bentley locked into the starting job for the foreseeable future, though.

Bentley – who has struggled this season – looked sharp against the undermanned Mocs.  The 6-foot-4, 224-pound junior from Opelika, Alabama completed 25 of 29 passes for 339 yards and four touchdowns.  He set a new career high by connecting on 86.2 percent of his throws and tied a career high with the four scoring strikes.

Junior A.J. Turner – relegated to a bench role prior to injuries riddling the Gamecock backfield – carried most of the load in the first half, rushing for 65 yards on eight carries with a score.  The 5-foot-10, 195-pound Clifton, Virginia native also caught a pair of touchdown passes from Bentley.

Playing in his next-to-last game at Williams Brice Stadium, wide receiver Deebo Samuel hauled in five passes for 112 yards – including a highlight reel 61-yard touchdown early in the fourth quarter.

“I told him in winning this game, we’d have a little bit more time together,” Bentley said after the game. “We’ve been through adversity this year.  It’s great to know we’ve got some postseason ball ahead of us.”

Muschamp did not share his quarterback’s sanguine outlook on going bowling.

UP NEXT: South Carolina heads to Death Valley for its annual rivalry matchup against No. 2 Clemson – a.k.a. the “Palmetto Bowl.”  The Tigers (11-0, 8-0) are firing on all cylinders and poised for a fourth consecutive trip to the College Football Playoff (CFP).  Kickoff is scheduled for 7:00 p.m. EST on Saturday with ESPN providing nationwide coverage. Clemson has won four in a row in this series after dropping five straight to the Gamecocks from 2009-2013.

Got something you’d like to say in response to one of our stories? Please feel free to submit your own guest column or letter to the editor via-email HERE. Got a tip for us? CLICK HERE. Got a technical question or a glitch to report? CLICK HERE. Want to support what we’re doing? SUBSCRIBE HERE.
Banner: @GamecockFB