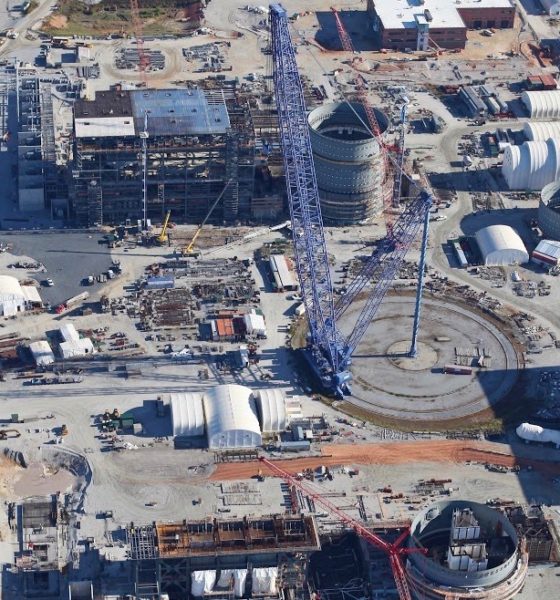 Joint federal-state investigation not a picture of cooperation …

The ongoing criminal investigation into the collapse of South Carolina’s V.C. Summer nuclear generating station expansion project – a.k.a. #NukeGate – has turned into an acrimonious turf war, multiple sources familiar with the situation tell this news outlet.

Jurisdictional intrigue is said to be running rampant as state and federal law enforcement officials and prosecutors battle over the parameters of their sprawling investigatory mandate – which spans multiple states and reportedly involves dozens of potential defendants, according to our sources.

Allegations of incompetence and bureaucratic delays are rampant, while sources tell us the probe has been marred by poor information sharing.

Is this a unique situation?  Not necessarily, but it is causing some concern as this inquiry reportedly approaches a critical crescendo.

“Part of the problem is the expansive nature of the investigation,” an insider following the probe told us over the weekend.  “The resources involved, the number of people, the number of agencies … there are always issues like this when you are conducting investigations of this size.”

We are told federal and state investigators will attempt to get on the same page prior to the Thanksgiving holiday – knowing the public is demanding accountability when it comes to this botched project, which blew through $10 billion of public and ratepayer money on a pair of half-finished nuclear reactors in Fairfield County, S.C. over the past decade.

How did we get here?  State government decided to go into the nuclear power business, that’s how.

And like almost everything state government touches, it turned into a disaster.

With South Carolina lawmakers and regulators enabling them, crony capitalist SCANA and government-run utility Santee Cooper announced in 2007 their intention to build a pair of next generation nuclear reactors near Jenkinsville, S.C.  These reactors were supposed to have been operational in 2016 and 2017, respectively, at a cost of $9.8 billion.

The money was spent, the reactors simply weren’t completed … and the utilities couldn’t afford the $10-16 billion price tag necessary to finish them.  Last July, Santee Cooper pulled the plug on the project – killing an estimated 5,600 jobs and throwing the state’s energy future into turmoil.

The collapse of the project – and the revelation that executives at both utilities knew the projects were doomed but raised rates on consumers anyway – spawned both federal and state law enforcement investigations.

These criminal inquiries were launched within weeks after the abandonment of the project was announced, and showed significant early progress.  The federal investigation into Santee Cooper, in particular, has reportedly yielded a treasure trove of information.

The investigations have been high-profile, too, including a visit by agents of the Federal Bureau of Investigation (FBI) and prosecutors with the U.S. Department of Justice (DOJ) to the V.C. Summer project site in May.  Also, federal investigators and prosecutors have been fixtures at recent public hearings held by the scandal-scarred S.C. Public Service Commission (SCPSC), which is debating the approval of a $15 billion deal(s) for SCANA submitted by Virginia-based Dominion Energy.

Most of the discussion in the Palmetto State of late has revolved around the status of the Dominion deal.

But what is the current status of the #NukeGate criminal probe?  Good question …

Indictments have been rumored from the day the investigation was launched with multiple potential “targets” – including utility executives, state officials and yes, even a few state lawmakers – at the center of speculation.

Aside from the myriad of issues at Santee Cooper – which include a U.S. Securities and Exchange Commission (SEC) inquiry into its various bond offerings – this news outlet has no specific intelligence as to the direction of the inquiry (or its targets).

Rumors are all over the map … but according to our sources, so is this investigation.

With the SEC, FBI, DOJ, S.C. State Law Enforcement Division (SLED) and S.C. attorney general’s office all intimately involved in the probe – along with other agencies, potentially – it is easy to see how wires might get crossed and the free flow of information might be impeded.

It is also easy to see how turf wars might develop …

This is a huge case.  In fact, we could easily see #NukeGate becoming the largest public corruption investigation/ prosecution in the history of the Palmetto State (in terms of resources, targets, dollar amounts, significance … you name the metric).

Our hope?  That all of the investigators and prosecutors pursuing this case recognize its size, scope and significance … and act accordingly.

There is no room for egos or score-settling in pursuit of justice related to this case – or for that matter any case brought against any defendant.  Law enforcement agencies and prosecutorial entities must work together to establish facts, determine which laws have been broken and relentlessly and impartially pursue accountability and restitution related to the lawlessness they uncover.

It is that simple … no matter how vast the inquiry.