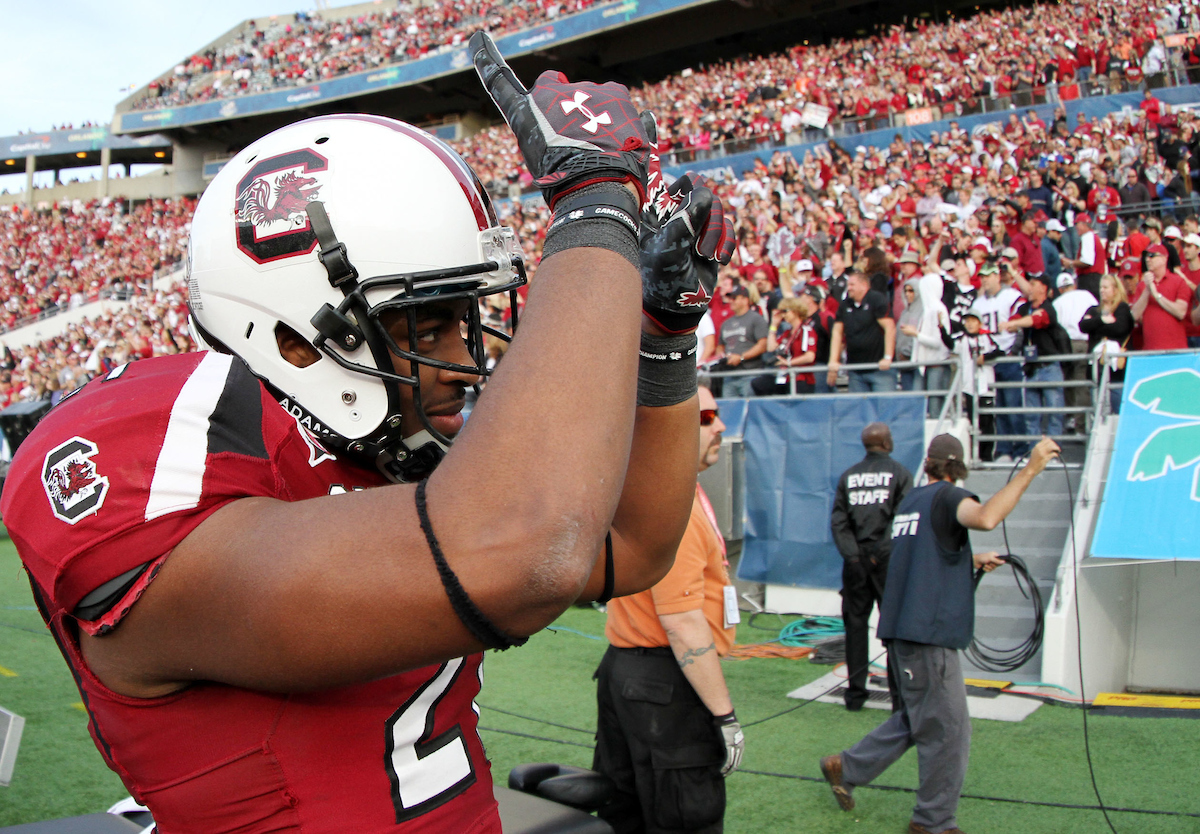 It’s been a little over three years since former University of South Carolina football star DeVonte Holloman was forced to end his professional career due to a neck injury sustained during a preseason game with the Dallas Cowboys.

Holloman was a mainstay on the great Gamecock defenses of 2011-2013, playing alongside the likes of future NFL draft picks Jadeveon Clowney, D.J. Swearinger, Devin Taylor, Melvin Ingram and Stephon Gilmore.

With the Cowboys he showed flashes of brilliance, including an 11 tackle, two sack performance against the Philadelphia Eagles in the 2013 season finale.

For the past three years, the 27-year-old Charlotte, North Carolina native has been working as a defensive coach at Beaufort High School in the Palmetto Lowcountry.  This week, the school promoted Holloman to the position of head coach.

“Coach Holloman is a natural leader, and he’s already familiar with our school, our football program and
our student athletes.” Beaufort High principal Bonnie Almond said in announcing Holloman’s selection. “It’s very obvious that the kids respect him.”

According to Almond, Holloman’s promotion was supported by the school’s coaching staff.

“My goal is to build not just solid football players but also successful young people,” Holloman said.  “I want to prepare them for the next level, whether that’s college, the workplace or the military.”

We were sad to hear of his injury three years ago, but we are exceedingly pleased to hear he has been given this opportunity.  We’re also pleased to hear him speak of preparing student-athletes for the life that awaits them outside of football.

South Carolina needs role models for its youth now more than ever … our hope is Holloman will continue to serve as such a role model in his new position.