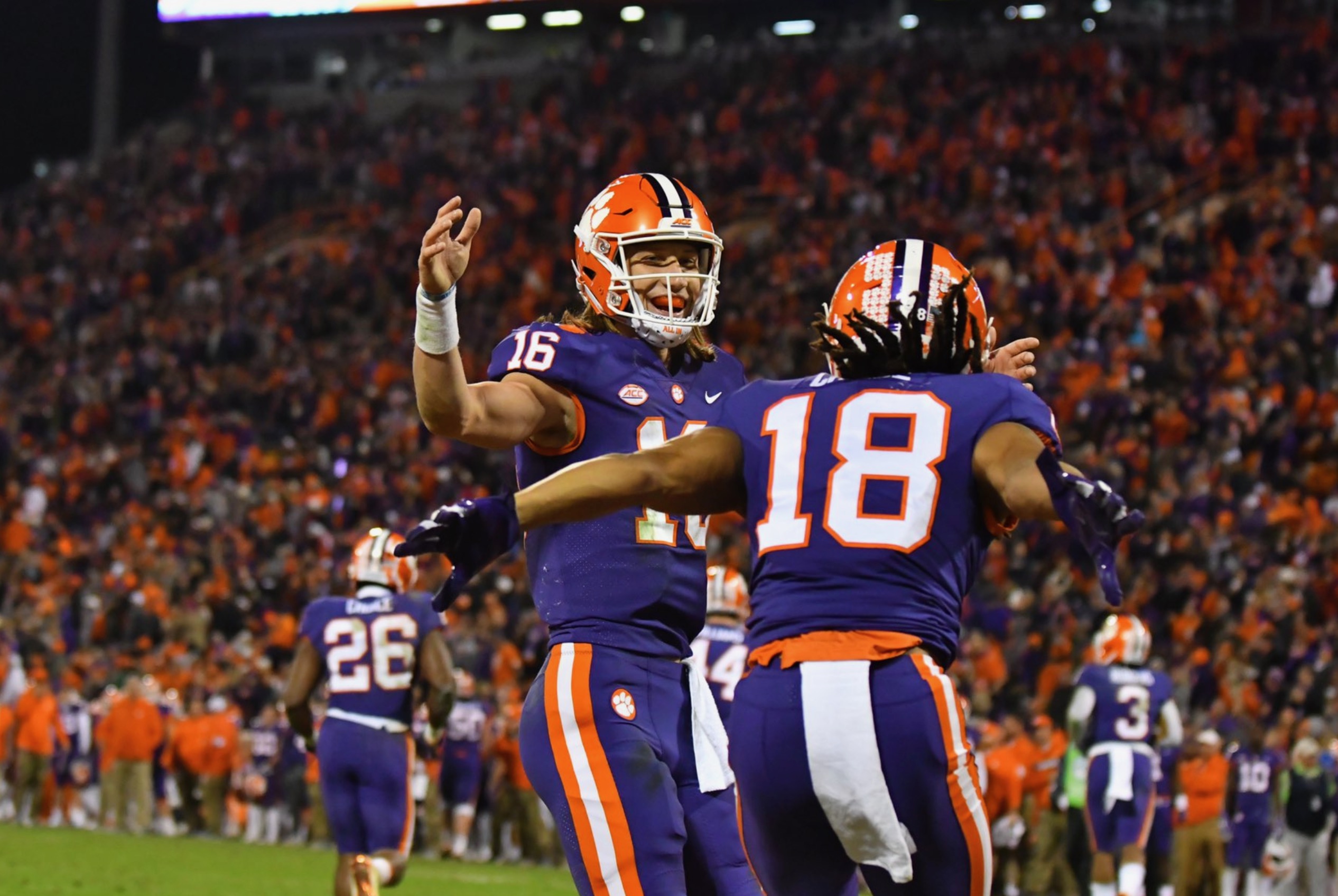 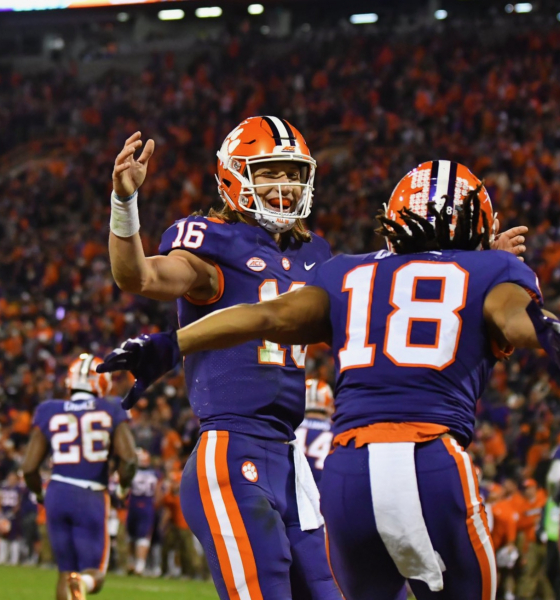 Head coach Dabo Swinney’s squad moved to 11-0 on the season and 8-0 against conference opponents – the second time in the last four years his team has run the table against the Atlantic Coast Conference (ACC).  Clemson has now won 12 in a row against conference foes – including last year’s ACC championship win over Miami.  The Tigers will look to keep that streak going on December 1 when they face Pittsburgh in this year’s conference title game.

Of course the Pitt game (and next weekend’s rivalry game against unranked South Carolina) are preludes to Clemson’s ultimate objective – a second national championship in three years.

That means beating No. 1 Alabama and another elite program in the CFP.

Can Clemson do it?  We aren’t about to doubt them …

With true freshman quarterback Trevor Lawrence in a groove running the office, sophomore Travis Etienne leading a stable of talented tailbacks and coordinator Brent Venables’ All-America-laden defensive unit lowering the boom on opposing offenses – Clemson is as complete a football team as there is in the country. 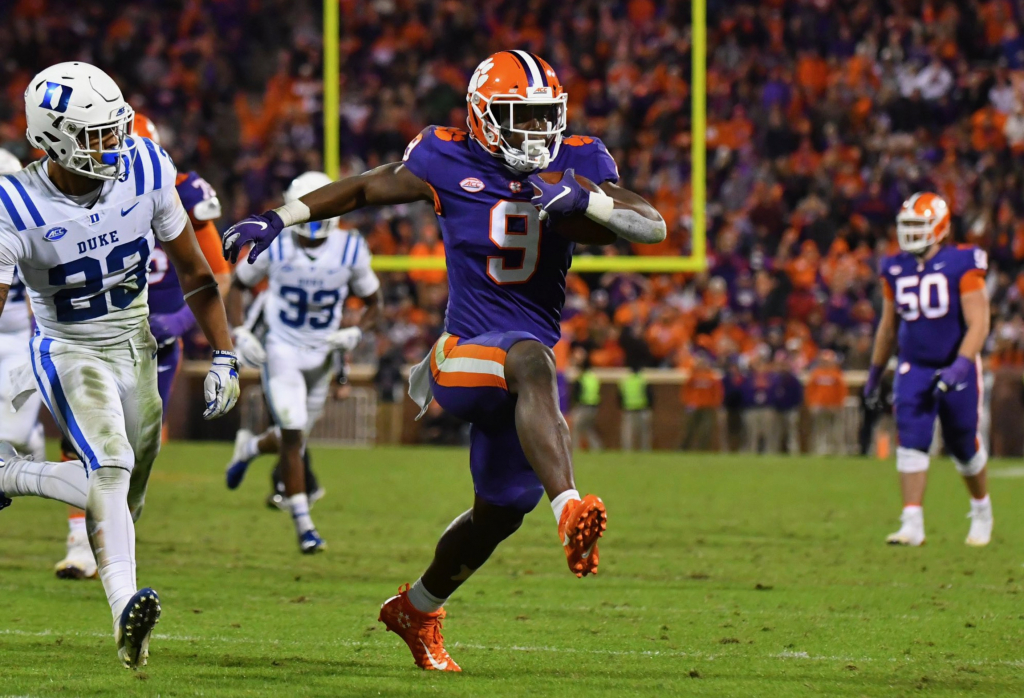 Despite a lethargic start against the Blue Devils (7-4, 3-4 ACC), Clemson cruised down the stretch – with Etienne ripping off long touchdown runs of 27 and 29 yards in the third quarter to put the game away.  Meanwhile, Lawrence connected on 21 of 38 passes for 251 yards and a pair of touchdowns in his seventh start.

“I’m really proud of our team for how they responded in the second half,” Swinney said after the game.  “Obviously, we did not get off to a great start.  We missed a couple third-and-twos and dropped more balls in the game tonight than we have all year.  I was really disappointed in how we started, but it’s a four-quarter game. I challenged them at halftime to see how they could respond. To win 35-6 against a good football team … I’m really proud of our guys and how they responded.”

On the season, Lawrence now has 21 touchdown passes against only four interceptions – and has thrown for nearly 2,100 yards.  Not bad for a guy who split time with since-departed senior Kelly Bryant for the first four games of the season – and who usually sits out the fourth quarter in favor of backup Chase Brice.

Defensively, Clemson registered four sacks for the fourth straight game – including two by All-American defensive end Clelin Ferrell.  The 6-foot-4, 265-pound junior now has a career high 10.5 sacks on the season with at least four games left to play.

UP NEXT: Clemson welcomes South Carolina to Death Valley on Saturday night.  With a win, the Tigers will have taken five straight in this series and paid the Gamecocks back for the five-bomb they put up against them from 2009-2013.  Kickoff is scheduled for 7:00 p.m. EST with ESPN providing national coverage.

Gamecocks Bowl-Eligible With Win Over Chattanooga