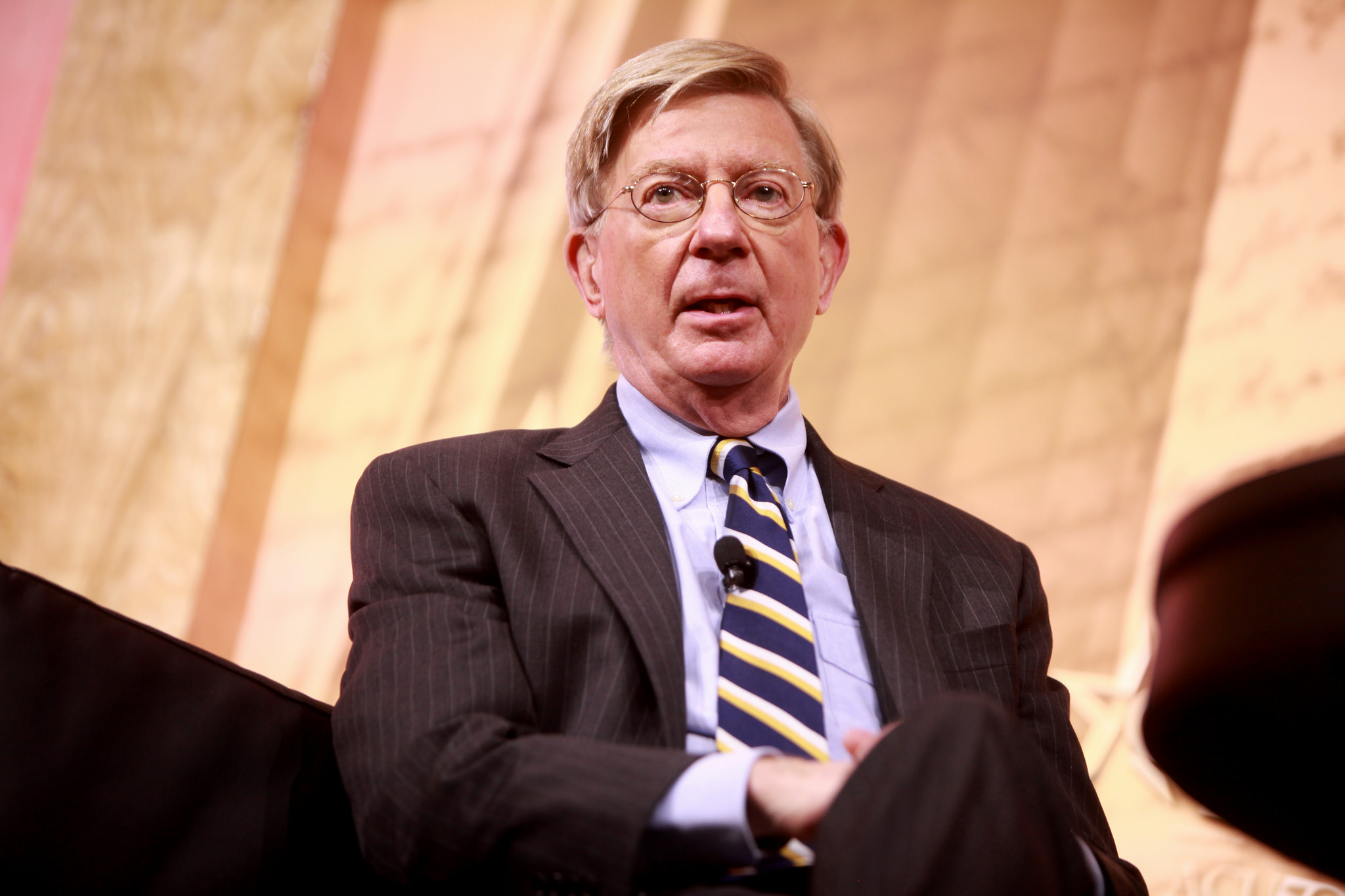 “Conservative” commentator George Will has occasionally drawn praise from this news site … but not today.

Today, we’re disappointed in him … and honestly a little bit surprised he managed to cross our radar for the first time in years.

During the 1980s, Will was proclaimed as “the most powerful journalist in America” by none other than The Wall Street Journal.  But again … that was then.

Today, the 77-year-old pundit is a has-been.  A fuddy-duddy.  A curmudgeon.  And increasingly … irrelevant.

Sure, Will is brilliant.  And has a Pulitzer.  And has made bank.  But more and more, it seems as though his views don’t matter … like the only widespread acknowledgment headed his way in the future will come via his obituary.

You know who he is … but only because of who he was.

He’s one of those bygone Beltway creatures raging from the recliner.  Raving in seersucker and a bow tie.  Lofty in his vocabulary and elocution but lacking in real substance.  Oh, and transparently impure in his motivations (which at the moment consist of attempting to push the United States into a second Cold War that its people do not want and its taxpayers cannot afford).

It’s not that Will is old – it’s that he is antiquated.  His tone and his worldview have simply never evolved.  And while that doesn’t necessarily have to be a bad thing, in Will’s case it is.  On the one hand he embodies the “better-managed time” for which many of us are rightfully nostalgic.  You know … order, prosperity, pledges of allegiance and the veneer of absolute truth.

On the other?  His incessant sanctimony reminds us of why we rebelled against those days in the first place.

On paper, the Illinois native seems conservative enough.  And he has actually trended more libertarian in his sunset years … which we appreciate (especially as it relates to his views on the issue of warrantless surveillance).

But lately, Will is taking himself out of the national conversation with his shrill establishment shilling … putting the “legacy” into America’s legacy media.  It’s not that he is reflexively #NeverTrumping (we, too, have been harshly critical of U.S. president Donald Trump at times).  What baffles us is the sinking sand upon which he has chosen to make his last stand …

“I’m hearing redundant evidence that Mr. Trump is a seedy man whose incontinent sexual appetite gets him into seedy women,” Will said earlier this week on MSNBC.  “At the end of the day we have good decent Americans listening to not John Quincy Adams or Roosevelt or Eisenhower, but listening to this low-life from Queens talking about paying off his low-lives from Playboy magazine.”

It’s the Lewinsky angle all over again, isn’t it?  The Starr Report II: Electric Boogaloo. 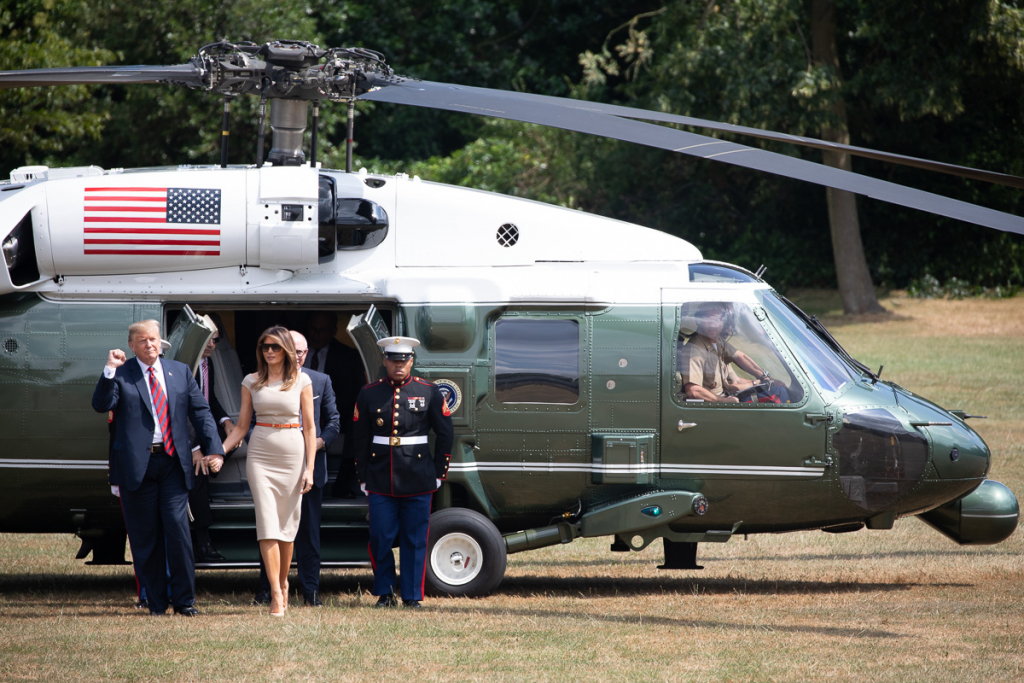 Will went on to say Americans were “embarrassed” and “sad” over Trump – and that “at the end of the day embarrassment and sadness are more explosive than anger.”

With all due respect to Grandpa McGrump, Americans don’t care about Trump’s mistresses.   At all.  They care about one thing and one thing only: The economy.  Or more particularly, they care about the extent to which they can participate in it.

You know … the bank accounts these Washington insiders want to drain in order to fund the New World Order.

Honestly, the only thing Americans care about less than Trump’s mistresses is the “Russian meddling” narrative Will and other establishment hacks are continuing to peddle on them at the expense of their diminished audiences (and diminishing credibility).

Will is “all in” on the Russian meddling claims, too, speculating wildly as to their roots …

Ah, yes … this is a reference to the infamous Trump pee tape that has become the lynchpin of Democrats’ 2018 election hopes.

But there was election meddling that year …

Thanks to the late progressive icon Margot Kidder (and former Democratic National Committee chairwoman  Donna Brazile), we know for a fact that Democrats rigged their election.

But no one wants to talk about that …

More importantly, the last time we checked Russia allegedly keeping Trump “compliant” consisted of him issuing a long-overdue repudiation of the notion that American taxpayers should subsidize the national defense of European liberals and socialists.

We haven’t been simpatico with Trump on a lot lately, but we are 100 percent behind him on that front …

Which again brings us to that word: “Meddling.”

Never forget our nation recently participated in a coup d’état in Russia’s back yard – and continues to engage in all manner of assassinations, invasions and propaganda campaigns all over the world (often partnering with some very unsavory sorts in the process).

Which is one reason our national debt is bigger than our nation’s economy.

Will won’t get that reference, obviously … but he needs to understand the underlying truths.  All of us do.

Donald Trump: Tariffs Are The Greatest