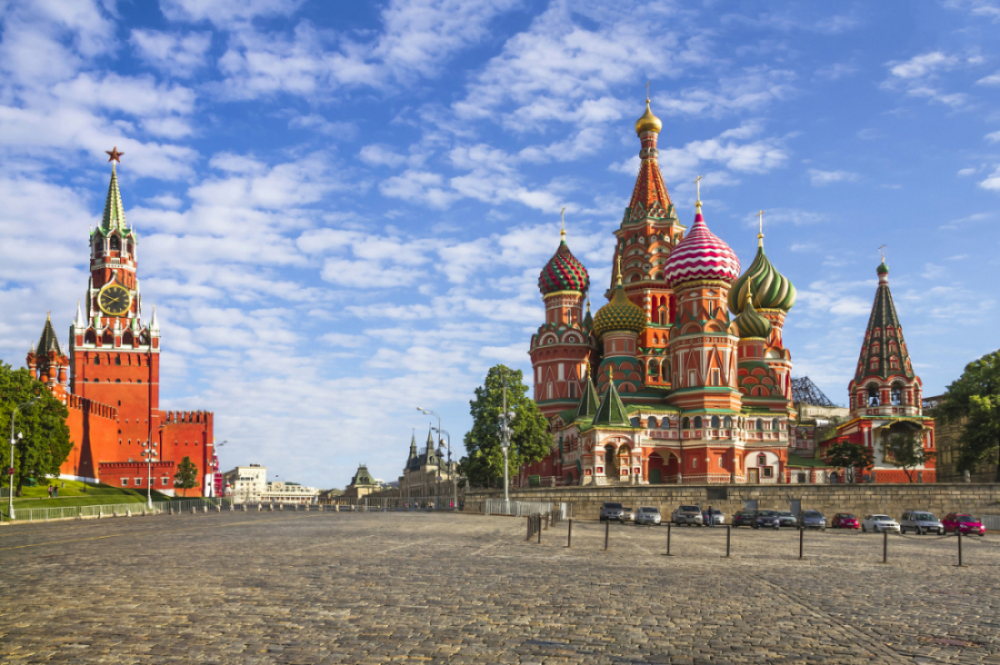 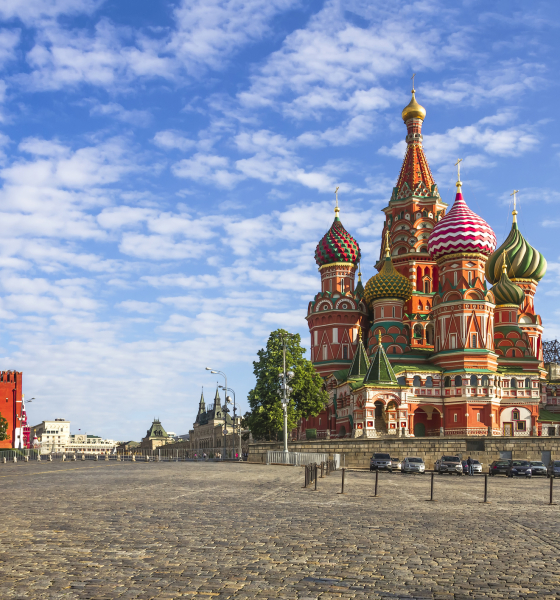 If you’re looking for evidence of the extent to which the cacophony in Washington, D.C. over alleged “Russian meddling” in the last presidential election is totally out-of-sync with the concerns of typical American people, this is your lucky day.

Gallup is out with fresh polling which lays this dichotomy bare …

According to its pollsters, the “situation with Russia” failed to register as a blip on its latest survey – conducted between July 1-11 of this year.  Seriously … not even one percent of respondents said the Russian story was the most important issue facing our nation.

For those of you keeping score at home, this was the third consecutive Gallup poll in which “Russian meddling” failed to crack one percent – after (barely) hitting that threshold in April, March and February. 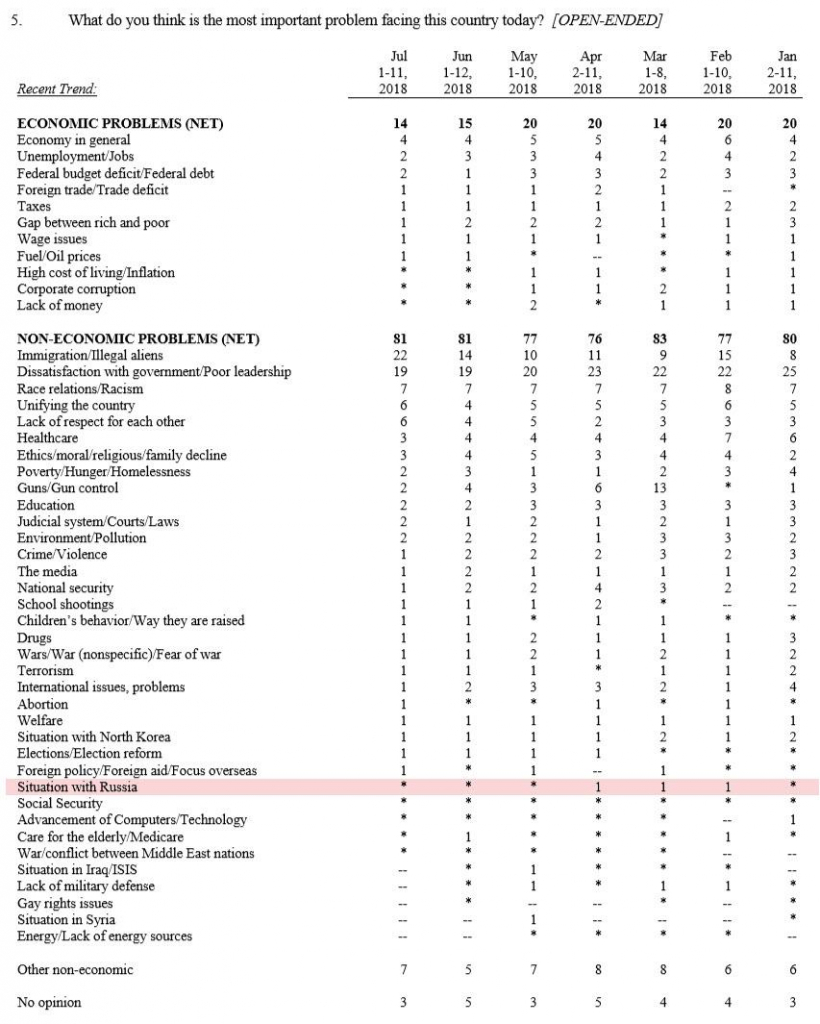 Obviously a lot has happened since July 11: New indictments were handed down in the investigation led by special counsel Robert Mueller, a high-profile summit between U.S. president Donald Trump and his Russian counterpart Vladimir Putin was held in Finland and (last but not least) there is the headline-grabbing news of a redheaded honey-potting sex spy named Mariia Butina.

But still … considering the barrels of ink and prodigious amounts of bandwidth the American media has devoted to this narrative over the last year-and-a-half, the fact it has continued to yield a collective yawn among the American electorate is truly noteworthy.

It’s also indicative of the extent to which Americans are focused on other things … and disinclined to care about this yo-yo of a story, no matter how hard the press wants to shove it down their throats.

Seriously, we haven’t seen such an “epic fail” since Gretchen (Lacey Chabert) tried to make the word “fetch” happen in the 2004 movie Mean Girls.

Ever since it started the “Russian meddling” yo-yo has gone up … then down … up … then down.  In fact we’re convinced most Americans would find the story impossible to follow even if they wanted to get to the bottom of it.

As we’ve repeatedly pointed out, the real “rigged election” was the 2016 Democratic presidential primary.  And it was rigged by Americans.  Furthermore, our nation recently participated in a coup d’état in Russia’s back yard – and continues to engage in all manner of assassinations, invasions and propaganda campaigns all over the world (often partnering with some very unsavory sorts in the process).

In other words, at home and abroad our country has zero room to talk when it comes to “meddling.”

Basically, this story boils down to America’s neoconservative (a.k.a. warmonger) establishment doing everything within its power to initiate a New Cold War with Russia – one which would require billions of dollars in new defense spending (here and in Eastern Europe).

Trump isn’t playing ball … and “Russian meddling” is the establishment’s way of pushing back.