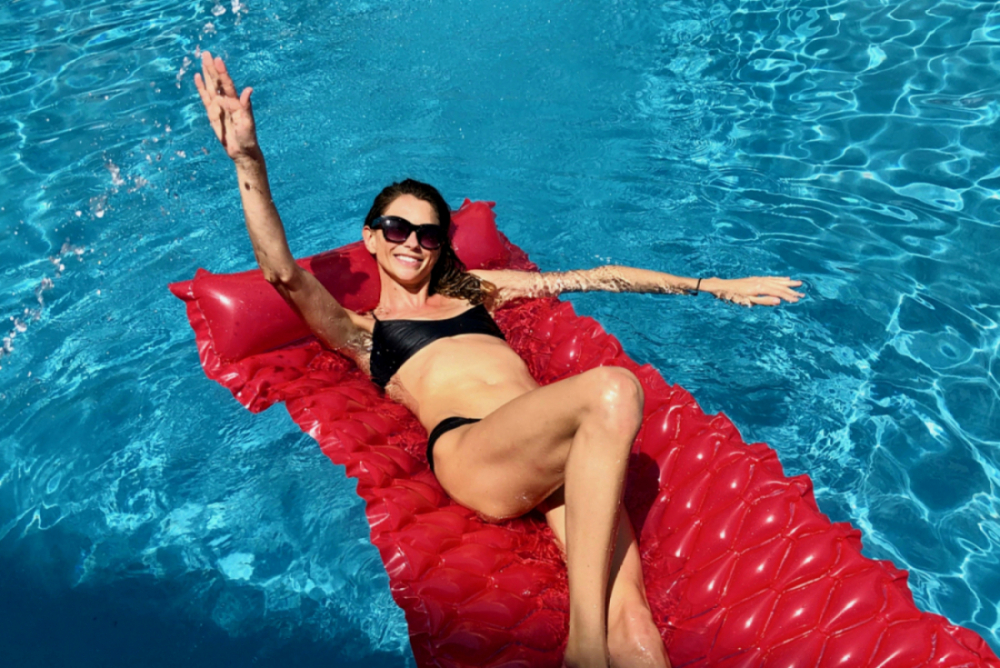 Unfortunately for her, she found out the hard way that the LGBTQ community in her hometown aren’t fans.

Jacobs, a Santa Barbara native, had returned to California (reportedly just for a visit) and scheduled an appearance at MATRIX Santa Barbara to host the Queen of Pride after party.  A friend of Jacobs does the bookings for the club, but reportedly doesn’t watch the show.

“Southern Charm’s @ashleyhjacobs hosts our Queen of Pride after party this Saturday @ MATRIX! Come party with us! 805.957.4111 or [email protected] for VIP bottle service. TheMatrixSb.com” 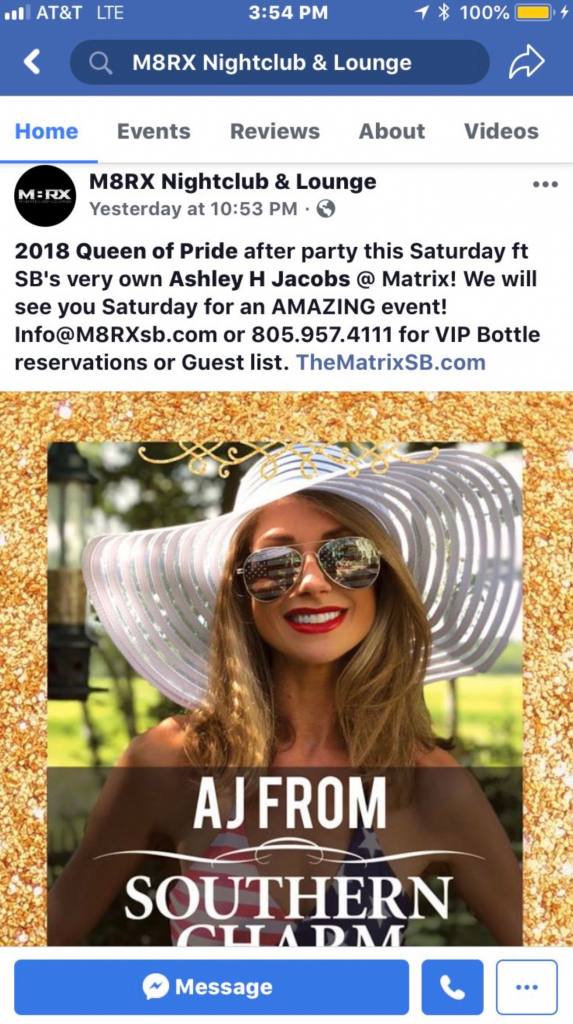 This event was to follow the Queen of Pride celebration, which is a fundraiser for the Pacific Pride Festival, sponsored by ABSOLUT Vodka

On the club’s Instagram page, patrons and supporters of Pacific Pride made it clear that Jacobs was a poor fit for their event, arguing the negative image she portrayed on Southern Charm seemed less than compassionate.

The comments were brutal, and though many don’t appreciate that Jacobs is a supporter of U.S. president Donald Trump, the dislike went deeper than just her political affiliation.

“Get ready for a circus because shit is going down! You can not pay this evil bitch to be apart of something and promote because then you are in poor company and that looks bad! She is going to have to wear a freaking shield.”

“She’s the worst. She should not be able to profit off of being the worst human being alive.”

The backlash caused the club to cancel her appearance and issue a statement on their website and their Instagram page apologizing to the LGBTQ community.

“AJ’s appearance has been canceled and we apologize to our LGBTQ+ communities for this choice in booking,” the club’s management stated.  “Pacific Pride Foundation was not aware of this nor affiliated with the decision to add AJ to the Queen of Pride event.  Matrix has much love and respect for the LGBTQ+ communities locally and we want to make Saturday night safe, welcoming and full of Pride!  We hope you will support our Queens and our Pride this Saturday.”

The negative attention on Jacbos – and the suggestion that people planned on attending for the sole purpose of confronting her – ultimately led to the decision to pull the plug on her appearance.

“You know reality people we love to hate?  Well, when it comes to her, there in no love at all in that sentence.  AT ALL.  She is a disgusting person and no queen of anything at all, much less LGBTQ+ community.  I wish being a Trump supporter and supporting her man (who has been accused of rape by two different women) were the worst things I could say about her.  Thank you for not letting her be a part of something that should be beautiful and about love.”

Another person referenced the portmanteau of Ravenel and Jacobs …

“Thank you for taking OUT the trASH!!!!”

On Facebook, MATRIX also posted the announcement that Jacobs would not be attending.  The response there referenced the Southern Charm reunion which aired earlier this week – where Jacobs once again was a divisive presence.

“Smart choice! She was using y’all for positive publicity because if things were not bad enough this reunion sealed her fate.”

Another mentioned that Jacobs is not a supporter of the LGBTQ community, and is only out for herself.

“She is not a supporter of anything except douche bags,” one commented.

Followers of the @notsosoutherncharm Instagram fan page have also been following the story, and posted supportive messages for the cancelation of the event.

“You couldn’t write a better ending here … I mean, this is just too good!”

Looks like it’s time for a Plan B for Thomas Ravenel’s “Plan B.”