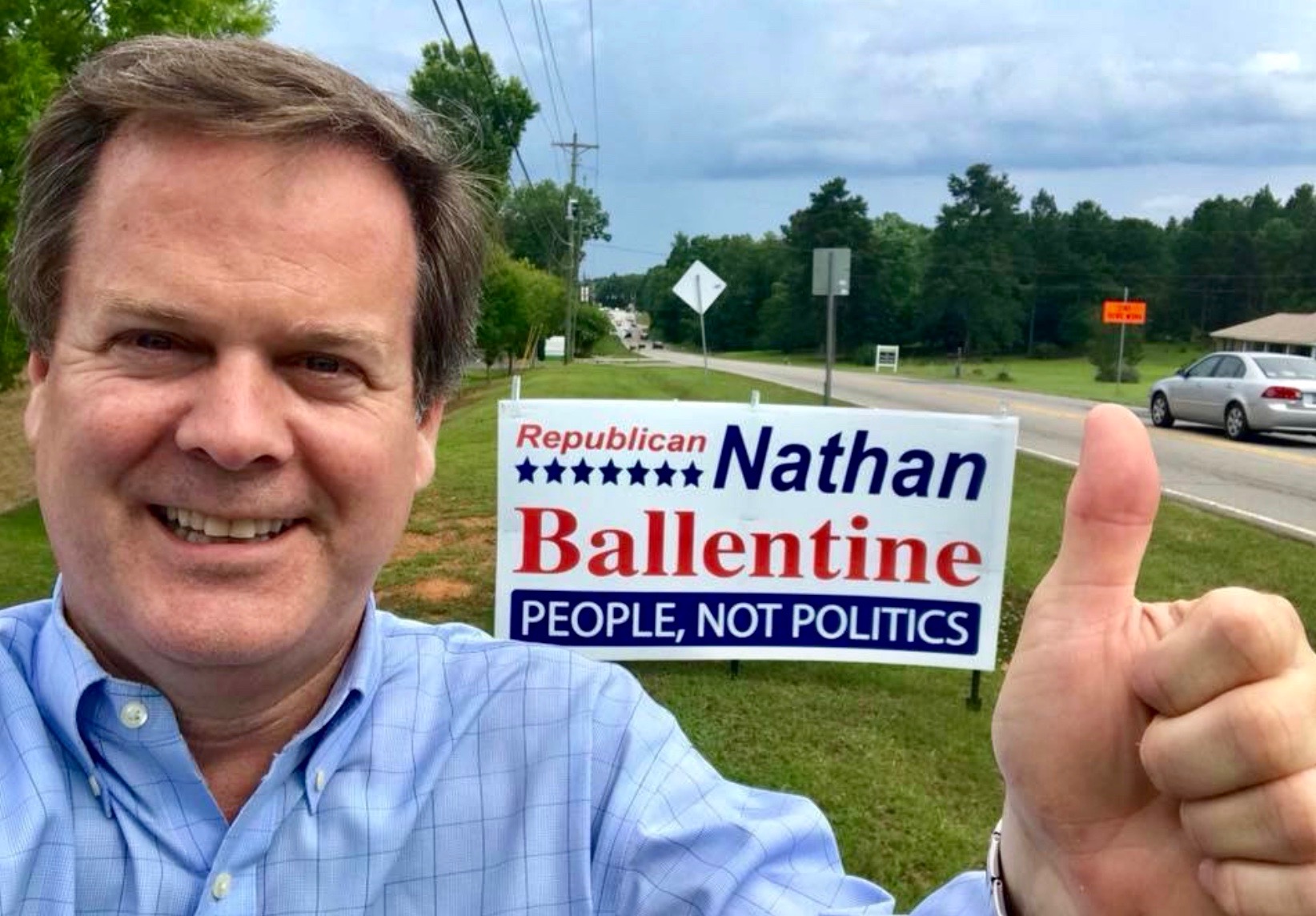 South Carolina state representative Nathan Ballentine will not seek a Senate seat he previously pledged to run for … telling reporter Avery Wilks of The (Columbia, S.C.) State newspaper that he will instead continue his campaign for reelection to the S.C. House of Representatives.

“I ran for re-election to the State House this year because we need the best representation possible for our community – and state,” Ballentine told Wilks. “My tenure and relationships in the House are important and can impact the lives of those who reside in this community.”

Ballentine was considering becoming a candidate in the special election for S.C. Senate District 20 (map).  That’s the seat which became vacant earlier this month thanks to the resignation of longtime state senator John Courson (the latest politician to go down in connection with the ongoing #ProbeGate investigation).

As we noted last week, this decision by the seventh-term state representative is not at all surprising.  The math just isn’t with him, and were he to run – he would have had to abandon the GOP voters who made him their nominee just six days ago.

That’s not the way to kick off a campaign …

This Senate seat very nearly went for Hillary Clinton in 2016, and it will be contested on the same day as the 2018 general election – which many believe will see a blue wave crest through its borders.

Also, this year’s Democratic gubernatorial nominee – Afghan War veteran and former S.C. minority leader James Smith – hails from the heart of this district, meaning Democrats will be turning out in droves to support him.

That makes this seat even more difficult for “Republicans” to hold.

Who does all of this benefit?

Dick Harpootlian.  The influential Columbia, S.C. attorney and former two-time chairman of the S.C. Democratic Party formally announced his candidacy for this seat last week, along with a campaign war chest of nearly $150,000.

Our guess is Harpootlian’s announcement – and the hefty campaign finance number he posted – also played into Ballentine’s calculations.

Outspoken and unconventional, Harpootlian is eschewing standard Democratic talking points and campaigning on a far more potent populist shtick.  Specifically, he wants to eliminate many of the paid perks lawmakers award themselves once in office, get rid of a legislative exemption that allows lawmakers to keep their correspondence hidden from the public view and mandate jail time when elected officials are convicted of violating the public trust.

We support all of those reforms … and we suspect voters of all partisan persuasions will, too.

Will any “Republican” challenge Harpootlian?

If so, they will need to announce their intentions very soon.

Filing for this seat opens at 12:00 p.m. EDT on June 22 and closes eight days later.  Partisan primary elections will be held on August 14 with the special general election falling on November 6 – the same day as statewide general elections.

Got something you’d like to say in response to one of our stories? Please feel free to submit your own guest column or letter to the editor via-email HERE. Got a tip for us? CLICK HERE. Got a technical question or a glitch to report? CLICK HERE. Want to support what we’re doing? SUBSCRIBE HERE.
Banner: Nathan Ballentine for House