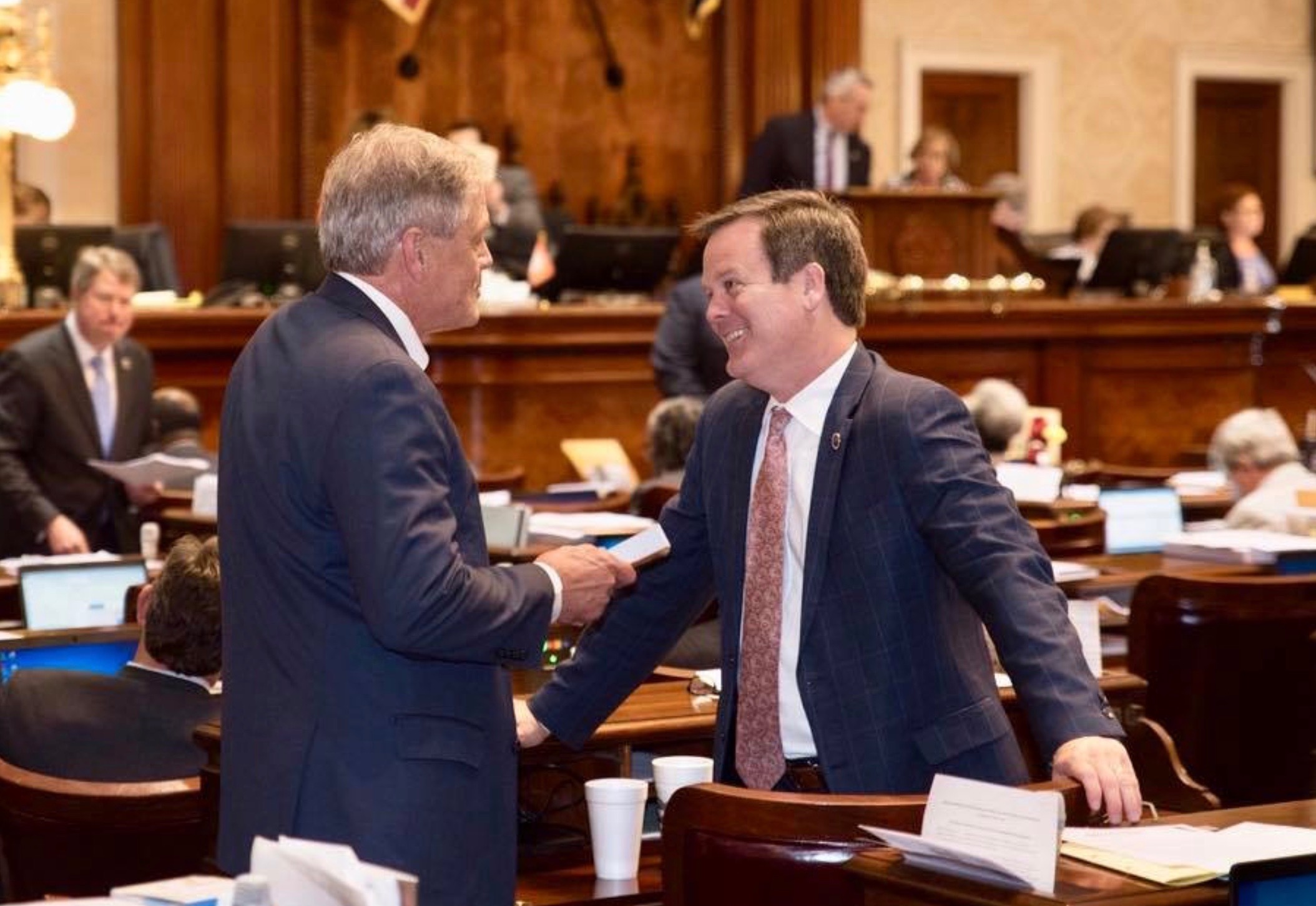 Wait … didn’t he win reelection to the S.C. House of Representatives?  Yes, he did.  Decisively.

But now Ballentine has a major decision to make: Will he remain the “Republican” nominee for S.C. House District 71 (a seat Democrats are not contesting)?  Or will he file as a candidate in the special election for S.C. Senate District 20 (map)?  This Senate seat – which Ballentine has long coveted – became vacant earlier this month thanks to the resignation of longtime state senator John Courson (the latest politician to go down in connection with the ongoing #ProbeGate investigation).

We think Ballentine should have made decided his plans before he stood for reelection to the S.C. House on Tuesday, but that’s another story (which we already wrote… twice).

Ballentine told us he plans to “enjoy the rest of week and talk things over with family and friends next week.”

He will have to decide soon, though … as filing for the special Senate election opens at 12:00 p.m. EDT on June 22 (next Friday) and closes eight days later.

“Whatever I do, I want to be sure we always have representation in Columbia,” Ballentine added.

We think the 47-year-old mortgage executive will ultimately opt against running for the Senate … for several reasons.

First and foremost?  Dick Harpootlian.  The influential Columbia, S.C. attorney (and former two-time chairman of the S.C. Democratic Party) is likely to mount a bid for this seat – and plow significant resources into his candidacy.

If Harpootlian announces, Ballentine becomes an immediate underdog … and that’s assuming the best possible electoral climate for the GOP.

Now let’s assume a blue wave (or at the very least a higher-than-usual Democratic tide) cresting over a Senate district that nearly went for Hillary Clinton in 2016.  Oh, and the special election is scheduled for the same day as the general election – guaranteeing maximum turnout.

Starting to get the picture?

Of course these are all considerations we’ve previously covered.

What changed on Tuesday?  James Smith, that’s what …

We have long believed Smith would wind up as the Democratic nominee, but his dominating performance during the initial round of voting this week dramatically exceeded our expectations.

Smith crushed his two opponents on Tuesday – especially in his home base of Richland County, where he received a whopping 70.8 percent of all ballots cast.

This is the heart of S.C. Senate District 20 – and Smith’s position at the top of the Democrat ticket will make it tilt even further to the left.  His longtime, most loyal supporters are energized – and our guess is they will turn out and vote for him in record numbers come November 6.

Bottom line?  There is simply no way a “Republican” wins this district … a conclusion we suspect Ballentine will likely draw for himself when he “talks things over with family and friends” next week.

Of course Harpootlian may want Ballentine to run.

As we have previously noted, the fiscally liberal “Republican” is exceedingly vulnerable given his vote for the now-notorious Base Load Review Act (BLRA) – which socialized more than $2 billion (and counting) of investment risk associated with the failed V.C. Summer nuclear power station expansion (a.k.a. #NukeGate).  Then this year, he voted for an anemic “solution” – a partial, temporary “repeal” of the hated law that fails to make ratepayers whole (and which could conceivably deny them a nice payday as part of a proposed private sector deal).

“He screwed the pooch … and then proceeded to screw the attempted unscrewing of said pooch,” we wrote last week.

If we were Harpootlian, that’s exactly the sort of opponent we would want to face in a race like this!

However given the lay of the land, it probably won’t matter who “Republicans” run …

Got something you’d like to say in response to one of our stories? Please feel free to submit your own guest column or letter to the editor via-email HERE. Got a tip for us? CLICK HERE. Got a technical question or a glitch to report? CLICK HERE. Want to support what we’re doing? SUBSCRIBE HERE.
Banner: Nathan Ballentine for House