Yesterday this news ran a lengthy story on the special election for South Carolina Senate District 20 (map).  This seat was vacated earlier this month by fiscally liberal “Republican” John Courson – who resigned prior to pleading guilty in connection with the ongoing #ProbeGate investigation into corruption in state government.

In our reporting, we noted how this district – which has been in “Republican” hands for more than three decades – is all but assured of turning blue in 2018.

The primary reason for that?  Dick Harpootlian.

The uber-influential Columbia, S.C. attorney confirmed this week that he is indeed running for this seat, telling reporter Avery Wilks of The (Columbia, S.C.) State newspaper that the GOP-controlled legislature is “incompetent,” “distracted” and “not focused on doing the people’s business.”

Is that true?  Absolutely …

Harpootlian gets no argument from us on any of that …

“For too long, our legislators have gone along to get along with the good ole boy system and are more concerned with reelection than real change,” Harpootlian said Thursday morning in a statement announcing his candidacy. 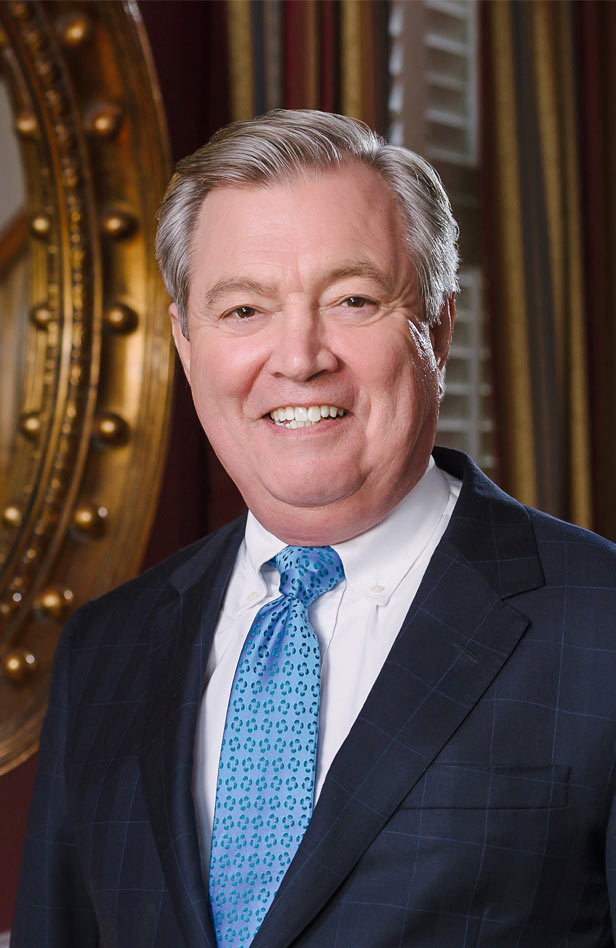 Harpootlian also announced that he has amassed a campaign war chest of nearly $150,000, underscoring his commitment to the upcoming special election for this seat.  Can “Republicans” compete with that?

Most ominously for the GOP, though, is the sort of campaign Harpootlian is envisioning.

Rather than reverting to yawn-inducing Democratic talking points about new government programs (Harpootlian has never stayed on script), he is embracing a potentially potent brand of centrist, Democratic populism that should provide quite a compelling contrast to the GOP culture of corruption and ineptitude in Columbia, S.C.

In fact, this is precisely the sort of messaging we have been waiting to see from a member of the Palmetto State’s perpetual minority party …

Specifically, Harpootlian wants to eliminate many of the paid perks lawmakers award themselves once in office.  He also wants to do away with a legislative exemption that allows lawmakers to keep their correspondence hidden from the public view.  Furthermore, he wants to mandate jail time when elected officials are convicted of violating the public trust.

We support all of those proposed reforms …

Harpootlian says he decided to run for the Senate after lawmakers failed to pass a budget during the 2018 legislative session – and failed to take action on #NukeGate, a disaster of their own making that allowed crony capitalist utility SCANA and government-run Santee Cooper to effectively socialized more than $2 billion in investment risk related to the failed construction of a pair of next-generation nuclear reactors in Fairfield County, S.C.

“It is unconscionable that the legislature failed to address the (SCANA) debacle that has cost the people of this state hundreds of millions of dollars due to the greed and avarice of a few executives,” he said.  “But when your attention is on the next legislative reception or cocktail party, it’s hard to focus.  The current crowd is gaming the system for their benefit while people in South Carolina suffer.  We need a senator willing to shake up business at the State House, and that’s what I hope to do.”

Again … Harpootlian gets no argument from us on any of that.

“Republicans” – who have already lost effective control of the Senate – long ago steered the ship of state into the rocks.  Now a Democratic candidate has emerged who is more than capable of exploiting these glaring vulnerabilities.

Hell, when it comes to the fiery Harpootlian “exploiting” is probably the wrong word.

Harpootlian has extensive experience in business, government and politics.  He served as a member of Richland County Council from 1986 to 1991 and as chairman of the S.C. Democratic Party from 1998 to 2003 – when several Democratic candidates were elected statewide including former governor Jim Hodges (the last Democrat to win the governor’s mansion in the Palmetto State).   From 1991 to 1995 he was the S.C. fifth circuit solicitor, winning a big public corruption case against former University of South Carolina president Jim Holderman during his tenure.

Incidentally, Harpootlian has played an integral role in taking down the current occupant of that office – Dan Johnson.

Filing for this seat opens at 12:00 p.m. EDT on June 22 and closes eight days later.  Partisan primary elections will be held on August 14 with the special general election falling on November 6 – the same day as statewide general elections.

This Senate district nearly went for Hillary Clinton in 2016, and if there is anything resembling a blue wave this November – Harpootlian is a virtual lock to win.

His advantage will be further boosted by the fact former S.C. minority leader James Smith – whose House seat is in the thick of this fight – is running at the top of the Democratic ticket statewide.  Democrats in Richland County turned out in droves for Smith in this week’s partisan primary elections, and we suspect they will flock to the polls for him again come November.

Myrtle Beach: Dirty Water Is Back!