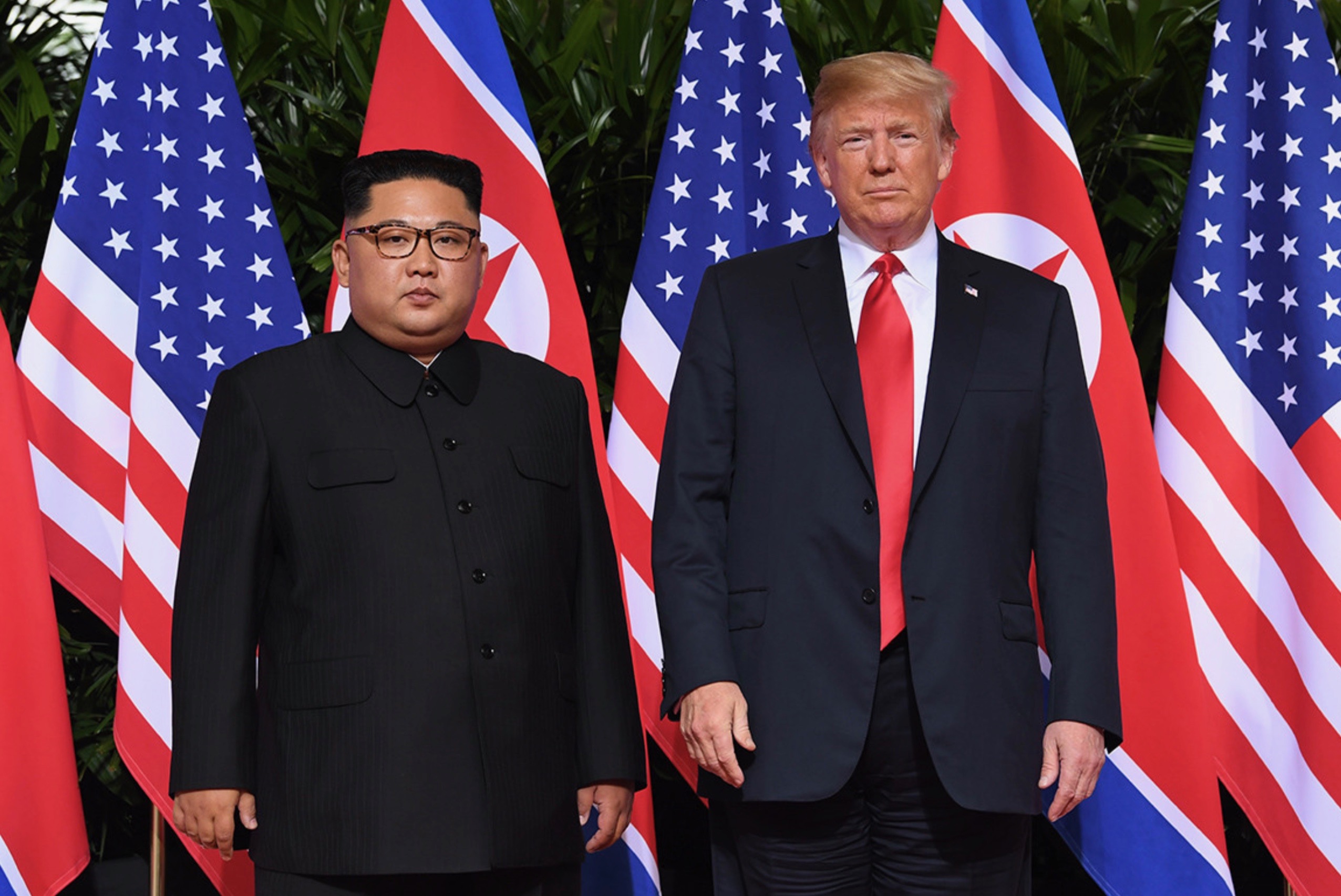 U.S. president Donald Trump and socialist monarch Kim Jong-Un of the-Democratic People’s Republic of Korea (DPRK – a.k.a. “North Korea”) announced the preliminary framework of an agreement to denuclearize the “rogue republic” during their historic summit meeting in Singapore this week.

The fact these two men sat down together at all (let alone signed a preliminary accord) is nothing short of amazing when you consider Trump was threatening to “totally destroy” North Korea last fall – calling it a “depraved regime” and accusing its unpredictable leader of being “on a suicide mission.”

Also, Trump pulled out of the scheduled summit with Kim back on May 24 – only to announced six days later that the meeting was back on following a lengthy meeting with North Korean envoy Kim Yong-chol (the first North Korean to set foot in the White House in nearly two decades).

The goal of the summit from the perspective of America and its allies has been the “complete, verifiable and irreversible denuclearization” of Kim’s regime.

Can Trump secure that, though?

Critics assailed his non-binding deal with Kim as unenforceable.  They also slammed Trump for his willingness to back down militarily in the region – handing a huge strategic victory to the People’s Republic of China.

Specifically, Trump announced his intention to stop military drills with the Republic of Korea (a.k.a. South Korea) – a position that puts him at odds with his military advisors.

“We need to know President Trump’s exact meaning or intentions,” a statement from the South Korean defense ministry noted.

It also seemed to catch America’s military leaders by surprise.

“We will continue with our current military posture until we receive updated guidance,” one U.S. military spokesperson told Reuters.

Trump also indicated his desire to remove American troops from South Korea, but added “that’s not part of the equation right now.”

Nearly 24,000 U.S. military personnel are currently stationed at more than eighty locations in South Korea. The mission of this force is “to deter aggression and, if necessary, defend the Republic of Korea.”

Trump has spent most of his time in office mocking Kim – referring to him as the “little rocket man” and vowing to rain “fire and fury” on his nation.

In an interview with Fox News’ Sean Hannity, Trump said his rhetoric was a ploy to get the North Korean dictator to the negotiating table.

“I think without the rhetoric we wouldn’t have been here,” he said, criticizing his predecessors for adopting “a policy of silence” when rival nations make threats against the United States.

“I hated to do it,” Trump said.  “Sometimes I felt foolish doing it. But we had no choice.”

North Korea’s nuclear program has been advancing by leaps and bounds in recent years, while America’s ability to respond to such threats has advanced only incrementally.  And at a much slower pace.

Our view on all this?  It’s been unchanged for years.

“North Korea has every right to pursue its nuclear destiny and leverage that power toward whatever end it seeks,” we wrote back in 2013.

Of course, were it to became clear that one of North Korea’s “ends” was launching a preemptive strike against America, our belief has always been that our military should strike first.

Beyond that, though, we really don’t care if North Korea has nukes … or who it threatens with those nukes.

What we care about is the rising cost of American interventionism around the globe, although it appears we are increasingly in the minority on that front.