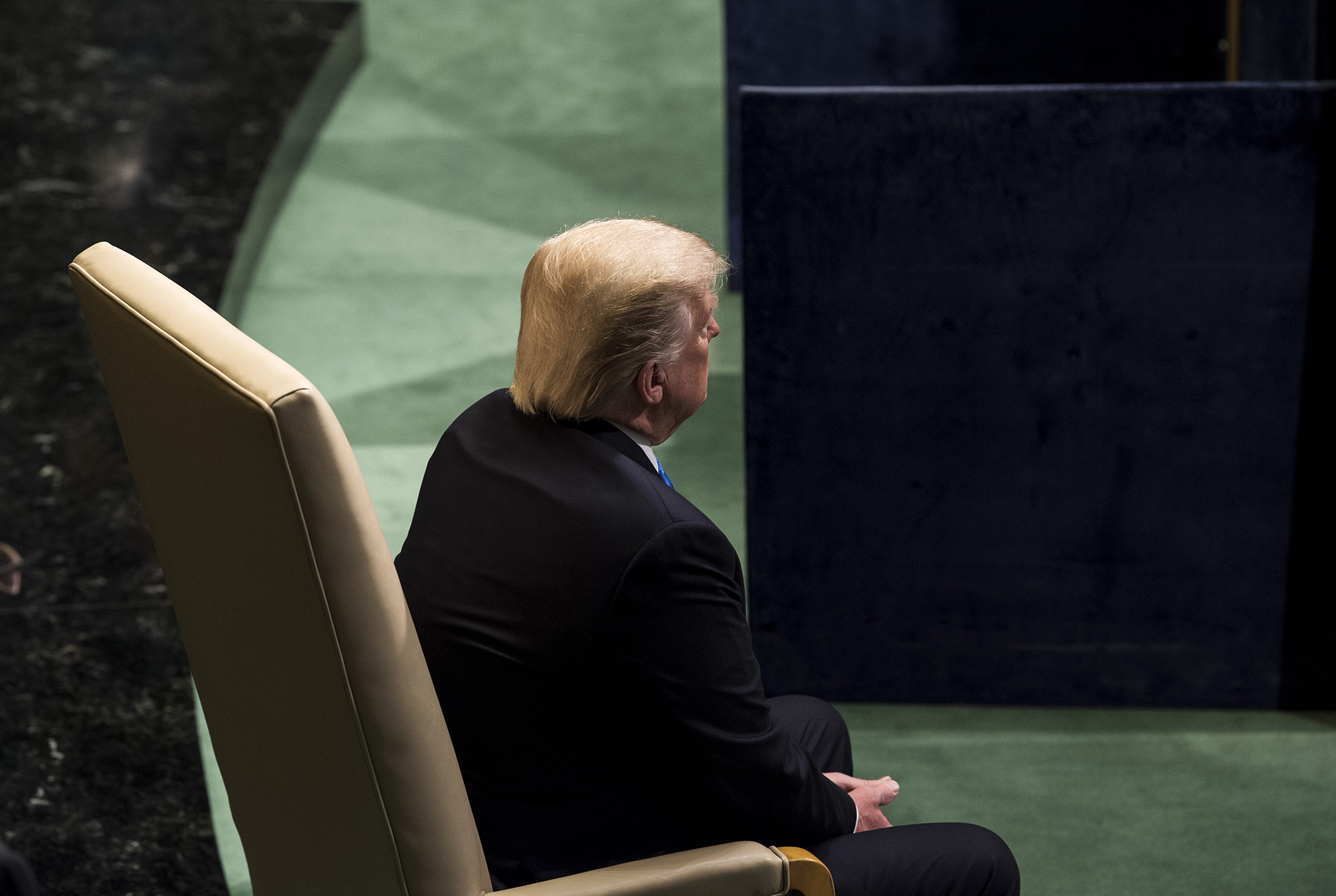 U.S. president Donald Trump addressed the United Nations General Assembly on Tuesday, issuing his sharpest rebuke of – and sternest warning against – the Democratic People’s Republic of Korea (a.k.a. North Korea).

“The U.S. has great strength and patience but if it is forced to defend itself or its allies, we will have no choice but to totally destroy North Korea,” Trump told the assembled delegates in his first speech to the globalist governing body.

“Rocket Man is on a suicide mission for him and his regime,” Trump added, invoking his new nickname for North Korean socialist monarch Kim Jong-Un.

Trump ravaged Kim’s government as a “depraved regime” whose “reckless pursuit of nuclear weapons and ballistic missiles” threatened the safety of the entire world.

“It is an outrage that some nations would not only trade with such a regime – but arm, supply and financially support a regime that imperils the world with nuclear conflict,” Trump said, firing a shot across the bow of the puppet regime his predecessor Barack Obama helped install in Ukraine.

Earlier this year it was reported that North Korea’s nuclear program is benefitting from materials and technology obtained from Ukraine.

Trump implored America’s allies around the globe to join him in confronting North Korea.

“If the righteous many do not confront the wicked few, then evil will triumph,” he said.

North Korea’s nuclear program has been advancing by leaps and bounds in recent years, while America’s ability to respond to such threats has advanced only incrementally.  And at a much slower pace.

Of course were it to became clear that one of North Korea’s “ends” was launching a preemptive strike against America, our belief has always been that our military should strike first.

Trump more than conveyed that message on Tuesday …

“I think it went really well,” Trump told reporters following his speech in New York. “I said what I had to say.”

Feedback Loop: Hugh Leatherman Is Not A Liberal

USS Teddy Roosevelt: War Or Not?