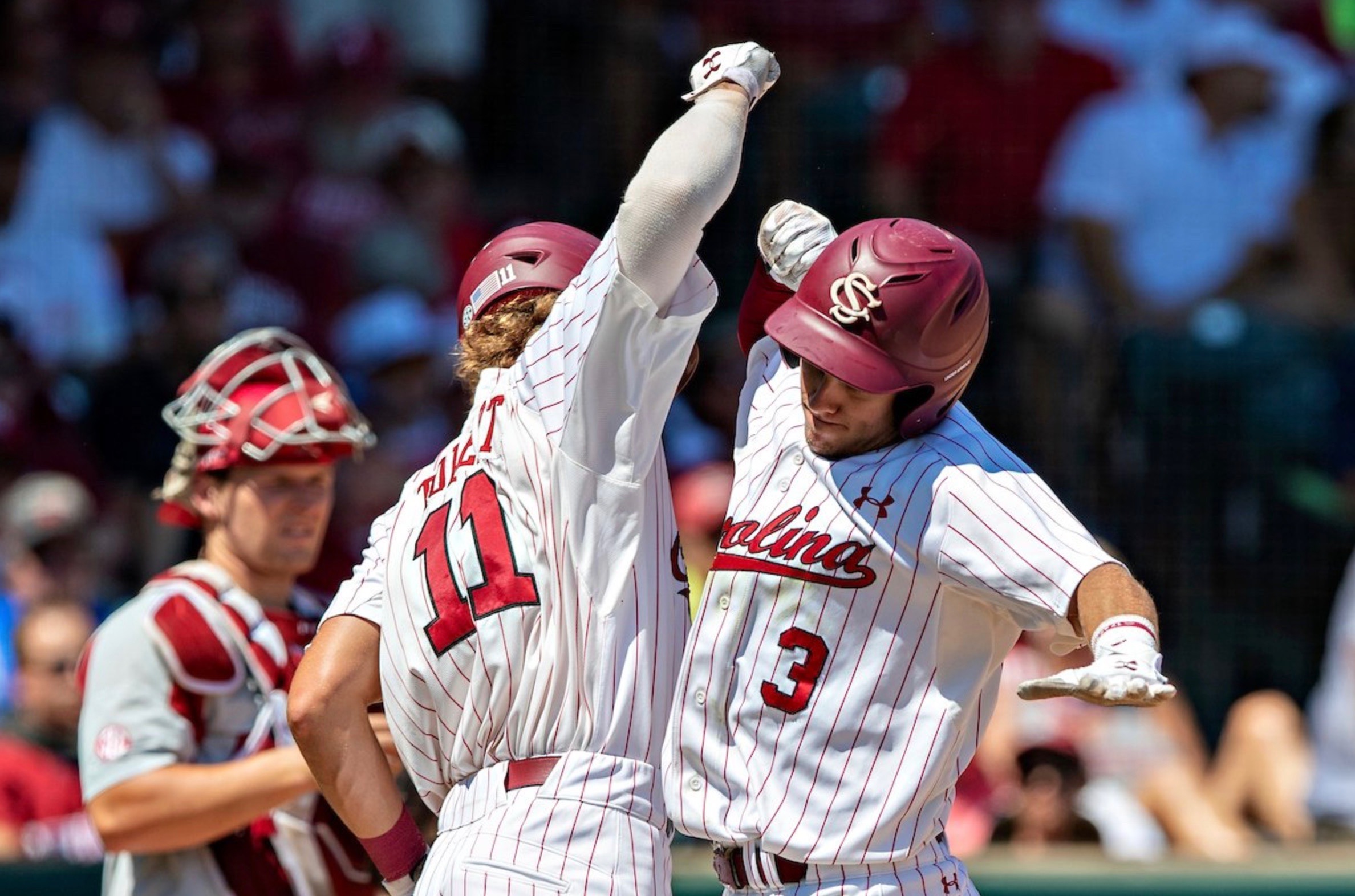 The University of Arkansas baseball team exploded for five runs in the first inning and never looked back, crushing the University of South Carolina 14-4 on Monday in the deciding game of the NCAA super regional in Fayetteville, Arkansas.

With the victory the fifth-ranked Razorbacks (44-19), punched their ticket to the College World Series (CWS) for the fourth time in the last ten seasons.

Meanwhile the Gamecocks (37-26) suffered their second super regional loss in the last three years, although the trajectory of the program appears to be improving under first-year head coach Mark Kingston.

Arkansas burst out to its early lead thanks in large part to a three-run home run from senior infielder Carson Shaddy.  By the end of the second inning, the Hogs were up 7-0 in this elimination game.  South Carolina scored its first two runs in the fourth inning on a wild pitch, but Arkansas answered with a run in the bottom of the frame and then unleashed another five-run inning in the bottom of the fifth.

The Gamecocks benefitted from a pair of solo home runs in the seventh and eighth innings from junior outfielder Jacob Olson, but by then the game was out of reach.

Here is the box score from Monday’s tilt …

After appearing in the NCAA tournament each year from 1999-2014 (including back-to-back national titles in 2010 and 2011), South Carolina failed to qualify for the postseason in two of the previous three seasons.  That led to the resignation of former coach Chad Holbrook (who is now the head coach at the College of Charleston).

What does the future hold for the Gamecock program?

Kingston’s team certainly finished strong – winning its final five regular season series in the toughest conference in America (the SEC placed eleven teams in the postseason, including No. 1 overall seed Florida).  He will have to replace five seniors on his roster, though, including top offensive performers Justin Row (the team’s leading hitter), Madison Stokes and Jonah Bride.

Is he doing that?  South Carolina’s 2019 recruiting class ranks No. 24 nationally (and 11th in the SEC), according to Perfect Game.  That’s down precipitously from this year’s tenth-ranked class.  SEC East rivals Vanderbilt and Florida rank No. 1 and No. 2, respectively, in recruiting for the coming season.

Got something you’d like to say in response to one of our stories? Please feel free to submit your own guest column or letter to the editor via-email HERE. Got a tip for us? CLICK HERE. Got a technical question or a glitch to report? CLICK HERE. Want to support what we’re doing? SUBSCRIBE HERE.
Banner: Gamecock Baseball