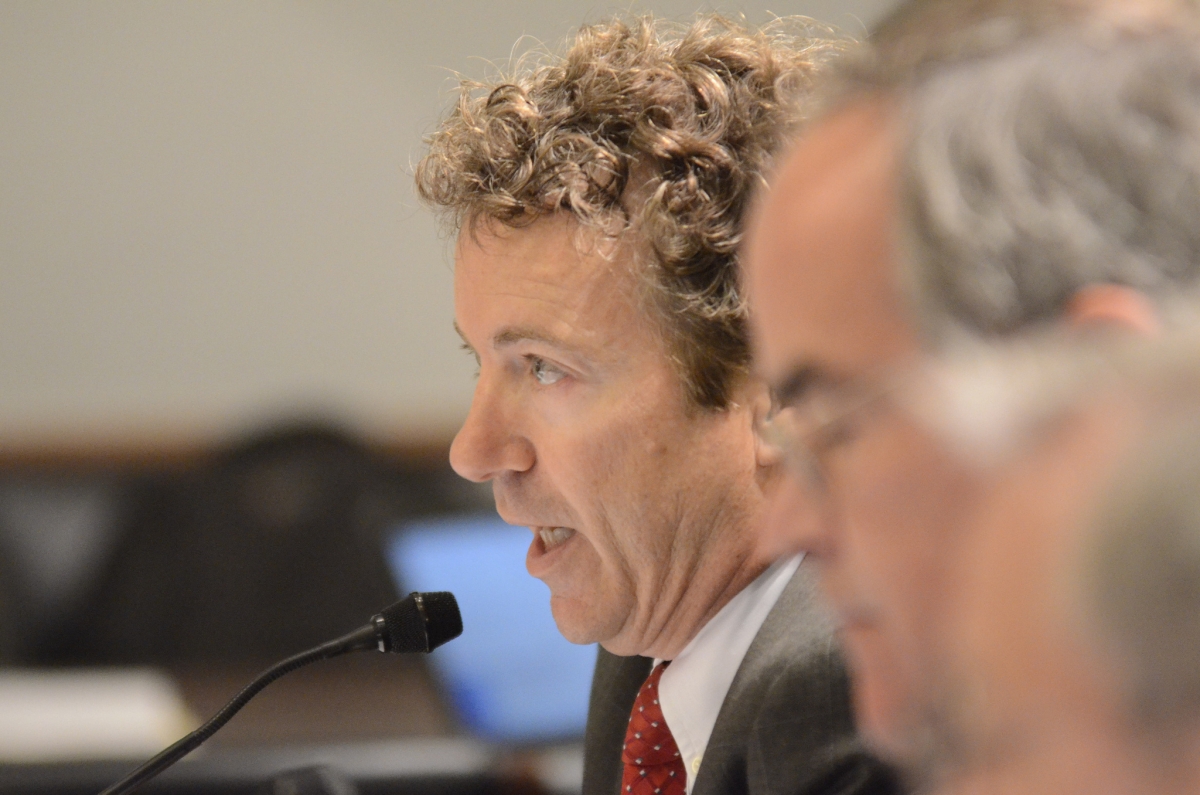 Of course one of the United States’ most notorious warmongers was chomping at the bit in case it unraveled.

Fiscally liberal U.S. senator Lindsey Graham of South Carolina – always on the lookout for a nation to invade – drafted an authorization for the use of military force against North Korea in anticipation of Trump’s summit with Kim in Singapore.

“I hope I never have to use it, but if you want to convince North Korea and China that things are different with Trump, then Congress has to have his back,” Graham said of his resolution.

“Lindsey Graham is a danger to the country by even proposing ideas like authorizing war with Korea,” Paul told CNN.  “So that should be something that is seen as naive and seen as something that really serious people shouldn’t even be discussing.”

“If you’ve watched over time I think what you’ve seen from Lindsey Graham is basically a naive worldview where he believes that war is always the answer and that also means that expenditures for war are always the answer,” Paul said. “And so I think that’s bankrupting us as a country.”

That, ladies and gentleman, is arguably the most concise and accurate thing we have ever heard one politician say about another.

This news site has made no secret of our contempt for Graham.  A fiscally liberal warmonger, he was exposed by Wikileaks in 2016 as former U.S. president Barack Obama’s “best GOP ally.”  He’s also a longtime amnesty pimp.  And tax-hiker.  Not to mention a key driver of the progressive narrative in Washington, D.C.

Can Graham be defeated in 2020?  Absolutely.

The question is whether a majority of GOP primary voters in the Palmetto State rally around a candidate to replace him.  In 2014, Graham won reelection because no consensus “anti-Graham” candidate emerged.

Oh, and because Graham knows how to count …

Got something you’d like to say in response to one of our stories? Please feel free to submit your own guest column or letter to the editor via-email HERE. Got a tip for us? CLICK HERE. Got a technical question or a glitch to report? CLICK HERE. Want to support what we’re doing? SUBSCRIBE HERE.
Banner: U.S. Department of Agriculture

American Workers Are Still Getting Squeezed