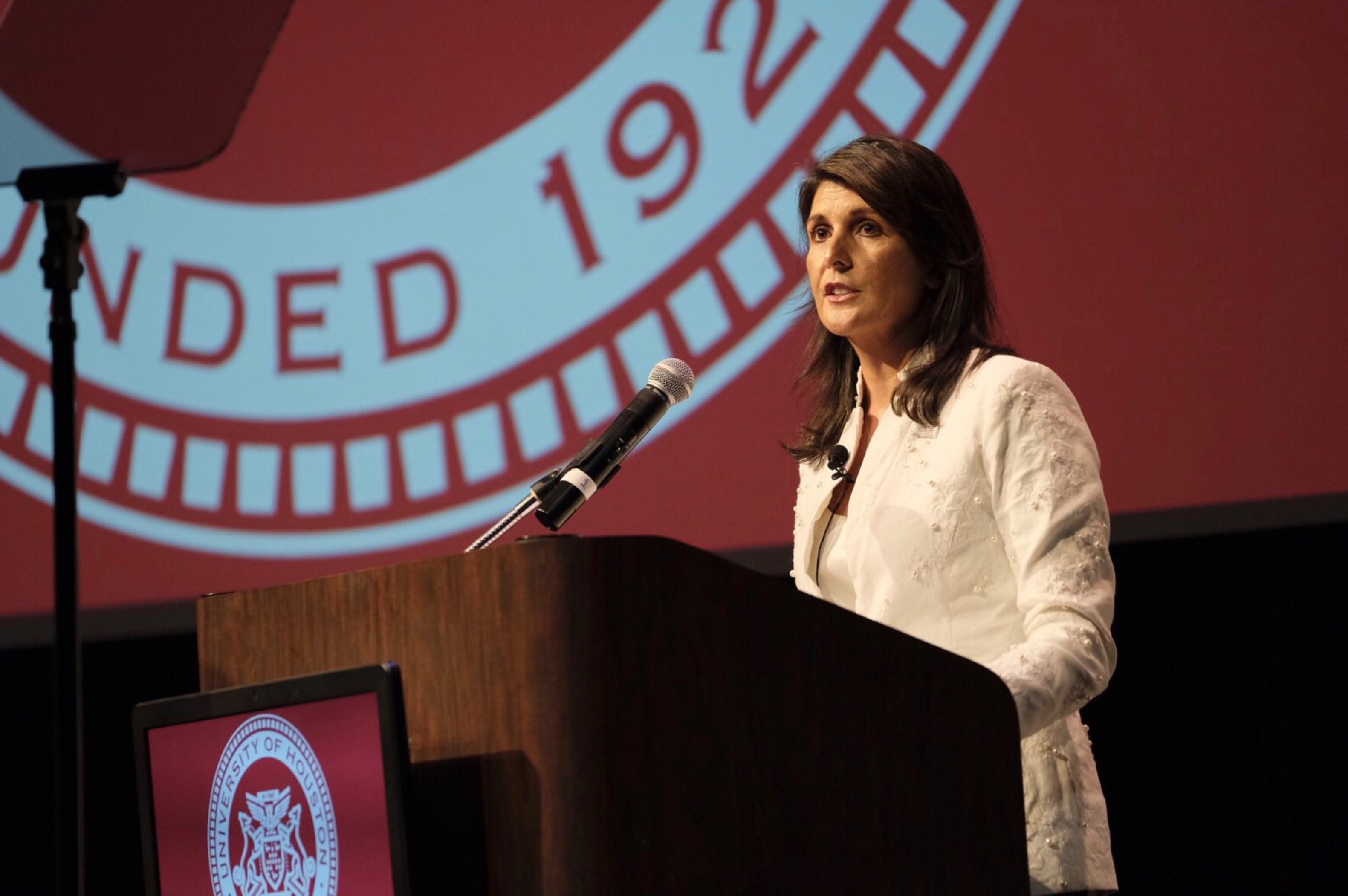 AMBASSADOR CANS THE BOARD OF HER SOUTH CAROLINA-BASED NONPROFIT …

Seriously, you can whisper in our ears all you want.  It’s not gonna change the answer …

Also, as we’ve repeatedly pointed out in prior posts, “that” is not what we believe will cause the U.S. Ambassador to the United Nations (UN) her biggest problems in the event she decides to make a run at the American presidency.

What will?  Haley’s “family business” – as well as her own glaring ethical shortcomings after winning elected office in South Carolina in 2004.

Last month, one of Haley’s other curious Palmetto State legacies – the Original Six Foundation – underwent what can only be called a near-total scrubbing.

Haley formed her foundation – named for the six members of her immediate family – in December 2011 with an advance from her first book deal (and leftover contributions from her first inauguration).

The foundation’s goal?  Providing services to the ten South Carolina counties with the highest jobless rates.

Has it worked?  Again … not remotely.

Prior to being scrubbed, the Original Six website listed the names of several prominent, politically connected corporate chieftains like Mikee Johnson, Pamela Lackey, Smyth McKissick and Pat McKinney, among others.

Several of Haley’s former cabinet appointees – including disastrous choices like Abraham Turner and Eleanor Kitzman – also appeared on the list as board members.  Same with James McLawhorn Jr. of the Columbia, S.C. Urban League and Crystal Freie – who we have never heard of (but who has amazing volume in her hair).

In fact, here’s a look at all of them courtesy of the Wayback …

Almost all of those names are gone now, though …

As of this writing, the Original Six is down to just one board member (Mike Sisk), its legal counsel (Butch Bowers) and two staffers.  Oh … and Haley.

“Not sure,” one board member told us.

Perhaps in anticipation of a national campaign, Haley’s home state network is receiving a pruning.

What motivated it though?

One member of the Original Six board told us this mass purge was “just a strategy refresh.”

“Seriously, nothing to it,” the source said.  “We are working with another charity that also had a board … just don’t need all the folks based on what we are doing.”

If that’s true, the ambassador’s personal involvement in the process seems a bit … unnecessary.

According to our sources, though, Haley “fired the whole board” via email last month – with no reason given for the mass terminations.

“That’s not a strategy refresh,”  our source said.  “Folks think it’s shady. Nonprofits have to have a managing board.”

Stay tuned … we will keep our ears to the ground for any additional information regarding what may have happened to Haley’s foundation.