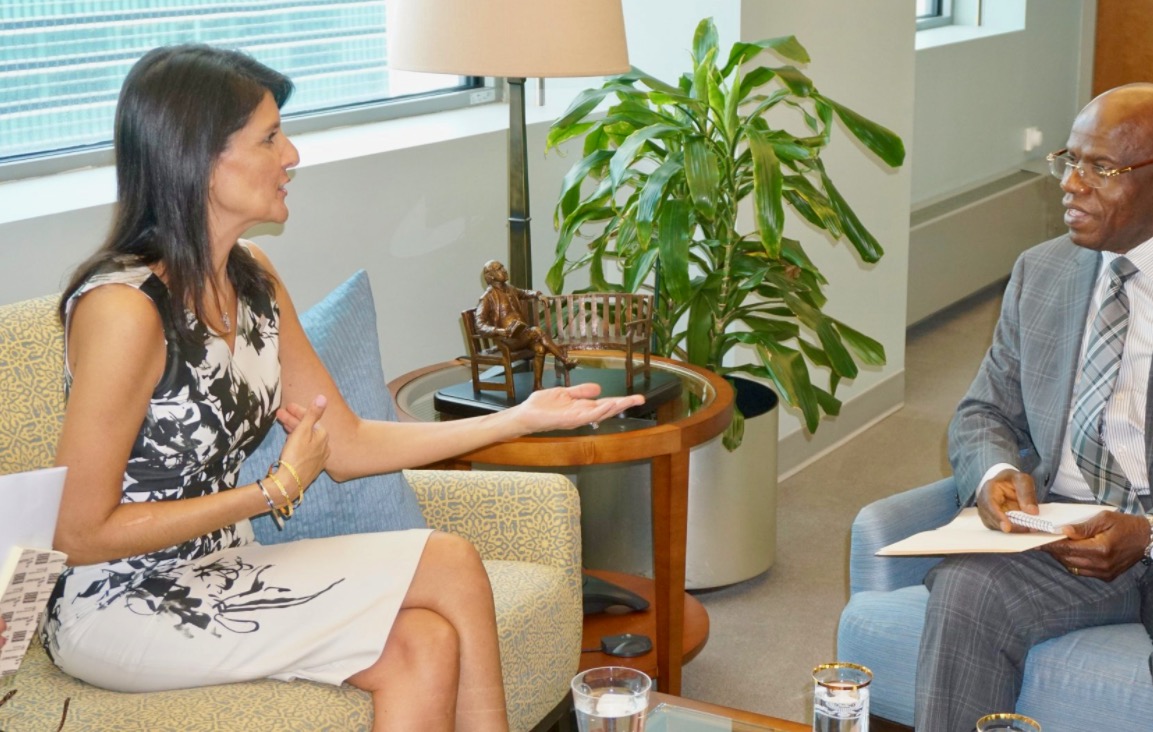 U.S. ambassador to the United Nations Nikki Haley is one of several prominent “Republicans” being vetted by national Democrats as a possible presidential candidate in 2020.

According to reporter Gabriel Debenedetti of Politico, Haley is one of several GOP politicians upon whom Democratic National Committee (DNC) staffers are conducting “full-scale opposition research” in the event U.S. president Donald Trump is not on the ballot in three years.

Yeah … it looks like the so-called “shadow campaign” is coming out of the shadows.

In the case of Republicans like Pence and Kasich, the team of over two dozen DNC researchers is mostly updating the existing research books they deployed in 2016, according to Democrats familiar with the arrangement. For the others, the operatives are combing through voting and governing records, compiling financial files, searching for conflicts of interest, and saving clips on their relationships with Trump.

Vetting Haley should be all sorts of fun for Democrats – especially as it relates to her 2012 ethics scandal.

How would this website (whose founding editor has quite the intimate, um, “history” with Haley) address any opposition research interrogatives sent our way?

As we’ve said all along, we don’t think Haley’s litany of personal entanglements or glaringly obvious ethics issues represent her real problem.  The bottom line is she simply hasn’t produced results.