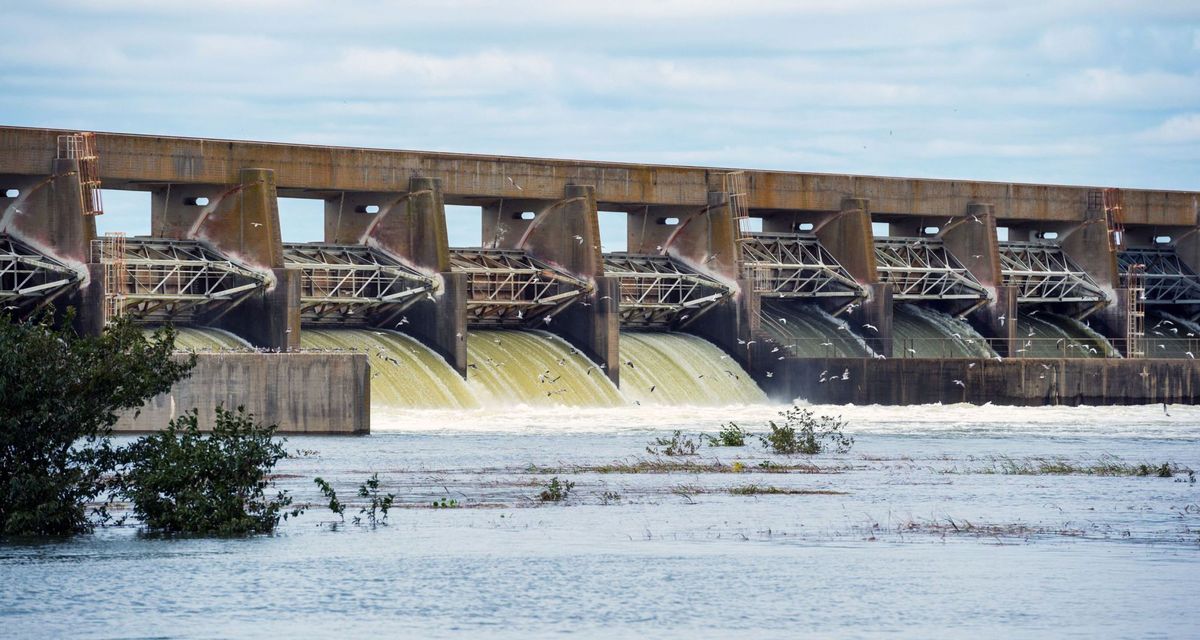 Customers of South Carolina’s government-run power company Santee Cooper could see their annual bills soar by anywhere between $167 and $751 over the next four decades.  That’s according to a new study released this week by former U.S. Senator Jim DeMint‘s think tank: Palmetto Promise Institute.

Obviously that’s money they won’t have on hand to invest in the state’s consumer economy … which could further erode South Carolina’s already deteriorating economic position.

Entitled “Santee Cooper’s Uncertain Future,” the Palmetto Promise Institute report pulls no punches regarding the predicament in which this catastrophically mismanaged state-owned asset now finds itself – and how its spectacular failure has the potential to (continue) costing South Carolina ratepayers their hard-earned money.

The report is one of the first scholarly reviews of Santee Cooper since #NukeGate – a.k.a. what happens when government is allowed to run a power company (and socialize investment risk for projects funded by private energy providers).

With state lawmakers and regulators cheering them on, Santee Cooper and its crony capitalist partner SCANA spent $10 billion (including $2 billion taken directly from ratepayers) on a pair of next-generation nuclear reactors in Jenkinsville, S.C.  The money was spent, but the reactors were never finished.  In fact they’re not even half-finished – with the cost to complete them reportedly ranging from anywhere between $9-16 billion.

The result?  A $10 billion hole in the ground at the V.C. Summer nuclear power station in Fairfield County.

Just eight days before it bailed on the project, though, the utility announced massive rate increases on customers tied to “costs associated with nuclear construction and other system improvements.”  Also, after the project collapsed it gave its former leader a multimillion-dollar, taxpayer-subsidized golden parachute – even though documents released last summer showed its executives (and SCANA’s leaders) knew more than two years ago that the project was doomed.

“As the sheer magnitude of the V.C. Summer Units 2 and 3 nuclear abandonment, the largest financial disaster in South Carolina history, comes more into focus, we know Santee Cooper has borrowed $4.5 billion to date, its customers have already paid $540 million in four rate increases for the two defunct reactors, and the interest owed grows daily,” a summary to the Palmetto Promise report noted.  “Additionally, Santee Cooper has another $4 billion in non-nuclear debt that must be addressed.”

According to the report, to pay off this debt “electricity rates would need to increase between 10-52 percent.”

“Our analysis suggests a likely additional 13.62 percent rate increase, which would mean the average annual electricity bill increases by $194.49,” the report found. “This increase would be in place for the next 38 years, until the debt is paid in 2056.”

Add it all up and the average Santee Cooper residential customer is on the hook for nearly $7,400 worth of debt – and that’s just related to the nuclear project. Some industrial customers are reportedly on the hook for up to $80,000 a month in new costs.

That’s a doomsday scenario for South Carolina’s economy, people … and it comes on top of rate increases totaling 15.2 percent over the last five years.

“The V.C. Summer nuclear fiasco is a critical threat to our state’s economic health and financial future,” said Ellen Weaver, Palmetto Promise’s president and CEO. “It already has, and will continue to have, a significant impact on South Carolinians’ wallets and jobs. This report delivers on the dire need for top-tier independent economic analysis to help our state determine the best path out of this mess for ratepayers and taxpayers.”

And what path is that?

South Carolina governor Henry McMaster has proposed a fire sale of the embattled utility, and if you believe the super secret documents leaked last month to members of the S.C. General Assembly – Florida-based NextEra Energy is ready to strike while the iron is hot.

The problem?  The rumored proposal on the table is basically a massive taxpayer-subsidized bailout.

A bigger problem?  Lawmakers simply don’t want to get rid of the asset.

Santee Cooper has been a key cog in the state’s crony capitalist “economic development” racket for decades, giving lawmakers the ability to dangle free or reduced power bills in front of prospective companies.

Has the strategy worked?  Let’s ask former S.C. governor Nikki Haley, the queen of crony capitalism in the Palmetto State.

Laird Minor: What Is The Greenville Hospital Lawsuit All About?