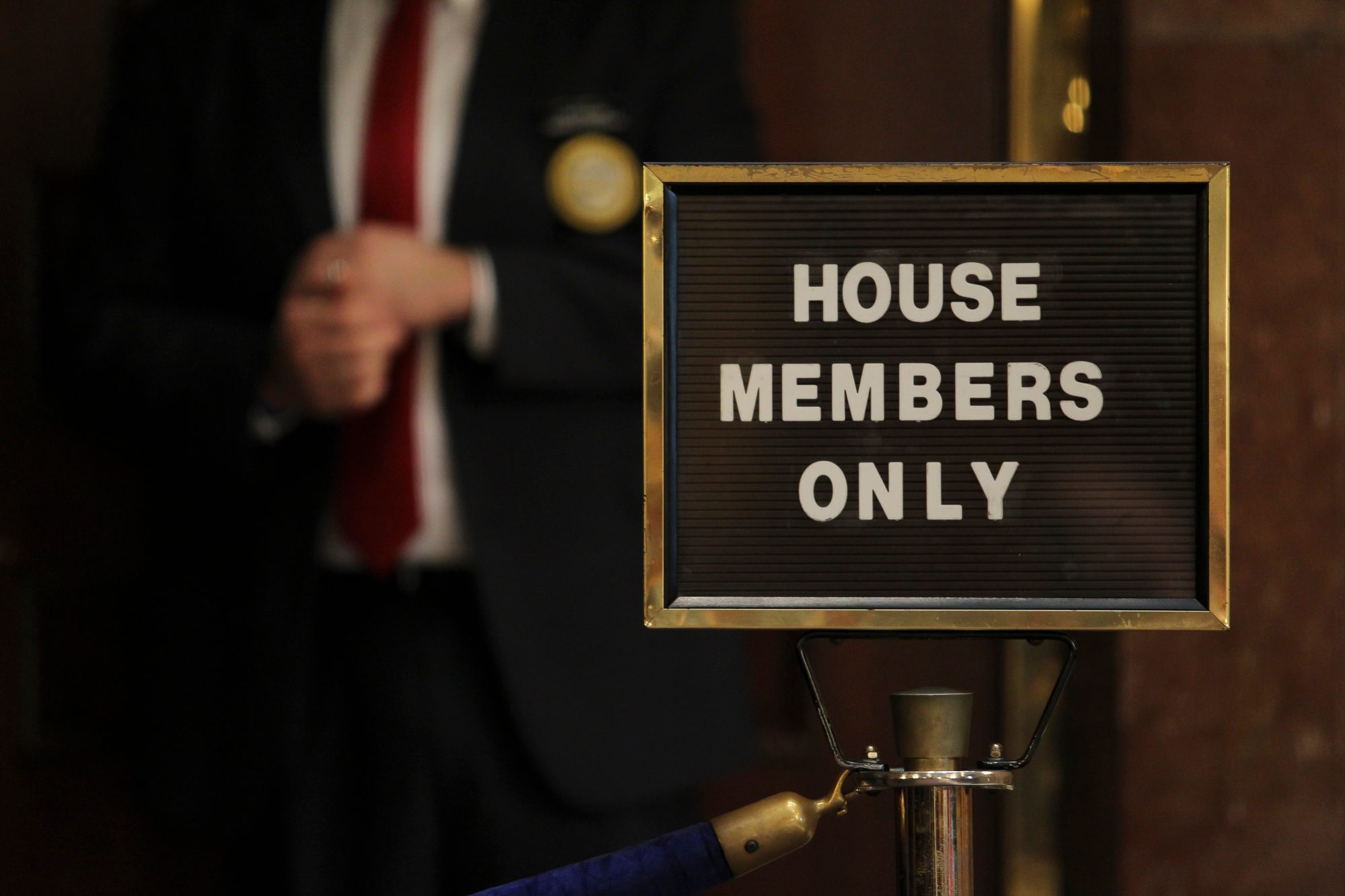 A week ago this news site reported on efforts by freshman South Carolina lawmakers to fundamentally reform state government by rewriting the state’s antiquated 1895 constitution.

Led by S.C. freshman caucus chairman Micah Caskey, this group of more than two dozen lawmakers wants to “replace the legislatively dominated and antiquated framework of the South Carolina Constitution of 1895.”

Specifically, their goal is to create an empowered executive branch and a more independent judicial branch – arguing these power shifts would “restore balance in state government,” according to state senator William Timmons (one of the members of the reform coalition).

In addition to being far too big, South Carolina’s government is notoriously unaccountable to the people it serves.  The state’s chief executive is elected to run the executive branch of government, but the power of the governor’s office is diluted through a network of legislatively controlled boards and commissions.

It’s even worse when it comes to the judicial branch …

State lawmakers vet and vote on candidates for all judicial openings, a process that has led to rampant corruption and a judiciary that is often beholden to the interests of legislators.

Caskey, Timmons and their allies want to fix that …

Do they have the support of the current governor?

Incumbent “Republican” Henry McMaster hasn’t addressed the proposals, and his office is currently in the midst of a major squabble with Caskey over the latter’s rebuke of its push to shut down sanctuary cities in South Carolina.

(News flash: There are no sanctuary cities in South Carolina).

What about McMaster’s opponents for the 2018 GOP gubernatorial nomination?  Where are they on calls to rewrite the state’s constitution?

Lowcountry labor attorney Catherine Templeton – one of several statewide candidates who have seized the reform mantle this election cycle – was questioned about the proposals this week by state representative Jason Elliott, one of the members of the reform group in the S.C. General Assembly.

During an appearance in Greenville, Templeton told Elliott she was “all in” for rewriting the state constitution. 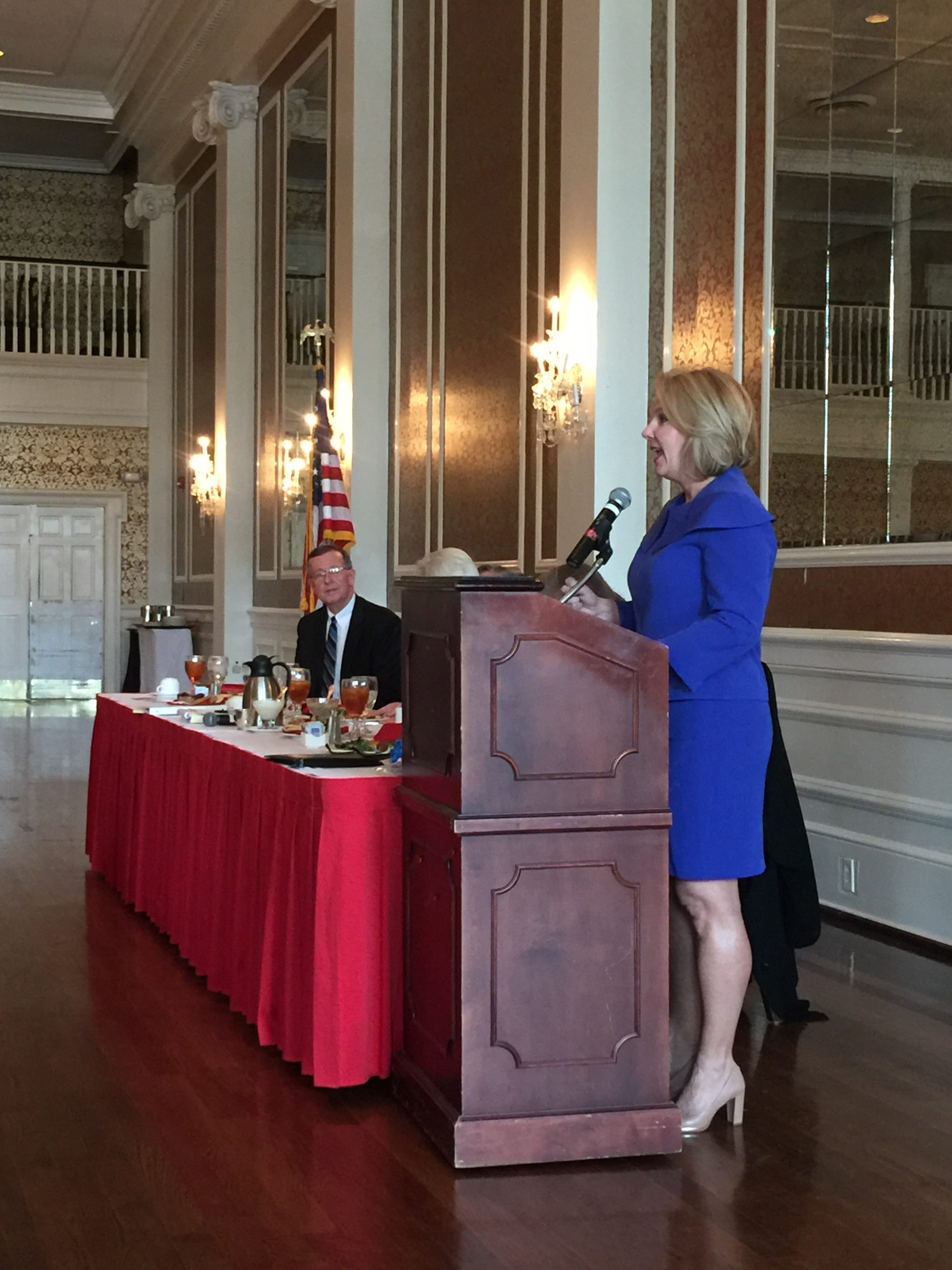 “We need to make government accountable to the people it serves,” Templeton said.  “Of the people, by the people, for the people.”

“Right now, when the government wastes our money there is no one to fire,” Templeton added.  “The governor should be given the responsibility to cut, shrink, and fire at will – and the S.C. Constitution (should) demand that government serve the people.”

“I support a state constitutional convention because it is the only chance regular citizens have to end run the Columbia special interests and get true reforms like term limits on legislators, more ethics disclosures and making the Governor and his office more accountable to the voters of South Carolina,” Warren told us.

South Carolina lieutenant governor Kevin Bryant – who is also seeking the governor’s office in 2018 – agreed the current constitution should be scrapped, however he raised concerns as to whether GOP lawmakers would be capable of setting the proper parameters for a constitutional convention.

“The constitution of 1895, conceived in racism, needs to go, however, can we trust the RINOcrat majority to enact appropriate ‘enabling legislation?’ The same majority that passed the largest tax increase in SC history?” Bryant told us.  “The most important thing would be to have a proven conservative fighter as governor to set the terms of the debate. I’m the only one running with that record.”

State lawmakers have historically resisted all efforts to surrender their power.  Also, the “Republican” administrations of Mark Sanford, Nikki Haley and McMaster haven’t exactly inspired confidence in the notion of gubernatorial “accountability.”

These and other agencies in the governor’s cabinet have been unmitigated disasters for years – despite receiving steady increases in taxpayer funding.

Even so, this news site believes Caskey and his legislative allies are correct to push for these reforms.  In fact we’ve consistently called for scrapping the 1985 constitution and restoring balance between the three branches of government.

The Palmetto State’s 1895 constitution “continues to hold South Carolina back to this day, splintering accountability and enabling our state’s ‘leaders’ to evade responsibility for chronic academic, economic and quality of life failures,” we noted three years ago.

“It’s time for South Carolina to scrap its nineteenth century constitution and start over,” we added.

Obviously the biggest problem with state government remains its size.  Despite the GOP controlling things for the last decade-and-a-half, our “leaders” remain addicted to taxing, borrowing and spending on a government that produces consistently abysmal outcomes – economically, fiscally, educationally and with regards to infrastructure, public safety and other core functions of government.

Rethinking what government should – and shouldn’t – do is the first step in reversing these terrible outcomes.  The next step?  Making sure the structure selected to perform the handful of core functions government should perform is efficient, transparent and as directly accountable to citizens as possible.