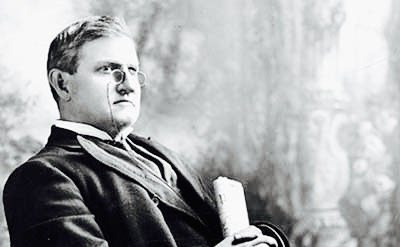 SOUTH CAROLINA NEEDS TO “START OVER”

|| By FITSNEWS || In our ongoing coverage of the controversial legacy of “Pitchfork” Ben Tillman – a nineteenth century South Carolina politician with a burning hatred of black people – we’ve consistently noted his “other” major flaw was saddling the Palmetto State with an antiquated, dysfunctional form of government.

Tillman’s 1895 Constitution continues to hold South Carolina back to this day, splintering accountability and enabling our state’s “leaders” to evade responsibility for chronic academic, economic and quality of life failures.

In a piece for The (Columbia, S.C.) State newspaper, Carroll and Hall wrote …

During his inauguration as governor in 1890, Tillman announced his intentions for South Carolina: “The whites have absolute control of the State government, and we intend at any and all hazards to retain it.” Five years later, after his tenure as governor had concluded, Tillman lorded over a constitutional convention that upended South Carolina’s government. His goal was simple: to ostracize minorities — who were defined as anyone having “one eighth or more negro blood” — and, just in case a black man was ever elected governor, to dilute power within and deflect authority away from the executive branch.

Tillman got his way, and after his perverse vision for South Carolina’s government was ratified, he closed the 1895 convention with this rant: “If we were free, instead of having negro suffrage, we would have negro slavery. Instead of having the United States government, we would have the Confederate States government.” He concluded: “And no matter what shall betide us in the future, I believe we can meet any fate, and nothing can go amiss with us unless we forget that we are white men, Carolinians and Democrats.” According to the convention’s journal, this repugnant declaration drew “prolonged applause.”

It is remarkable that Tillman’s loathsome vision is not some mere relic of history. His poisonous prescription for our state remains with us today and every day that the Constitution of 1895 continues to rule our state.

This is why we’ve spent the better part of the past decade proposing reforms aimed at undoing this ridiculously backward government structure.

So … what should be done about Tillman’s legacy?

Eight years ago, we called for Tillman’s statue on the S.C. State House grounds to come down in light of his racist past, but following last week’s removal of the Confederate flag from those same grounds (a move which we supported) – we’ve revisited the issue.

They cut right to the chase …

“The best way to remove Tillman’s racist stain on our state is not to remove his statue. It’s not to vandalize his portrait. It’s not to rename buildings at our state universities,” they wrote.  “Instead, we ought to revisit and repair the entire structure of our state government in a way that rejects Tillman’s guiding principles. To amend our constitution in a way that empowers and consolidates, rather than cripples and diffuses, the executive branch. To restructure our state government in a way that provides meaningful balance among the three branches. To reclaim our government — and, indeed, South Carolina’s future — from the dead hand of an unapologetic racist.”

Damn straight.  Removing the symbolism of Tillman isn’t what’s important here – it’s removing the sorry system of government he stuck us with.  It’s time for South Carolina to scrap its nineteenth century constitution and start over.

In Case You Missed The KKK, Black Panther Rallies …

The Return Of E.W. Cromartie?