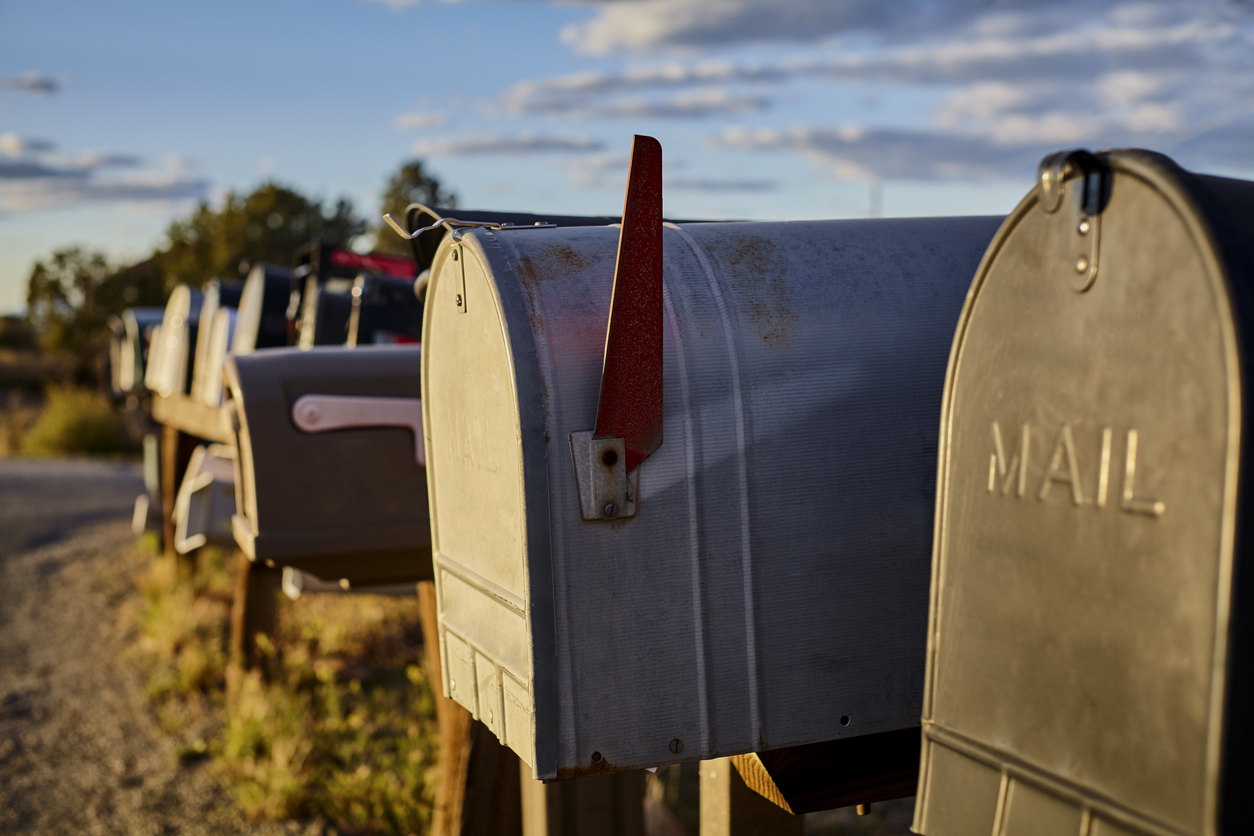 Five Upstate South Carolina “Republicans” – including a leading congressional candidate – are getting pilloried in a new mail piece sent to voters.

South Carolina senators Tom Corbin and William Timmons – the latter of whom is among the early favorites to win this spring’s GOP primary for the Palmetto State’s fourth congressional district seat – are assailed in the mailing, along with state representatives Garry Smith, Dwight Loftis and Mike Burns.

“There’s dumb. There’s dumber. Then there’s downright stupid!” the front side of the ad proclaims. 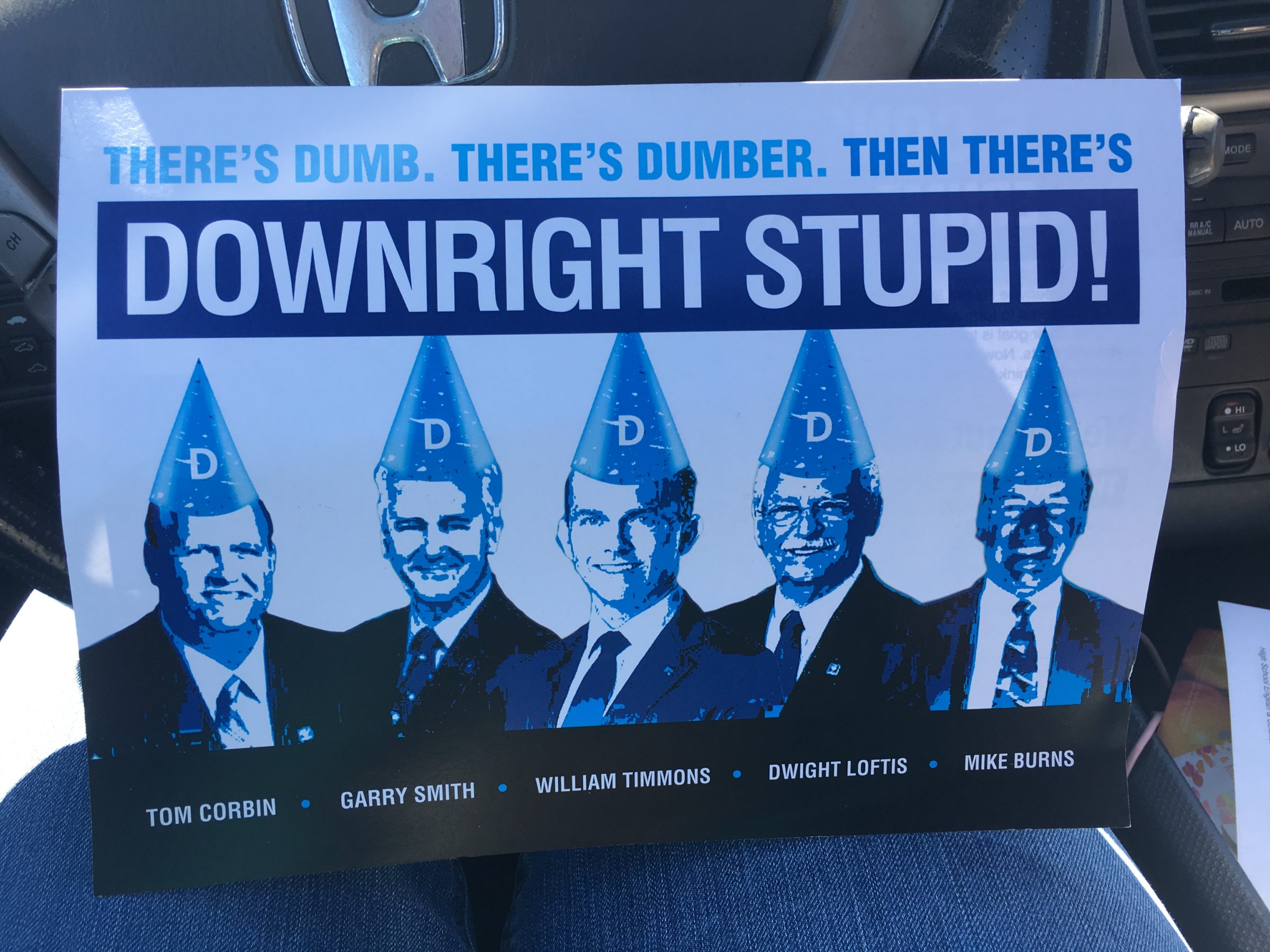 What did these five lawmakers allegedly do?

According to “Citizens for Government-Free Healthcare” – a group based out of Simpsonville, S.C. – the five lawmakers support “government meddling in health care.”  Specifically, the mail piece accuses them of working to undermine a proposed partnership between the Greenville Health System (GHS) and Columbia, S.C.-based Palmetto Health.

“A group of Upstate legislators who oppose the partnership think they can take control of GHS and sell it to the highest bidder,” the mailing stated, referring to Corbin, Timmons, Smith, Loftis and Burns as “good ole boys.”

“Do these legislators have any experience in health care? No!” the mailing added.  “Have they ever run a multi-billion dollar business?  No!  Is it in your best interest for GHS to be sold to the highest bidder?  No!”

It goes on to say their actions “smack of government-controlled Obamacare!” 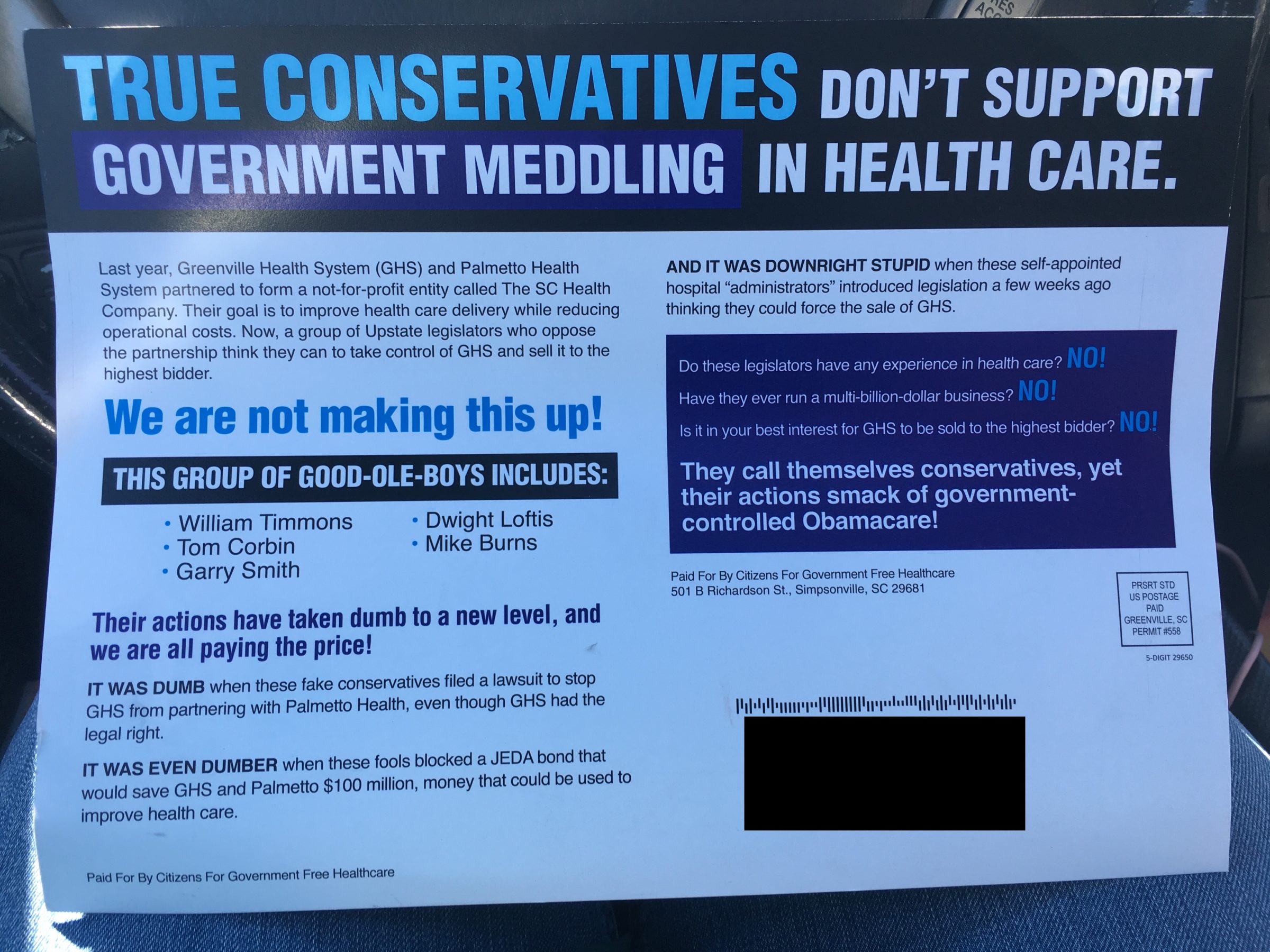 So … what’s going on here?  Do we buy the allegations contained in this mail piece?

As we’ve noted in several recent stories, limited government advocates in the Upstate are trying to get GHS trustees to use a competitive bidding process to dispose of nearly $4 billion worth of assets – and to route a fair share of these proceeds back to Greenville County taxpayers (a.k.a. the people who subsidized the health care system to the tune of tens of millions of dollars in previous decades).

Two years ago, these advocates filed a lawsuit (.pdf) aimed at forcing the issue.

That suit was filed by government gadfly Ned Sloan and his S.C. Public Interest Foundation (SCPIF).  Joining them were several lawmakers – including Corbin, Smith, Loftis and Burns (Timmons hadn’t been elected at the time the lawsuit was filed).

Last week, Timmons broke ranks with activists and several of his fellow lawmakers on this issue, though – prompting major drama.

Frankly, we were surprised to see him included with them in this mail piece … although who knows, maybe that was the point.

Our view?  We don’t really have a dog in this fight, although we believe if GHS received public funding then it has an obligation to make taxpayers whole upon its sale.  In other words, we believe the lawsuit has merit and should be allowed to proceed.

As for legislative involvement in the debate, we guess that depends on the nature of the intervention … but we think this mail piece’s attempt to link these lawmakers to liberal policies like Obamacare is unfair.

Stay tuned … this issue has become quite a lightning rod in recent weeks in the Upstate, and we look forward to keeping tabs on it (and its impact on legislative primary races as well as the increasingly crowded fourth congressional district race).