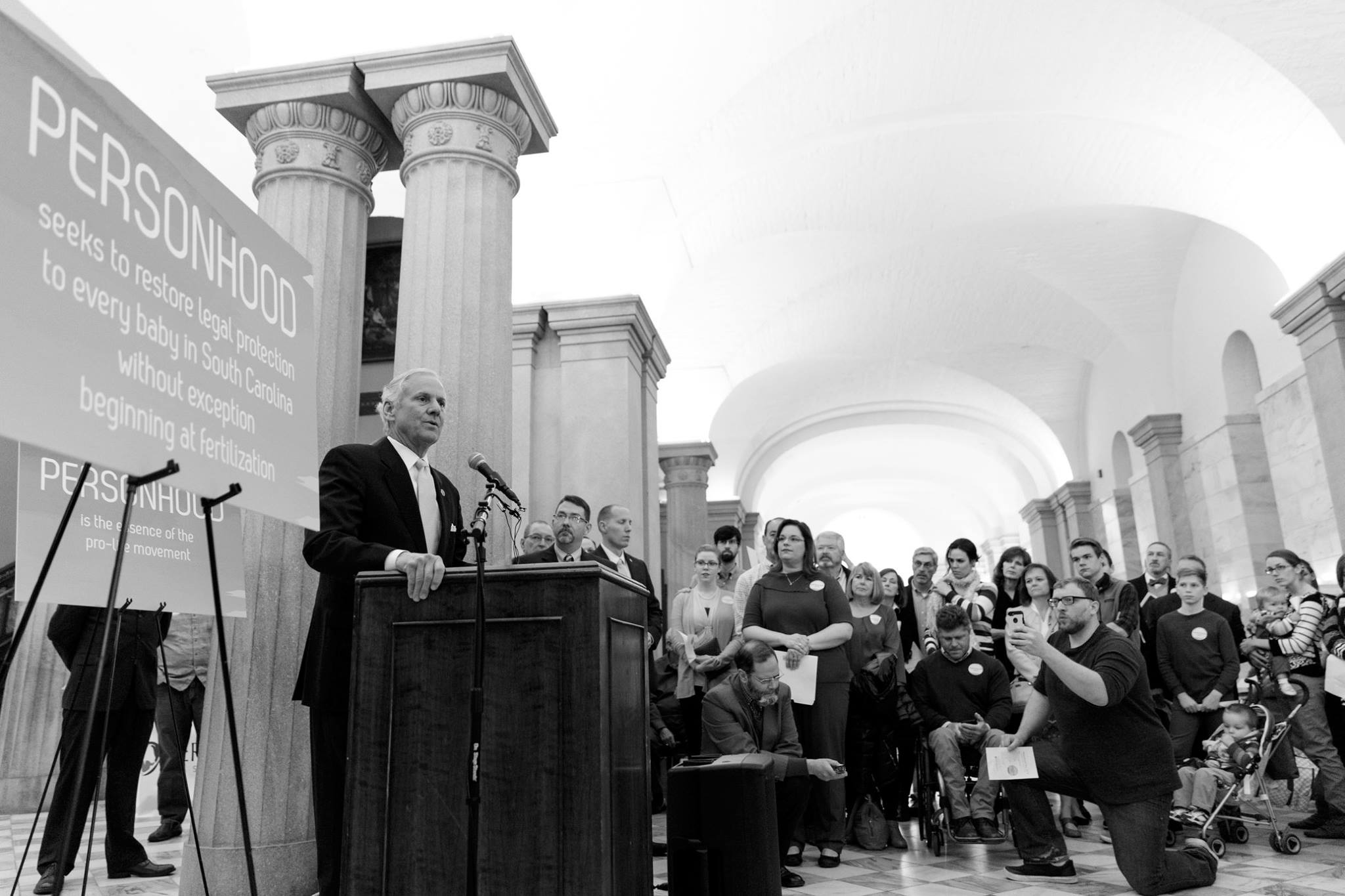 South Carolina governor Henry McMaster delivered his first State of the State address on Wednesday evening to a joint session of the S.C. General Assembly.

How’d he do?  Well, the 70-year-old politician – whose health has been the subject of considerable speculation in recent months – didn’t fall down or die during his address, so by those metrics the speech was a resounding success.

McMaster actually had a fairly cogent speech prepared for him, one that was surprisingly substantive (albeit short on solutions in several key instances).  And while he’s been ripped by Democrats for using the forum as a campaign stump speech, we didn’t get that impression at all.

This was a policy address … and while McMaster didn’t break any new ground in his remarks, the speech did a decent job of packaging his various positions in the best possible light.

The problem?  The actor couldn’t rise to the script …

In fact, it appeared as though the aging politico grew increasingly fatigued as his speech wore on.

“That was painful,” one lawmaker told us at the conclusion of McMaster’s address.

In his trademark drawl, the politician known as “Foghorn Govnah” spoke to “legisla-TORES” of the myriad of problems facing South Carolina – economically, academically, environmentally and with respect to infrastructure and public safety.

“Am I watching the State of the State or a casting call for Gone with the Wind?” one Palmetto politico mused.

Guffawing aside, we liked some of what we heard from McMaster …

On the issue of taxes, the governor’s proposed five-year, $2.2 billion income tax cut received top billing in his speech – as it should have.

“Like Presidents Reagan, Kennedy and now Trump, I believe that low taxes spur economic growth and prosperity,” McMaster said.  “Yet, South Carolina currently has the highest marginal income tax rate in the southeast – the 12th highest in the nation.  Seven states have no income tax at all.  Taxes of all kinds at all levels add up – little by little – to smother growth.”

That’s true … which is why this news site has been clamoring for income tax relief in South Carolina for the better part of the last decade.

“We must act,” McMaster added.  “We must heed the lessons of history. We must respect the right of the people to their own money, for their own purposes, according to their own priorities.”

We agree with that …  however, it’s also important to remember the context.  Last year,McMaster stuck taxpayers with an $826 million annual pension fund tax hike.  Then he winked and nodded as he “vetoed” a gas tax that will drain $1.8 billion from the state’s economy over the next five years and $600 million more each year, every year thereafter.

McMaster also fell well short of the mark on the issue of education.  While embracing the concept of parental choice, he failed to deliver the goods in terms of actually providing it.

Unfortunately, he offered only support for “charter schools – all public.”

That’s a huge opening for his opponents in this June’s “Republican” gubernatorial election.  In fact S.C. lieutenant governor Kevin Bryant – who introduced McMaster on Wednesday night – moved quickly to exploit the opening.

“I was disappointed he stopped short of endorsing universal school choice for every child because only then will we see a real change in our education system,” Bryant tweeted.

As this news site has consistently argued, only universal parental choice – i.e. providing parents with a sizable portion of the $16,211 per student they are currently spending per year on the worst government-run system of education in America – is going to turn South Carolina’s chronic academic woes around.

Anything short of that … won’t.

McMaster did propose consolidating the state’s bloated educrat administrative state – which is another reform this news site has been championing for years.

“Spiraling administrative costs have a direct impact on educational outcomes,” McMaster said.  “Consolidating small districts will reduce costs, limit duplication and put more money and resources where they belong: in the classrooms.”

A decade ago, this news site included school district consolidation among its ‘95 Theses‘ of government reform.

“For the purpose of eliminating administrative duplication and putting more money into classrooms, South Carolina’s 85 school districts are hereby consolidated into one statewide district which is divided into thirty ‘regional education councils’ for the purpose of operating individual schools within their region,” we wrote. 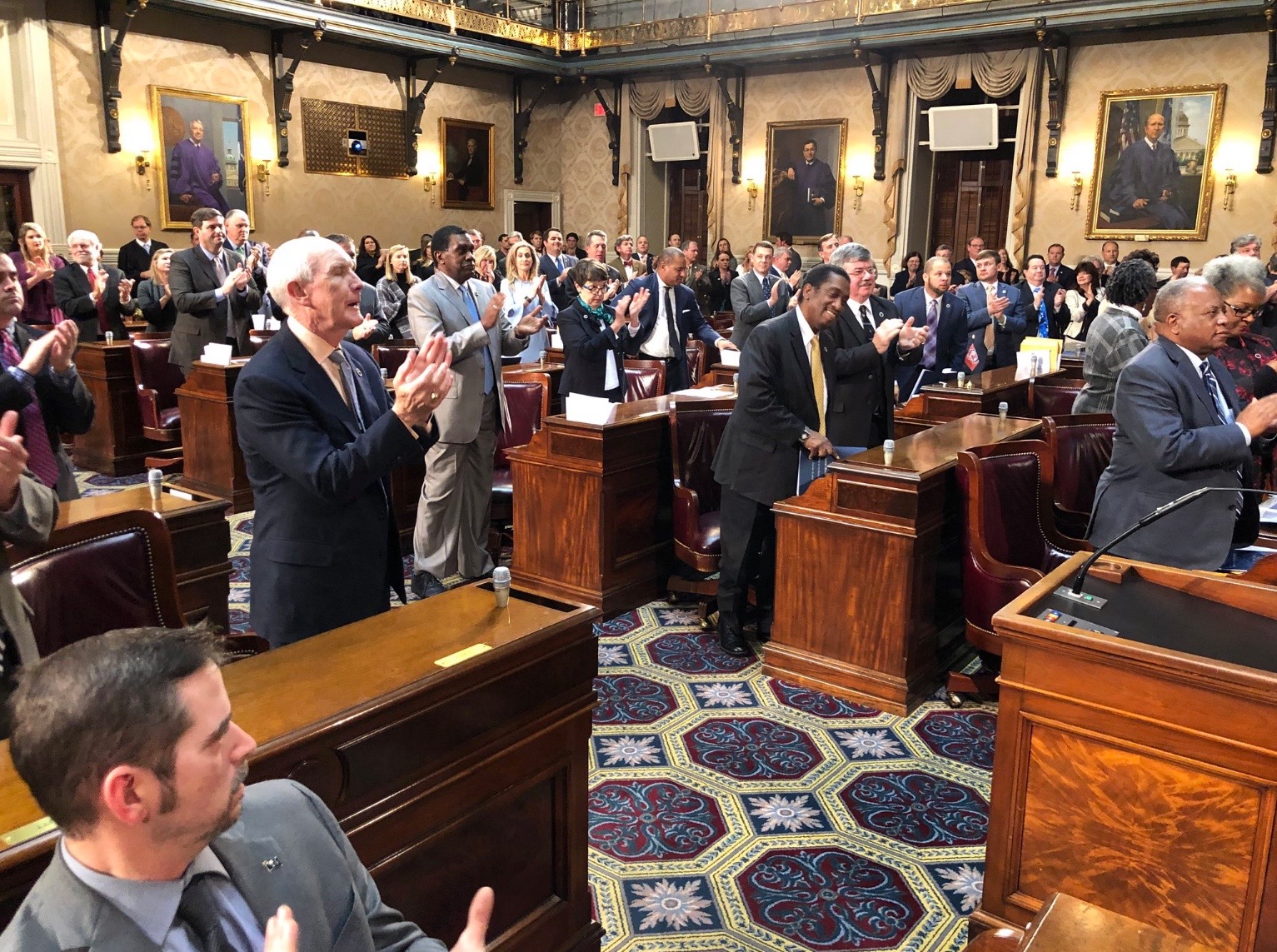 McMaster also deserves props for pushing a long-overdue ethics reform – the extension of the Freedom of Information Act (FOIA) to cover members (and staff) of the legislative branch.  Championed by state representative Bill Taylor of Aiken, such an extension would mark a major step forward for transparency and accountability in state government.

McMaster obviously has very little room to talk when it comes to ethical issues, but he got this one right …

For example, McMaster used the address to highlight his plans to fix the Palmetto State’s spectacularly mismanaged, totally unsustainable pension fund.  These reforms – which include raising the state’s retirement age and moving new employees to a 401(k)-style defined contribution plan – are exactly what the state needs.

Unfortunately, McMaster didn’t come out in support of them until after he signed a pension fund bailout that qualifies as the largest tax hike in South Carolina history.

For months he ignored our pleas on this issue …

We’re not the only ones upset with McMaster’s “leadership from behind” on this issue.

“The time to get the plan reform the governor now says he wants was last session – back when public employees and retirees needed an extra $800 million per year bailout from the taxpayers to make the system solvent,” Davis said last year.  “That was the leverage to get the plan reform, but he gave it away by failing to veto the bill.”

Bottom line?  McMaster’s speech wasn’t terrible, although it was poorly delivered.  It broke no new ground, although it did include a few bright spots deserving of praise.  Unfortunately, it fell far short of the sort of blueprint necessary to fundamentally reverse the Palmetto State’s sagging fortunes.  Also, even if McMaster had offered such a blueprint – his decades of allegiance to the corrupt status quo in Columbia have rendered him unfit to be trusted with carrying it out.

We approached McMaster’s speech with an open mind – and we heard a few things we liked from him – but ultimately he provided nothing resembling a compelling reason to entrust him with a full four-year term as South Carolina’s governor beginning in January 2019.